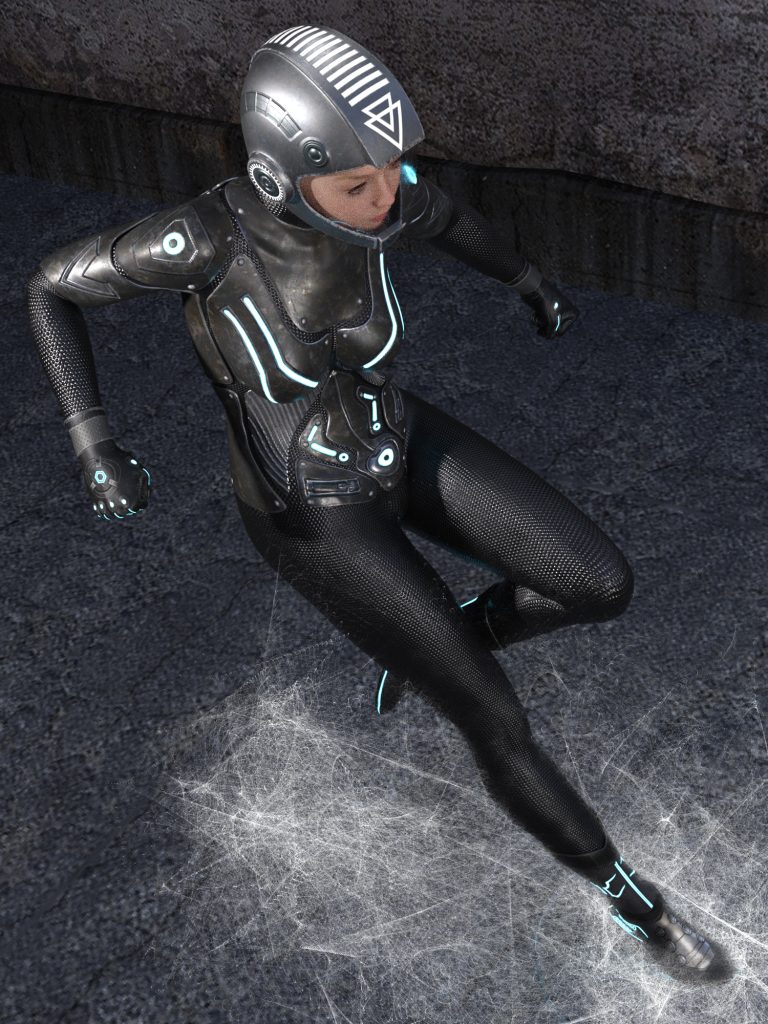 Eva is one of two known Alpha Superiors working for Zorn. Like others that have “worked” with him, she is believed to have had her abilities artificially added to her. CLEA managed to identify her from missing persons records. No doubt she was snatched by either the Broker or Banshee/Snare.

Able to create localised energy fields from her hands and feet  Eva is normally limited to simply levitating. However Zorn appears to have created a special suit for her fitted with alien tech which amplifies the gravity emission allowing her to fly or clamp herself solidly to a large object such as a wall or ceiling.

As is normal with Zorn, it is likely that he has altered Eva’s memories so she is loyal to him and his work.