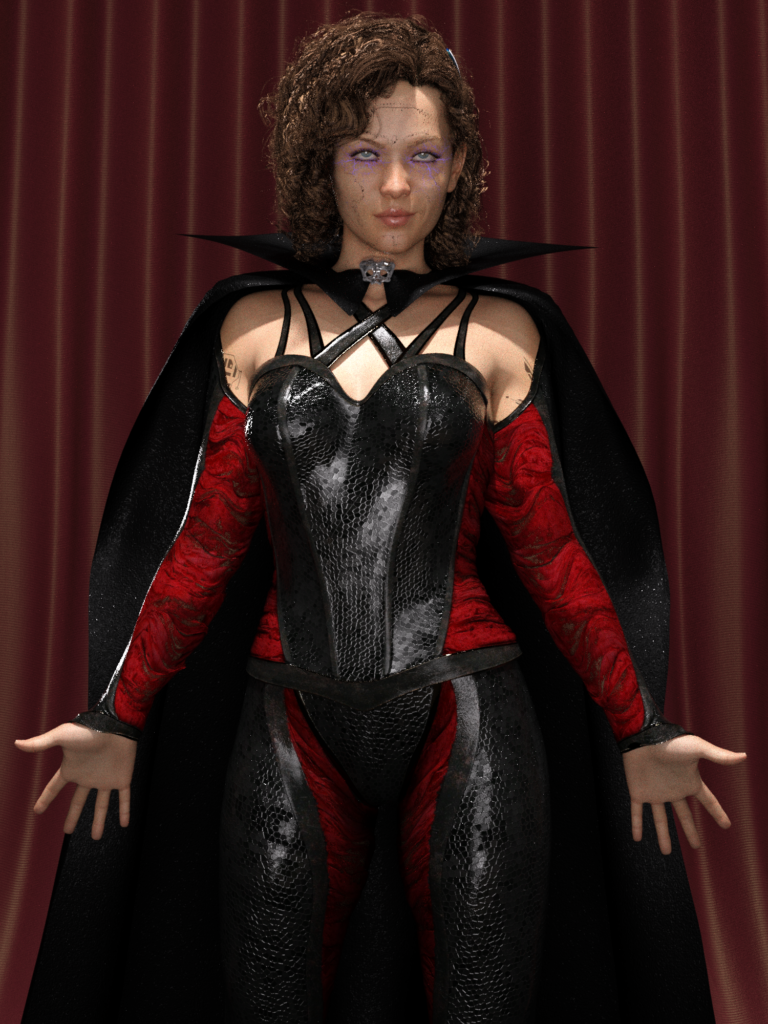 To most people, Ms Magic is a world renowned entertainer. Wherever she goes she is a box office sell out. As well as performing illusions, she also has a particular talent of performing hypnosis as part of her act.
Very few people though are aware that the person behind Ms Magic, Megan Griffiths is suspected of being nothing short of a criminal mastermind. Whilst growing up in Europa she showed no signs of ever being into wrong doing. In fact she shunned those that did, choosing instead to study hard.
One thing that did emerge in her school and college years was her natural talent for entertaining others. She took part in stage plays and school productions and when she went to college she studied drama. In her spare time she found herself taking a fascination in magical illusions which would eventually see her drop formal drama and instead become a stage magician after leaving college.
Before she became a big name, tragedy struck when her parents were knocked down after a coach went out of control and ran onto the sidewalk, killing them and several others. Megan was devastated at her tragedy and close friends reported she was “changed”. Worse still, following the police investigation which found the coach company responsible for failing to maintain its fleet and falsifying records the company resorted to a dirty tricks campaign in order to avoid paying the victims as little as possible compensation. When that did not work the company was declared bankrupt and the victims got nothing.
The directors would then later set up another company and carry on as before. The law could do nothing and Megan was horrified. She noted that one of the directors had been on friendly terms with Europa’s mayor and believed that there was some backroom politics going on. She told friends at the time that “since the city was protecting those that killed her parents she would one day make the city pay for the injustice, one way or another.” Of course her friends simply considered she was just letting her anger speak out, and when she became famous Megan seemed to have put aside her past.

CLEA became interested in Megan after local law enforcement reported that everywhere there was a Ms Magic show there would be an unexpected increase in crime and robberies. Since CLEA has access to date from police forces around the world they were able to see a pattern.
Agents went back to where the problems started, Europa and eventually learned of her veiled threat from years earlier. Stealing from shops and businesses would certainly be one way of getting her own back on the city but it seemed that once she had finished with Atlantica, she had gained a taste for crime. Analysts thought this unusually since Megan made quite enough money from her shows but financial records would reveal she was never happy behind the scenes and spent money to restore the part of her life she felt missing. Therefore as much as she made she always needed more.

Naturally after the incidents that occurred after her show, the police would interview her as part of the ongoing investigations since the thefts were all committed by people that had been in her audience. They could however not charge her with anything since she was never found in possession of the stolen goods and she had no direct link to the suspects. What made CLEA suspicious of hypnosis being involved is the fact that the “thieves” on each occasion have no recollection of why they wanted to steal an item, nor do they know where they have stashed their loot. Most are well respected and have not so much stolen a chocolate bar in their lives so suddenly robbing a jewellers does not make sense.
Knowing she is behind a crime is not the same as proving it which is why neither CLEA nor any other agency has managed to arrest and charge her formerly. The only way to do that would be to witness her or a member of her crew collecting the stolen stash following a robbery. However she seems much too clever to fall for that trap.

About the one occasion anyone has ever got close to formerly detaining Megan, it was the Phoenix Alliance that made the move after noticing the same pattern CLEA intelligence had noticed.
The attempt ended in failure because a riot erupted after the show had finished. Local authorities had enough to deal with especially as a number of heroes were also involved and seemed to have gone rogue.
G-Whiz would later make a formal report to CLEA, stating that when they tried to detain Megan she was not bothered until they suggested taking her to a telepath to learn the truth behind her crimes. It was at that point the stage lights flashed in a strange pattern and the crowd became violent with each other. Some of the Phoenix Alliance members also went crazy at the same time so G-Whiz could only conclude that as well as using “traditional” hypnosis methods, Megan also employs technology (e.g. flashing lights) and/or possibly an airborne agent to turn her victims into willing accomplices.
With no proof that she had done anything wrong and claiming the flashing lights were little more than a faulty electrical connection, law enforcement had to let her go since the only evidence left was G-Whiz’s word against hers and since his team were involved in the riot the chances of making anything stick in court were next to none existent.

After such a total fiasco G-Whiz, made available special contact lenses and other equipment to counter the latter. He not only supplied this to his team but also made it available to CLEA in general via the Knight’s Forge.

This seemed to force Megan into the shadows for over half a year. When she next appeared she had now gained a means to mind control others via mystical means. Best data suggests that as she had no mystical skills originally she could have obtained a totem to assist her. This means with her natural skills, technology and mystical abilities when used in combination there are not many ways to avoid falling under her control.