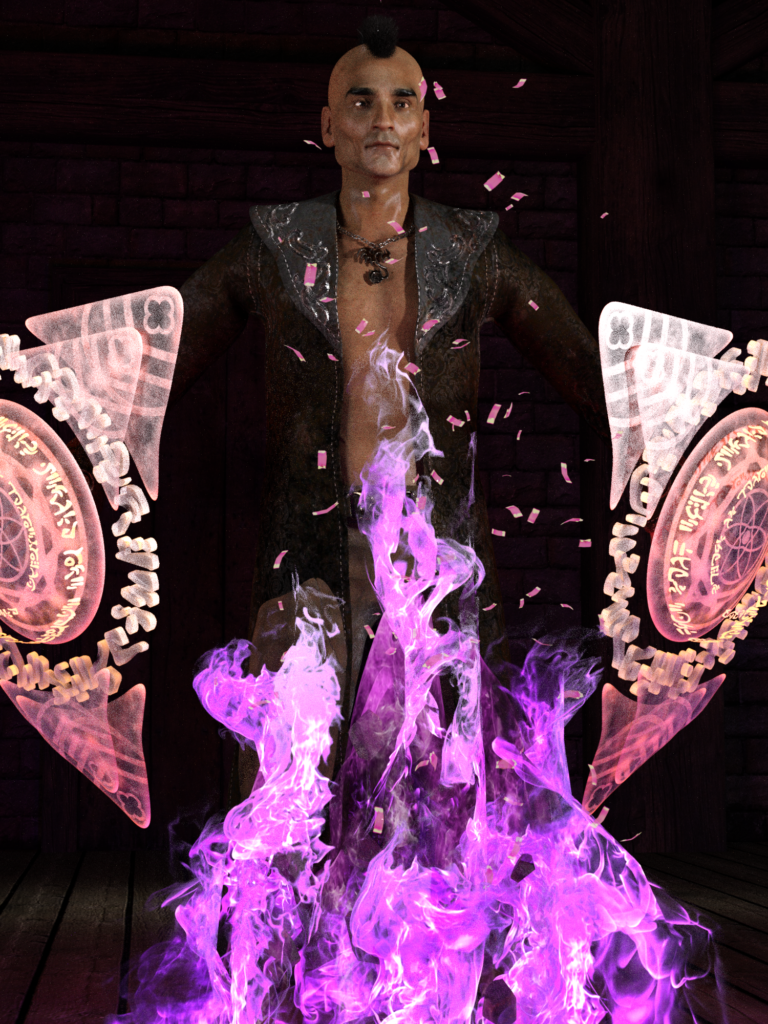 At one time Henry was a successful businessman and the only connection with the occult was it fascinated him and he liked to collect items. As far as studying an learning how to use the artefacts he was not overly interested. It was merely a hobby.

At twenty years old he met Olivia. It was love at first sight and they were quickly married. For two and half decades the pair were inseparable and then tragedy struck and Olivia was killed in a car accident. Her death tore his world apart and he entered a deep depression and tried to kill himself with an overdose

Though he did not succeed he did enter the spirit realm and saw his wife. Her love for him had trapped her there. After paramedics saved his life, once discharged from hospital he started studying his collection of magical artefacts, convinced he could pull his wife from the spirit realm.

Obsessed with this goal he started studying dark magic and as with so many others that had worked with the dark energies, he was unable to resist its lure. The negative traits of his character became influenced with the negative effects of the magic. As his power grew he sought extra help in his task and started summoning demons and demand they restore his wife. He had tried Angels but dark magic could not bring them to the mortal realm.

Knowing whom he had to deal with Henry travelled to the spirit realm whereupon the Gatekeeper immediately expelled him but not before admitting his wife had been sent onwards to the realm of Light.

Dark Magic by then had already taken its toll on Henry. Though deep down he knew his wife could not be returned, he was so determined to bring her back that nothing would stop him from that accomplishing that task.

He became the Necromancer and using his magic skills he has tried numerous times to get his wife back. Demons and other “evil” magical entities have seen his actions and corruption as a means to get him to do their bidding by telling him they know how to get her back. Of course she can never be returned but such is his madness that he is no longer able to see clearly.