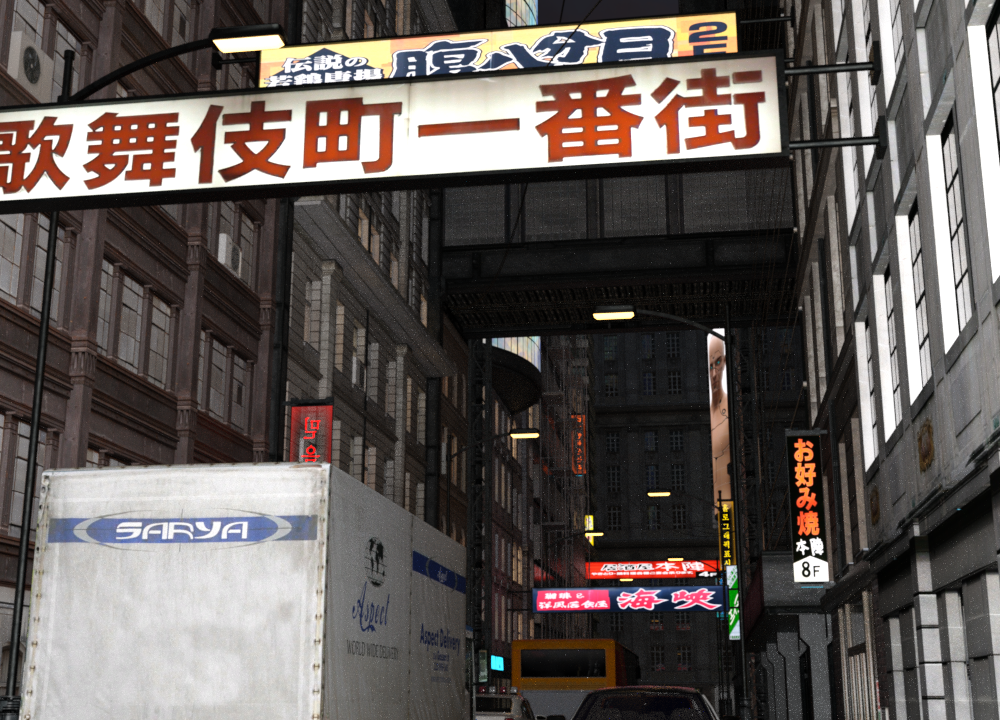 New Tokyo is the newest of the Megacities. Unlike the other three is was not built on the destroyed remains of a previous city. Instead it was established on reclaimed land on the east coast of Australia.

Before the comet impact destroyed their homeland, many Japanese fled to Australia and concentrated themselves in the same area. Though grateful for the Australian Government for allowing them to stay, the Japanese populace  wanted to retain what little they  had of their culture, rather than spreading far and wide across the continent . With fears of overcrowding  and local people upset with their presence, the Japanese felt  that it would serve their best interest if they built their own “Little Japan”.

Seeking permission from the Australian Government the Japanese set about reclaiming land from the sea on the East Coast of Australia. From this they built their own Megacity and named it New Tokyo. The designs and layout contain many references to Japanese culture and too many of the displaced population New Tokyo is considered their “homeland”.

Whilst at a casual glance New Tokyo appears smaller than the other Megacities it is only the central high rise area that is smaller. When taken into account the outer sprawling areas, New Tokyo covers the biggest area of any Megacity and has the largest population.

Though many of the building appear to be old in appearance, that is part of its architectural design for New Tokyo employs some of the most highly advanced technology and innovations. In the central district the bright lights ensures the city never sleeps and it is a well regarded tourist destination.

As well as an airport and rail links to parts of Australia, New Tokyo has smart roads that allow AI vehicles to navigate without the need for a driver, although few tourists use such options when available. The city also has an underground maglev rail system that allows extremely fast and efficient rail travel across the vast sprawling area.