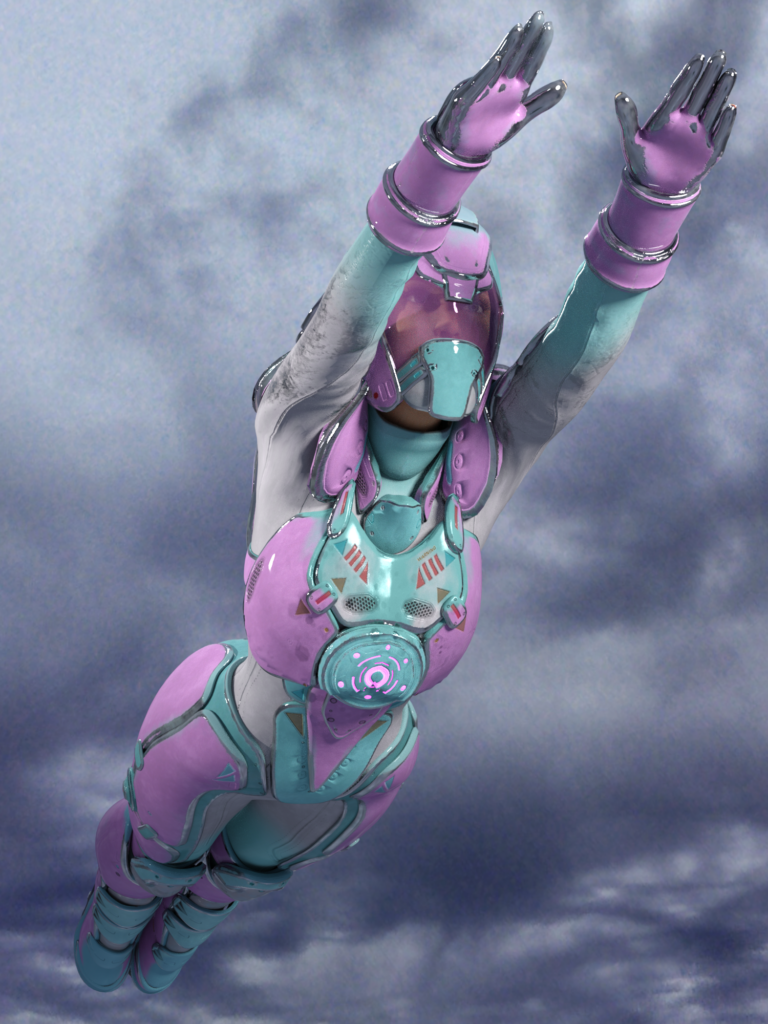 Bianca was one the great many Alpha humans who was unaware they were not “ordinary” humans. Giving up at birth she was moved around foster carers who found her uncontrollable. This stemmed back to  her first foster parent where unbeknown to his wife, the man was abusive to Bianca which led to her hating those in authority as nobody believed her. He would eventually be convicted but only after a review uncovered the truth many years later after other girls had reported “problems”.

Hating adults turned her highly aggressive and rebellious and Bianca became heavily involved in gang culture as a means to regain some inner strength. As a teenager she frequently acted as a drugs courier and shop lifted. By the time she was in her late teens she was involved in mugging. Being a minor the law could only send her to juvenile detention which meant she was never off the streets for any great length of time for her petty crimes.

She stayed with the same gang until her early twenties and then everything went wrong. The gang decided to rob to steal cash from a shop and instead of the usual smash and grab one of the gang members pulled out a gun. The shop owner panicked and ended up getting shot. The gang scattered and the man later died in hospital. With CCTV showing the gang leaving the building she knew if she was caught then no longer being a minor meant that she would get jail time for being an accessory.

Though the gang had worn gloves and kept their faces covered police identified the gang but could not prove who had the gun so they started putting pressure on everyone. Whilst the other member of the gang held their nerve and said nothing, the guilt was too much for Bianca. Though she did not mind stealing she never actually wanted to hurt anyone and now someone was dead she felt she could not stay silent.

In exchange for a minor misdemeanour charge and a reduced three month sentence she agreed to identify the killer and testify in court. Her evidence helped get a conviction but she still had to serve her time.  Once behind bars she found life very difficult. It seemed early on that the gang had “friends” inside her prison who made her life hell. She however survived in the end and upon release headed as far away from Pacifica as possible and tried to start a new life in Atlantica.

Bianca’s troubles followed her. The gang wanted revenge for her turning against them and they were not going to stop until she was dead. However by the time they found Bianca, her body was starting its transition from Alpha Inferior to Superior status. The shock of running into them was the trigger to complete the change and when they boxed her into a dead end she inadvertently used her Alpha abilities for the first time, blasting them all and pinning them against a wall.

The gang was surprised at her unexpected attack but not as surprised as Bianca was. Whilst she worked out what was going on they chose to attack again. Any other person would have abandoned going after an Alpha Superior but they were so angry they ignored logic. Though she did not know what she was doing she succeeded in sending her would be attackers flying. This time they chose to leave but not before warning that they would be back.

Having figured she was an Alpha Superior, over the next few days she tried to learn how to use her gift. Then when she got a handle on that she had to make a decision as to what to do next. Though much of her life had been spent in petty crime, the death of the shopkeeper had opened her eyes and she wanted to atone for her past. Her “gift” had given her a new start so now she was going to use to try and stop other children falling into gang culture and put a stop to the crime bosses who were the people who ran the gangs.

Donning a makeshift outfit she became “Nimbus”. It would take some time for her to get noticed by the general public and when it happened it was for the wrong reasons for she intervened in an armed robbery and got herself shot in the crossfire between the police and robbers.

Her heroic act caught the attention of the world, and more importantly the Phoenix Alliance who were linked to the Knights Forge. Whilst she was recovering in hospital, she received a visit from Cade Lewis. He explained who he was and  told her he could  provide her with some better protection than her home brew outfit.

After getting discharged from hospital, he met her again and took her to one of their “development” labs where she was outfitted with some lightweight armour which would provide protection from small arms.

From that moment onwards she never looked back. In time she even worked with the Phoenix Alliance and would be added to their long list of reserve members.