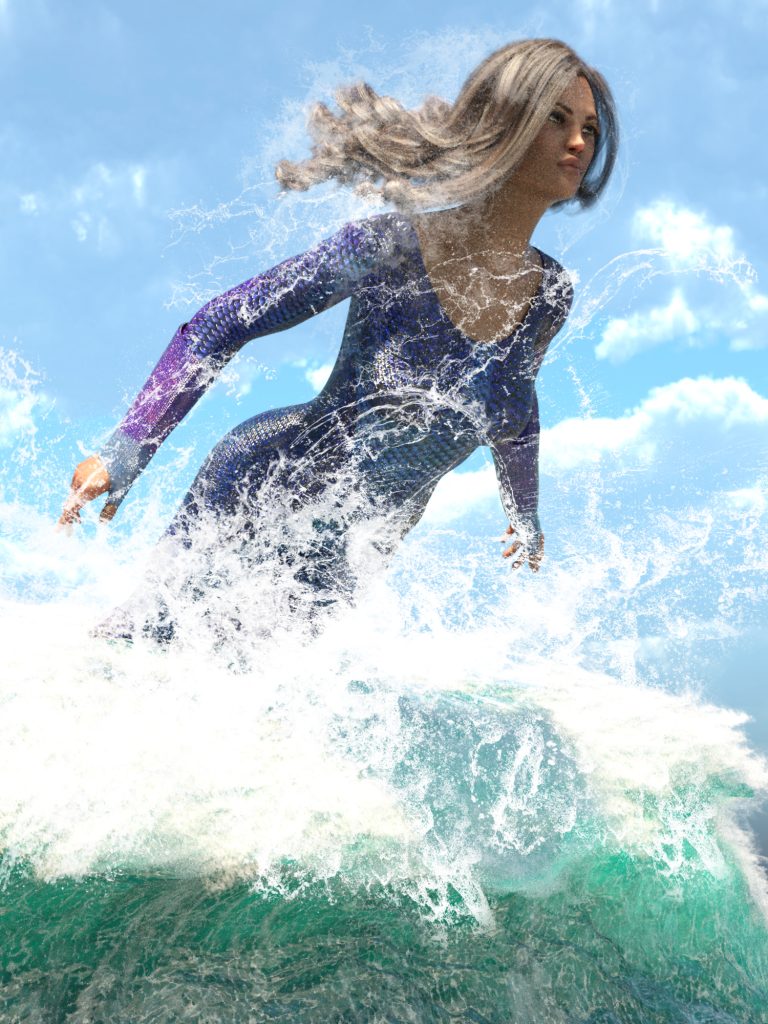 Nina Dupont always considered herself “average”. Whilst at school she was never at the top of her class but she was neither at the bottom of the class. Looking back on her early years, she found it ironic that neither she nor her parents noticed she was unusual in the sense she never got ill. Her parents thought they were just “lucky” without realising she was an Alpha Inferior. Even her doctor missed the usual indicators (including the diamond shaped birth mark), which was why she still received inoculation jabs despite not actually needing them.
Upon leaving school, she found work as a secretary and flitted around several companies in similar admin roles before joining a legal firm in the financial district of Europa and her career never progressed from there. Never one to be ambitious the work suited her and she was quite content with her lot in life. Then came her twenty seventh year and everything changed.
It was the summer time that she suddenly developed an itchy rash and sensitivity to sunlight. For someone who had never been ill that was quite an alarming situation for her. Though she knew she should go to the doctors they were busy at the law firm. In her line of work she was easily replaced so rather than risk finding out she might need to go on the sick, Nina decided to muscle through her illness. That tactic seemed to work for a few weeks later everything returned to normal.
Another two months would pass and she started to forget about her mystery “illness” unaware that she was now an Alpha Superior and it only needed one unexpected surge in adrenalin to trigger her special ability. With a fairly dull life outside of work the trigger might have taken some time since she did not engage in sports. Then one night she crossed a quiet street on the way home and was not paying attention to the traffic. She rarely saw any in that location so when a car horn suddenly snapped her out of a daydream it was enough to trigger her Alpha ability for the first time and activate it.
Crossing quickly to the other side, she looked at the car that has come close to hitting her, and its driver wildly gesticulating obscenities in her direction. Once it roared off she became aware of a trail of water behind her that started in the middle of the road. Tracing it backwards the trail ended up at her feet which she thought was odd since it was not raining and she had not stood in a puddle. Then she looked at her hand and discovered she could see straight through it. Instantly she started to panic and when she did her clothes seemed to fall straight through her body. Looking down her entire body seemed to be almost transparent, and when she caught sight of her reflection in a window, Nina realised every part of her had transformed to become the same.
She continued to panic for a few moments but once she started to try and think rationally and calm down her body returned to normal, albeit she was now naked since her clothes were on the pavement. Luckily for her it was a quiet road so she got dressed, hoping that nobody had seen her. Then she ran to her apartment as fast as her legs could carry her. Once safe in doors it was then that Nina tried to understand what was happening to her by trying to recreate the same feeling she had felt whilst in the street. She already guessed she was an Alpha Superior although she did not quite believe it but it seemed the only rational explanation. Concentrating on the time the car had nearly hit her, Nina once more transformed.

Over a few weeks she began experimenting and learned each time she changed form her body became comprised of water. At first she could not pick up objects but in time learned how to vary the cohesion of her body so she could be solid enough to pick up objects or liquid enough to turn into a pool. Despite something of a novelty she decided her life was already complicated enough without becoming “one of those heroes”.

However like so many reluctant heroes that tried to escape their destiny, fate would intervene and the event that changed her mind was one night on her commute she witnessed a group of men mugging an elderly woman. No doubt she would have become another victim if she had not been an Alpha Superior but watching the gang attacking a helpless individual made her angry. Choosing to act rather than think, she transformed into her water form and her very appearance caused the gang to flee without their prize.

From then on she decided she would use her gift to keep her neighbourhood in Europa free of criminal scum. This was about the first time in her entire life she had ever done anything “exciting” and she started to like it. Nina became the hero known as “Torrent”.

However her gift had a drawback in that she was always completely naked. That certainly had the effect of distracting criminals but she always felt embarrassed despite the fact nobody could properly identify her.
This would eventually change when the Knight’s Forge discovered her after noticing her “work.” The Forge felt that since she had showed a selfless desire to help her community, then Nina should at least keep her dignity. To that end the scientists came up with an outfit with molecules that could lose their cohesion like her, thus allowing her to remain “clothed” in both forms. Upon receiving the gift the Forge suggested she was perhaps not using her abilities to the full which might leave her with an exploitable weakness an enemy could use. They also suggested she perhaps work with one of the hero groups since lone heroes were often the most vulnerable. Nina decided against that idea since the teams she had heard of all seemed to spend most of their time flitting around the globe and she wanted to remain in Europa.

She did however take the advice of testing her ability to the maximum and in doing this she learned she could add “water” to her alternate form to grow larger, could “swim” down pipes and vary the cohesion of parts of her body so stabbing weapons would harmlessly pass through her.

Over time her countless battles with criminals and other Alphas would lead to an unforeseen variant of “burnout”. Typically overusing Alpha abilities can lead to the body entering a coma like state and/or losing the means to use such abilities for long periods in time. In Nina’s case she started to lose cohesion in her water state. This was leading to the very real possibility that if she continued to use her abilities she would literally drift apart and die. For a while she tried to be careful but whatever had triggered the degradation started to affect her “human” form.

After seeking help from various sources the Brainbox of the Think Tank came up with an experimental procedure involving gene resequencing via a radioactive isotope to stabilise her condition. Since Alphas were immune to illness Brainbox expected that her body could repair any internal damage. However the statistics did not look good,  with an 90% chance the procedure would not work altogether. Brainbox also warned her that the procedure if successful might even return her to an Alpha Inferior status. There was even a slight chance it could kill her. Despite the warnings she wanted to try.

The procedure appeared to work. Her “human” condition stopped deteriorating but at the cost of her ability to transform into water. However she discovered that the procedure had left her with the means to still control water and breathe in it. Unlike before when she could gain mass by adding water to her own form, Nina soon learned that she could now command vast quantities of water. She still retained some ability to absorb water into her body but cannot retain it, so it is expelled through her hands and feet creating “hydrojets”. The Knight’s Forge then came up with a new costume design to cater for her new abilities.

For a while she retained her old code name of Torrent before switching it to a more appropriate Oceanic.

Whilst on holiday in Australia, Nina decided to try and test her endurance and stumbled on the private island belonging to Lance Mickelson.

After becoming romantically involved, he and Nina decided to create the Harmony Island Beach Resort, a private holiday area where heroes could take a break from their public duties.