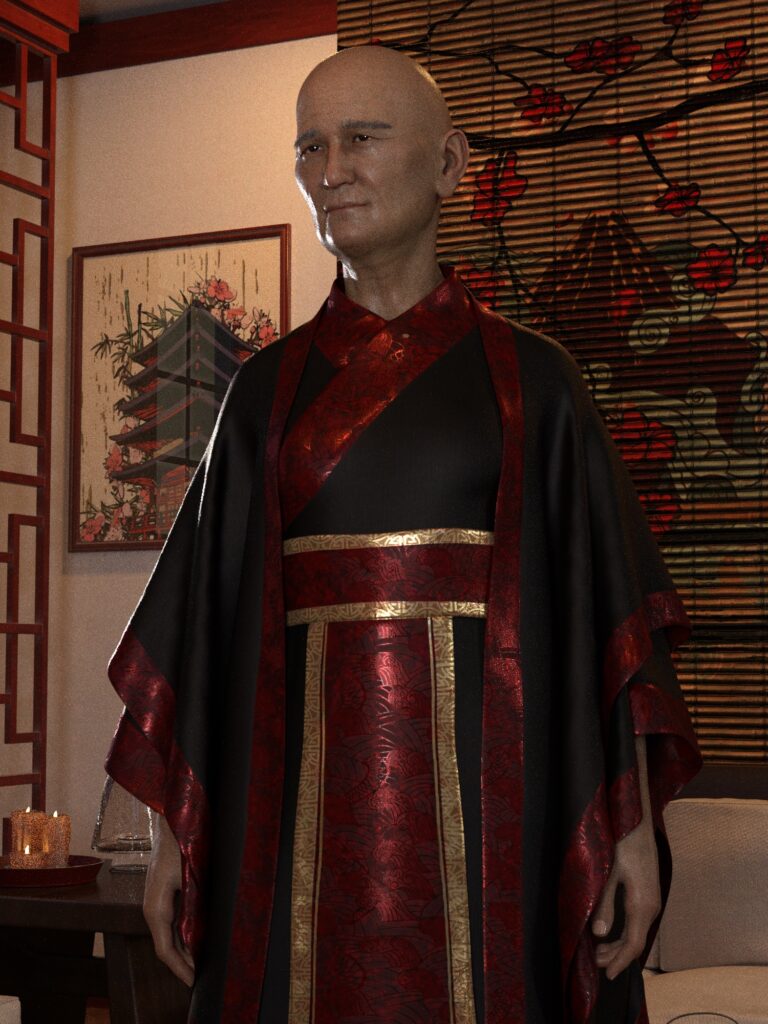 For many years CLEA had heard rumours surrounding Jianjun Yu. A migrant from China that had settled in New Tokyo four decades ago, as far as CLEA was concerned he simply trained people to fight in martial arts. Everything else surrounding him was hearsay and therefore was not relevant to any criminal investigation, until in recent times he reached out to CLEA when two Alpha villains appeared Lock Box and Judgement.

What he told them in the first interviews were original regarded as the ravings of a senile old man. He stated for instance he was well over a thousand years old and that the two criminals were in fact his children. He also claimed he and they were Alphas but not from the meteorite impact of 1972 but one from around the year 972, a smaller less devastating event that had occurred during an impact strike in mainland China which had destroyed his village.
Jianjun claimed the meteorite had “changed” him and though he was not immortal he aged at an incredibly slow rate. He also claimed to have the means to “see” inside people. They could not lie to him and he could also look inside any Alpha, superior or Inferior and simply “know” what gift they had, even if they had yet to transition from Inferior to Superior.

Amongst the other elements of his story Jianjun claimed his children had also acquired similar gifts that enabled them to survive the passage of time and they alone were the only Alpha Survivors of his time. Being in an isolated region of China there had never been the same movement of people as there were currently hence the Alpha’s had died out in just over two generations.

He then told CLEA he had been using his longevity to try and make a difference in his homeland albeit he frequently changed his name so nobody would realise he never aged. However over the years he noticed that his children could not handle their extended lifetimes and their minds had gone into mental decline. His daughter Liu Fang now known as “Judgement” believed fate had decided she would see who was worthy to inhabit the Earth. Having the means to look into a person’s soul, if she did not see perfection she could steal their Lifeforce. His son Zhang Jie now known as Lock Box had a similar idea and decided that survival of people should be down to whom was the strongest. He set about testing prominent citizens of China by abducting them and giving them a series of life or death tests, his most popular one being placing them in a hazardous “dungeon” and if the person made it out they were obviously fit to lead the next generation.
Jianjun explained when he had realised what his children were doing he had incarcerated them in a monastery. Being their father he could not bring himself to kill them so he had over the centuries trained “good” warriors for the day his children found a way to escape and hopefully they could do what he could not.

However in the last century with the reappearance of Alphas he believed he no longer needed to continue his “work” as he though they would be able to perform the same duties as his “warriors.” He has therefore abandoned training people to fight his children but when boredom crept in he had, ironically, returned to training people but this time to achieve their goals and not his. He even claimed to have trained some costumed adventurers as well as famous sports people.

Jianjun then explained that recently he had received word that his children were loose and rather than hoping to rely solely on vigilantes to deal with them he had chosen to reveal his secret and inform CLEA of the threat, believing it was one agency that might succeed in dealing with truth since he believed they would in the end be key to stopping them.

Naturally the CLEA officer taking the statement thought the whole story was a fantastic work of fiction and so the notes were filed away and completely ignored until the activities of Lock Box and Judgement began to get noticeable. That was when the story seemed to bare some truth but by this time Jianjun had retreated to the shadows since his children see his actions as a threat and unlike their father they have no qualms about killing him.

Since then appearances of Jianjun appear to be sporadic. As far as anyone knows he still trains people in martial arts but the only time he is seen in public is when he’s in the company of his adopted son Tatsuo Mori (Lifeforce) or he is seen fighting side by side with recognised heroes who are opposing Zhang Jie or Liu Fang.