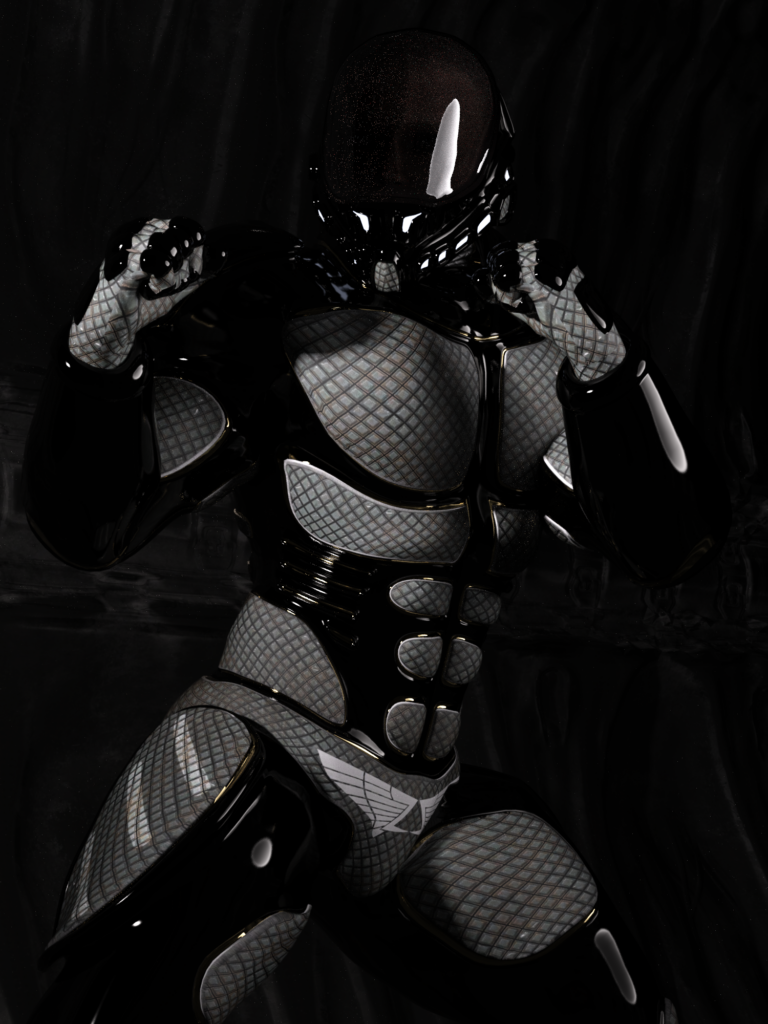 Viggo comes from an alternate version of Earth which never had the meteor strike and the Eopua never selected humanity to be the new protectors of the galaxy. Without the comet, there was no period of rebuilding. Consequently on his Earth progress in regards to technology never stopped, meaning he comes from a place with far advanced technology than ours.

The other major development is the world eventually unified and there was not need for military might. Instead all aspects of law became handled by the Peace Keeper Corps of which Viggo was a member. To solve problems of dwindling resources scientist solved the problem where Viggo came from in a rather novel manner, the created breach tech that allowed them to travel to parallel realities. There was only one rule they adhered to in regards to visiting other realities and that was if the destination was inhabited they had to leave it alone. On other version of Earth the planet was untouched or barren and in those places Viggo’s people could extract all the resources they needed.

On ever mission, before any workers went over, squads of Peace Keeper Corps would be deployed to check if there were any problems and to also scout around to see if there were any inhabitants. As soon as the squad decided if the area was suitable or indeed unsuitable they would operate a transdimensional signaller and a breach would be opened from the other side.

It was during one of these transitions that Viggo fell foul of our world Rift, in the infamous “Breach Day” incident. Caught in the mulitple opening breaches, Viggo was thrown into our world and with his signaller damaged he could not ask for a passage home.

Stranded like a future shipwrecked survivor Viggo chose to try and survive without “contaminating” our world with “advanced technology”. Eventually he located Rift at the Harmony Beach Resort but with no point of reference and thousands if not millions of realities, finding the correct one that would take Viggo home was next to impossible.

Needing a purpose in life, Viggo chose to resume the roll he had performed since leaving school, that of a peace keeping officer. As he felt his knowledge might create problems if he joined any official agency he chose to become a costumed adventurer and the press eventually named him “Powerhouse” due to his amazing armour.

Though he yearns to go home, he has at least found a way to exist in our reality and chosen to make acquaintances with out heroes to avoid loneliness.