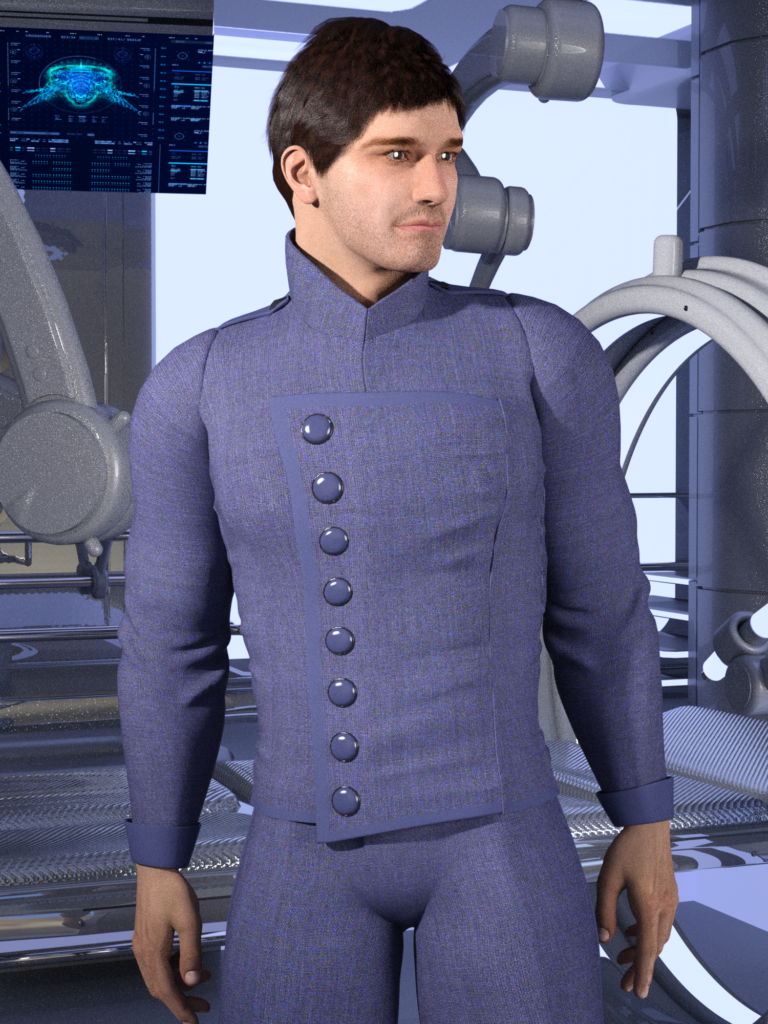 Along with Ellie Watson, Ethan Blanchard is credited with forming ARGO. His father had died at an early age from MS and the loss stuck with him. For this reason he wanted to be a doctor when growing up. Though the ideal of curing everyone was impractical, a mere child’s dream.

At university he met Ellie Watson who seemed to have an identical dream to him.  Though the basic premise  to cure every human disease was theoretically ludicrous, one branch of the human  race had the actual cure as part of the genetic make up, namely Alphas.

Scientists had long sought to find the key which separated ordinary humans from Alpha humans, the fabled “Alpha effect”. By studying medical biology he hoped to one day be the person to find the answer, and Watson shared the same passion. Alphas had often helped provide research but by the time he and Ellie graduated, Black Shadow had sent them all into hiding.

The pair went their separate ways, resided to the fact that without Alphas they stood no chance. Blanchard pursued his education and career at the same time and garnered a couple more medical degrees. Around that time he completed his last qualification, times were changing again. Team Zodiac had brought down Black Shadow and Alphas had started to come out of hiding.

A chance meeting at a medical seminar saw him reunited with Watson and rekindled their university dreams. With the right contacts and backing they were able to set up ARGO, a research company with the purpose of finding the elusive Alpha effect.

At first it was very much a legitimate company and though its research made many interesting discoveries, the “super cure” always eluded Watson and Blanchard. Some of their work allowed the creation of CLEA’s dampening collars that could prevent an Alpha Superior using their abilities. Supplying such collars to CLEA’s prison population gave them access to  a new source of volunteers  but when ARGO starting to misuse test subjects, CLEA broke off their agreement. Though prisoners had committed crimes they were still supposed to be treated with some respect. The ARGO scientists and researchers were just using the prisoners as lab rats and did not care what harm they did with their experiments so the company was shut down.

Blanchard though could not stop and so helped find alternative income. There was profit to be made if they solved the problem and some pharmaceutical companies thought an off the books investment might make them very rich, providing of course the paper trail did not point to them dealing with criminals.

Now illegal, ARGO went underground. Though much more difficult to operate, now they did not need to follow the rules. The trick though was finding employees that would not care about that, and staying one step ahead of the law.Setting up temporary facilities sorted that problem but they had major problems with equipment. Their backers did not like to lend equipment as it created a paper trail and each time they were forced to abandon a lab they left equipment behind. This “problem” was eventually cured by Blanchard and Watson hiring a third partner. McEwan had the technical means to build everything they needed on site.

Despite his skills Blanchard has allowed the pursuit of his goals to create problems that would come back to hurt ARGO, namely its victims. As well as CLEA and the Law enforcement community they have to be on guard for others seeking revenge against ARGO and him personally.