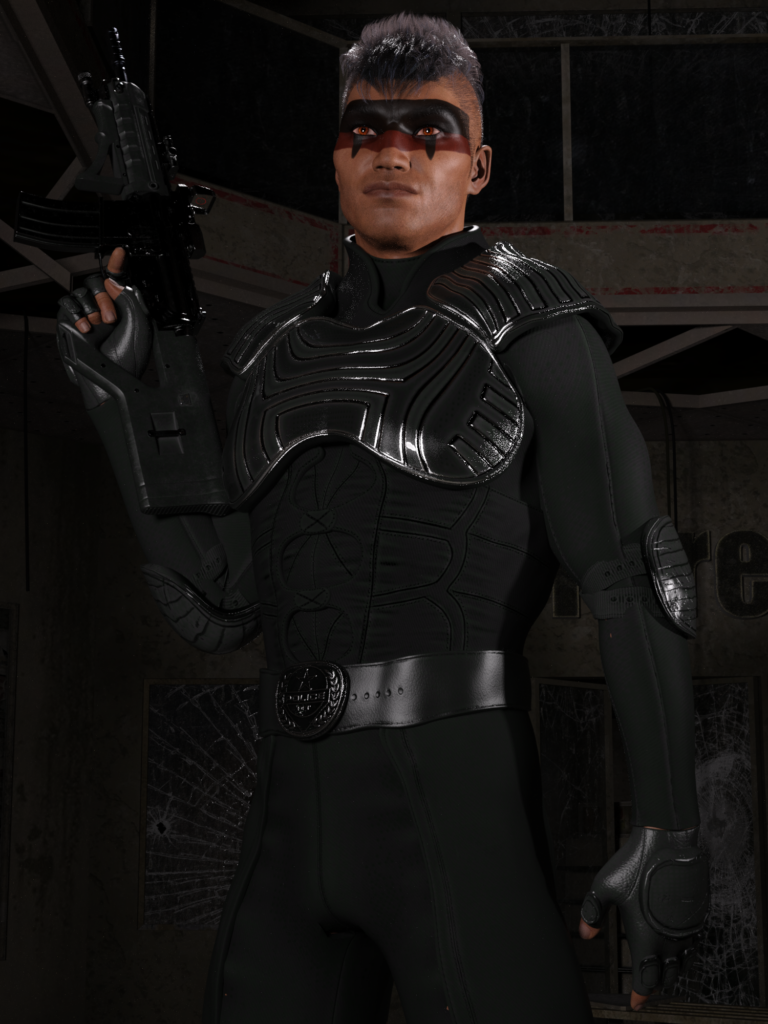 Whilst Citadel uses Agents with alien enhancements/armour for many specialist duties, the criminal group still relies on more “traditional” soldiers to deal with easier problems. At the base level Citadel employs security guards at all its facilities. With CLEA constantly interfering the most sensitive research tends to be moved around. Such as facility if then considered the “Primary”. Wherever the Primary facility is established, the best of the security forces are stationed and their work is divided between two teams, an internal security and an retrieval team.

Hakan Dalton is the leader of the retrieval team code named Repo. He was once trained as a marine but after his unit was wiped out whilst dealing with a hybrid threat he grew resentful of the fact that his superiors still wanted to protect hybrids rather than wipe them out. He made his feelings known as after leaving the marines, Citadel requested his services.

As they seemed more proactive in dealing with alien and hybrid threats, Hakan joined them and quickly earned the respect of those higher up. Eventually he was given the task of creating a retrieval team.

Their main role was to recapture “escaped” experiments before the authorities become alerted. Hakan recruited other like minded ex military individuals and named the unit Repo, short for “repossession”. Over the years the number in the unit have varies from twelve to twenty.

Such was the potential of the unit that Repo would eventually be dispatched to snatch potential test subjects but only in operations where a teams presence is not likely to attract attention.

When not on missions away from the facility Repo is used as an additionally layer of security, working alongside the Aegis security team.

Though supplied with body armour made from advanced alien composite materials, Repo uses conventional weapons. This was a suggestion by Hakan as it allowed Citadel to employ ex military personnel without having to spend time training them in prototype weapons.