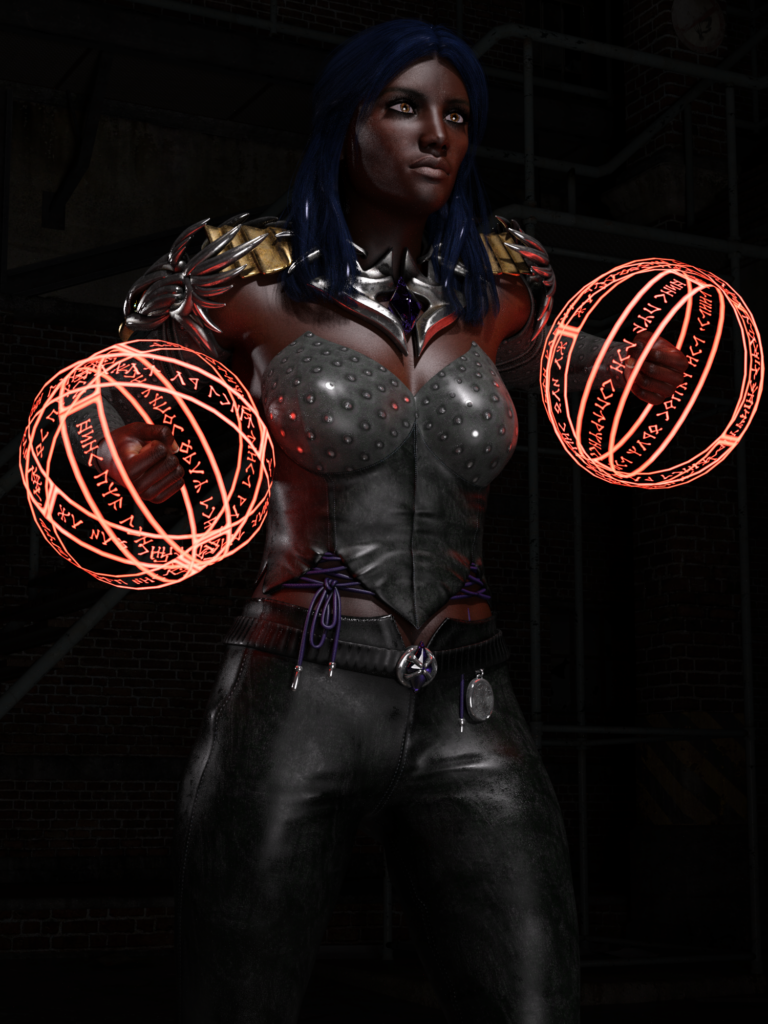 Over the years, Big Ron, unlike other crime bosses had shown he is prepared to explore different types of assets to bolster his power. He is therefore one of the few to actually employ the services of someone who uses magic.

In the case of Shaneka she actually sought out Ron. A self professed expert in dark magic she had found a technique to increase her power by stealing the life force of victims and using it to bolster her spells and incantations. She was trying to explore that area of magic more but without a supply of people to steal life force from her work was in limbo.

Figuring that organised crime was the key to solving her problem she met with several crime bosses. Most did not believe in magic even after demonstrating her power. Ron however did, and struck her a deal. He would give her the “resources” she needed if she would protect him from his enemies.

Of all the dark magic specialists, Rook is one of the few that has avoided the need to work with demons. Her lack of ethics and trail of victims though has seen her attract the wrath of Angels and magic wielders such as Twilight.