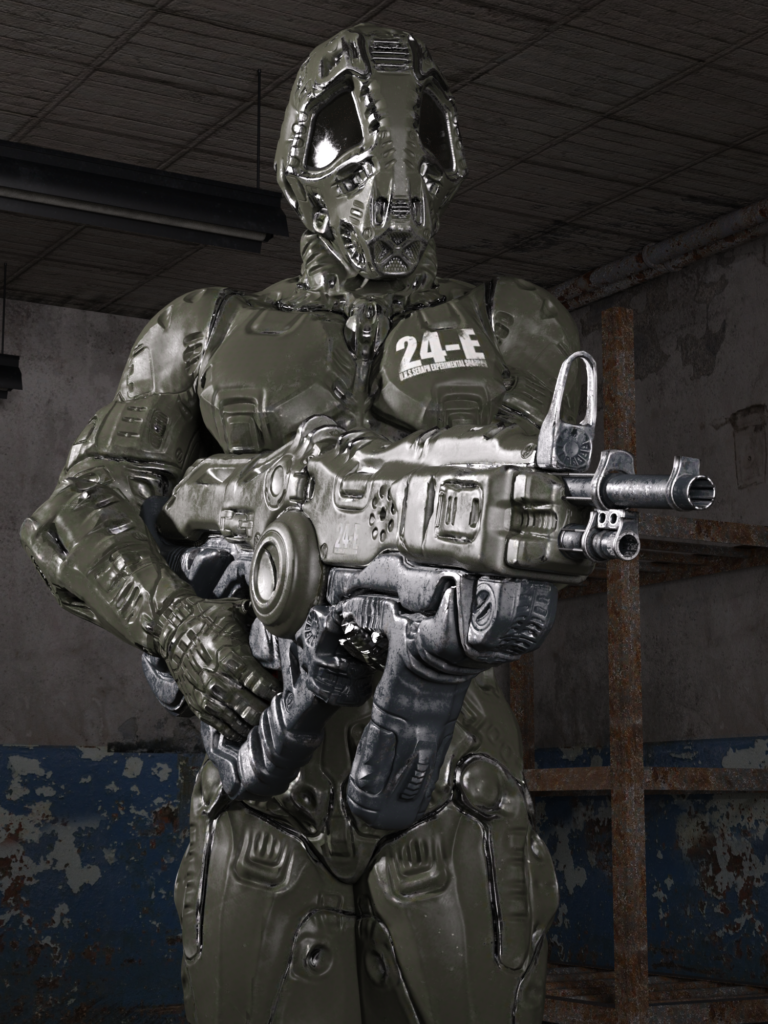 Winston had worked for Big Ron for many years but never got anywhere in the organisation. He was not massively strong nor did he had any particularly great fighting skills. His time to shine though came when  Big Ron had faced another defeat by heroes. That normally led him to seeking “alternative” forms of help. In this case he approached Dr Blacksmith and asked her to make him a suit of armour that could be used by one of his people to take on  and defeat powerful heroes.

It took several months and cost Ron a good deal of money but Blacksmith was as good as her word. The suit when worn had servos that increased the wearers strength. However to keep the movement fluid the wearer needed an implant fitted into the brain. When Big Ron asked for volunteers from the lower ranks many baulked at the idea. Winston though saw it as a chance to finally be “something”.

The operation to attach the implant was painful and took a few days to “grow” in place and it very nearly killed him. However once it was fully integrated, Winston became one with the suit. It would take him time to get up to speed in using it but once he mastered a way of moving he became one of Big Ron’s most vital assets.

Whilst others in his inner circle are more subtle in their approach, Winston is often used as a diversion to cause as much havoc and destruction as possible whilst the others do the “real mission”. This act of causing chaos led him to earn the nickname “Seth” after the Egyptian God of Chaos.