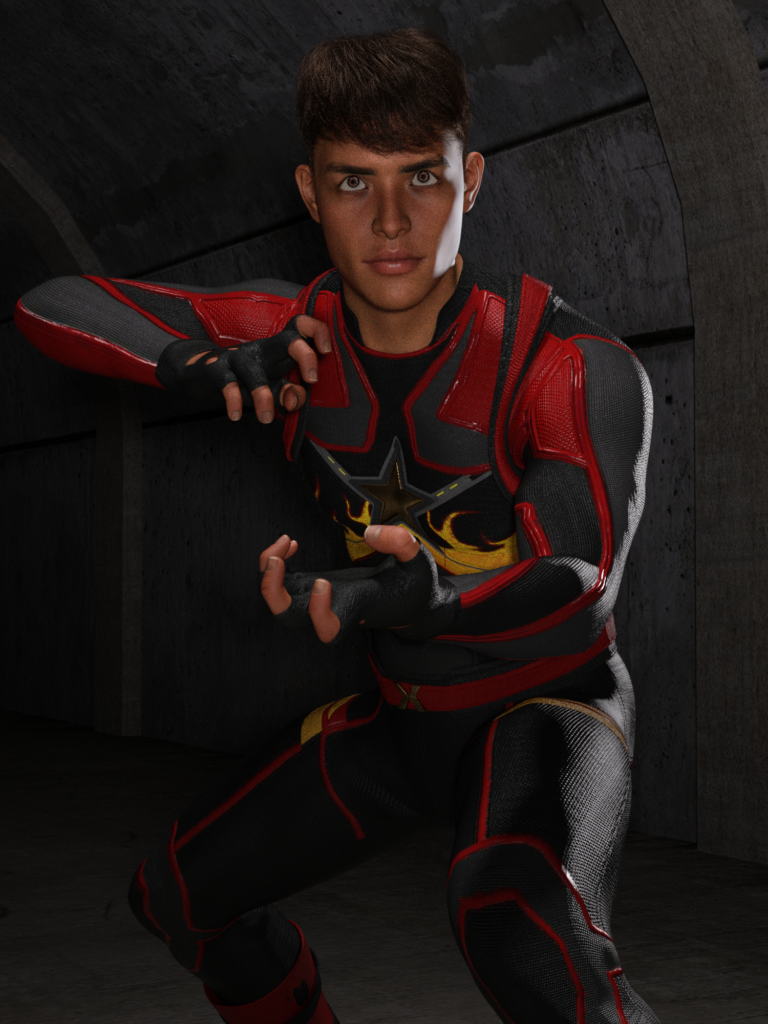 Bruno is a man out of time. During the first era of Alpha Heroes he was one of the best and was responsible for putting away almost as many super villains as the authorities combined. As such he was considered high priority when Black Shadow decided to start its purge. Caught by Alpha Flight, he stood little chance of defeating them alone but even with the odds against him he acted like a true hero and tried to deal with them.

Though by the time they had finished they thought him dead, scientists soon realised that he was in fact alive, but barely. Somehow in the heat of battle he had pulled his own powers inwards and they were keeping him alive but at the same time they were burning him up. Their best idea for survival was to cryogenically freeze him until the process had stopped.

Taken to a CLEA facility, Bruno was placed in suspended operation. He was supposed to be monitored on a regular basis but unfortunately he was caught in a “lightning strikes twice” scenario for Alpha Strike attacked the facility as a means to disrupt CLEA’s operations in the Europa region. Bruno’s pod had its own micro reactor so even buried and with no connection to the main power lines, he survived the attack albeit was left in stasis.

With the extensive damage to the facility, CLEA deemed it too costly to repair and simply cordoned off the area and abandoned it, not being aware that there was one “survivor” unaccounted for.

Over a quarter of a century later CLEA decided to sell the land to a housing developer and it was when the land was cleared to the workers uncover Bruno’s pod. As soon as the first rays of sun landed on the glass, his powers activated and he awoke. He quickly blasted himself clear and then unsure where he was, chose to flee until he could figure out what was going on.

Eventually he pieced together some of what had happened and realised he had lost over twenty five years of his life. To get the rest of the answers he went to CLEA’s modern day headquarters. By the time he arrived, word of what had happened at the construction sight had made its way to them.

CLEA officers welcomed him back and briefed him on everything that he had missed. With everyone he knew having moved on, he was tempted by the offer of joining the White Guardian program and making what was left of his life mean something but in learning that during his era CLEA had faced problems with corruption that had enabled Black Shadow to operate unhindered for many years, he was not sure if he could trust the agency.

Consequently he returned to being a vigilante. That did not however last long. Having felt that CLEA had somehow abandoned him and wanting revenge against Black Shadow he decided to operate outside the law. Eventually this brought him into conflict with newly emerging heroes and in having to fight them led him down the path of darkness.