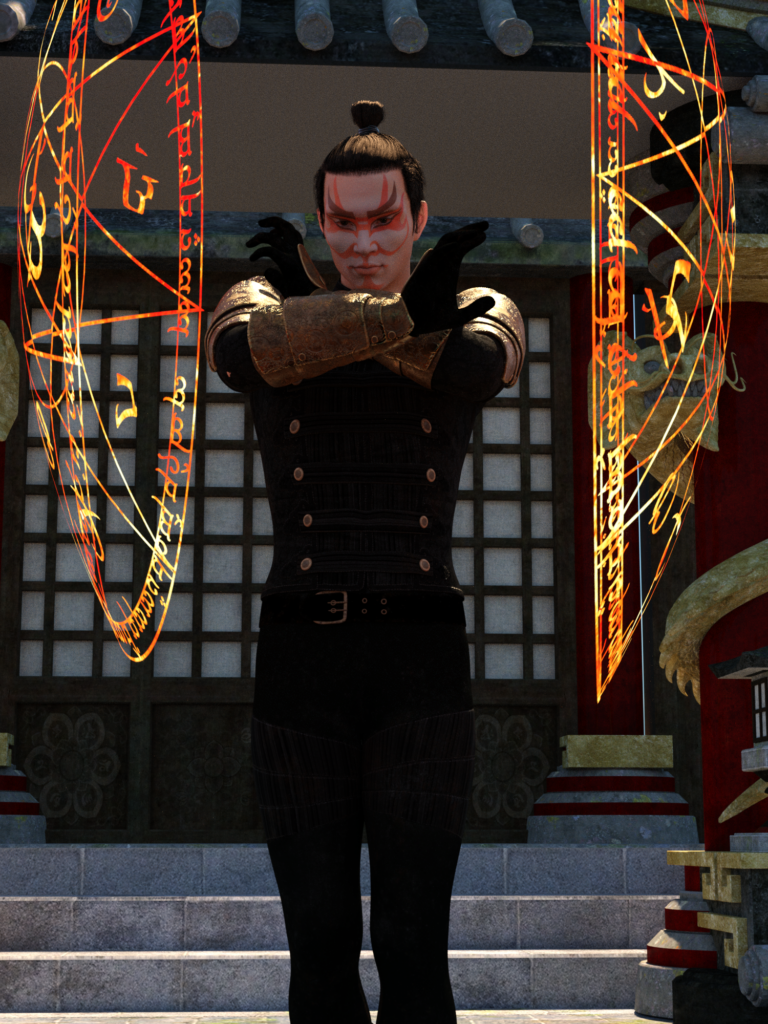 Shroud was technically the “creation” of the Twelve. His father had been involved in some bad business deals and one of them involved a “client” of the Twelve. The client demanded action after losing a large amount of money and promptly put out a contract via the assassin’s group.

The loss of his father was devastating to Kosuke. He wanted revenge but going after an assassins group would have been suicidal. In talking to his grandfather about revenge he was told of a family secret. The family lineage had been connected with mystics and mages in the past. Using the occult was natural to them and Kosuke’s father was due to learn the skills but chose to turn his back. He never wanted anything to do with magic as it had a tendency to lead people down a dark path. He also forbade the rest of the family telling Kosuke of their legacy. Now with his father gone, his grandfather offered to teach him.

Kosuke quickly picked up the skills needed and developed great skill in using dark magic. As his father had once feared the dark energy had a tendency to corrupt the user making them desire negative traits. Though Kosuke did eventually go after the Twelve, unsuccessfully, by the time he reached that level of ability his need for creating pain and suffering in others had become all enveloping. It was like a drug to him so he ended up hiring out his services and became known as the warlock “Shroud”.