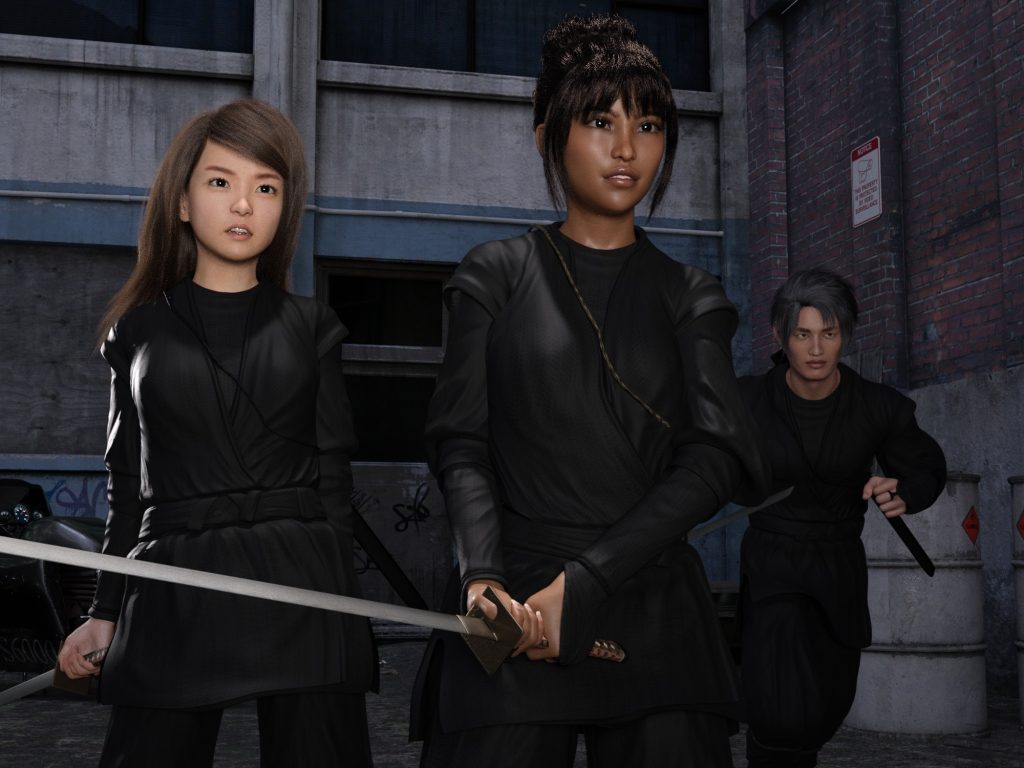 As with every other faction of assassins that work for the Twelve a group known as the Tigers has existed as long as the rest of the organisation. Like the leader known as the Jade Emperor, only the name of person beneath the title changes.

The Tiger “group” have always specialised in stealth, power and precision and in its current incarnation the “Silent Tigers” have maintained this way of conducting its business. Whilst the Tigers work as a highly coordinated group they have in the past been given individual assignments when the Jade Emperor believes the secrecy of the Twelve would be exposed by too many operatives in one location and a high chance of being witnessed.
This was how the forth team member “Rose” (see Wheels of Fury) came to be hunted by the rest of the Tigers because she accepted an assignment and instead of killing her target “Big Ron” of the Renaissance Mob, she was captured instead.

Failing to achieve her goal broke one of the four age old rules of the Twelve. The first of these was that it was forbidden to kill someone that had not been named. The second rule was once an assignment had been accepted it had to be completed without exception. Failure was unacceptable. The third rule was that it was forbidden to expose the existence of the organisation and the last rule was nobody left the Twelve.
By getting herself captured Rose had inadvertently one of the rules which was considered a great dishonour punishable by death. As was tradition, it was up to the remaining team members to correct the dishonour (unless there were no members of the team left to carry out the orders, at which point the Jade Emperor would see to matters).

Though the four of them were good friends they could not disobey their orders and swore to carry them out. Only later did it come to light that another assassin on one of the other “Twelve” teams, a rival to Rose had leaked the information and warned Big Ron to ensure her failure but that left the Jade Emperor with a problem. Since her assignment had been compromised from the outset he could not hold her accountable for breaking the second rule but he had become aware she had escaped Big Ron and every moment she was away from the Twelve she was not only risking exposing the organisation’s existence, rule three but was now operating as a freelance which broke rule four.

That meant his orders would remain although he did not want the Silent Tigers to waste time constantly chasing after Rose when there was other work to be done so he informed the Tigers that the only needed to eliminate her if their paths crossed or unless he decided she was an imminent risk to their secret order at which point every member of the Twelve would have to actively hunt her down.

No longer having to deliberately seek Rose meant the Silent Tigers could return to their outstanding orders but they had lost their high standing in the Twelve and would take a long time to rebuild their reputation. This made the trio resentful of Rose which was why when they did cross paths she was lucky to survive.
Her escaping though only fuels the trio’s determination to succeed the next time they meet.