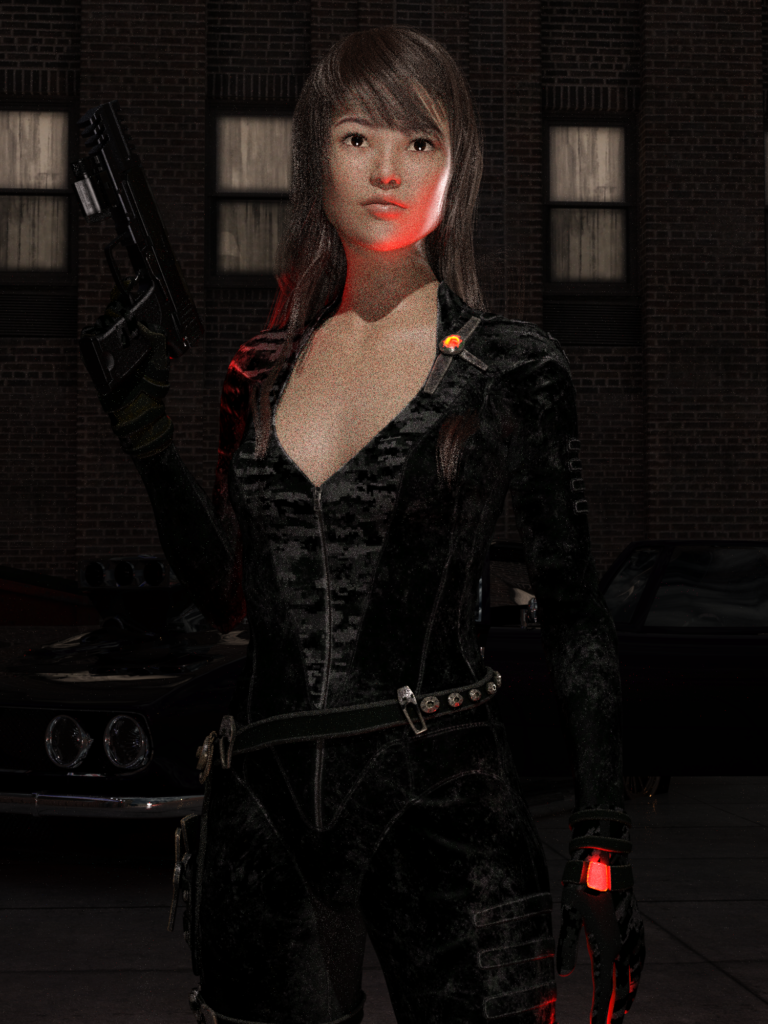 In criminal circles the Siren was well known for getting people to reveal information. Second only to the Interrogator in her work. Whereas he is more brutal, her method of choice lies in hypnotherapy. Once fully “under” her control, her targets would reveal anything she wanted to know. Since they respond to the sound of her voice, this was where her codename came from, relating to the Siren’s song. Though less brutal this does not mean that she will not resort to violence to get what she needs if hypnosis fails.

Unlike the Interrogator who has the backing of Black Shadow, for a long time she had to keep on the move, forming new alliances to stay one step ahead of her enemies. This led her to working for a small crime syndicate working in Atlantica. Able to get the information her bosses wanted meant she was of great value to them in their “business”. However after she was promised a share in a particularly lucrative deal they syndicate betrayed her and tried to have Michiko killed.

Angry, she found the biggest competition in Atlantica to the syndicate and offered her services only she did not want paying, she just wanted revenge. As the competition was Atlantica Streetz, Michiko believed that the Lady was the one person who could give her the payback she wanted.

Having information on the syndicate’s operations meant that the Lady could steal them from the syndicate, effectively elimination one of the biggest sources of competition. Michiko got her revenge and the Lady expanded her operations so it was a win-win situation. The only problem though was in turning against the syndicate it meant others would be wary about hiring her so she was left nowhere to go. However the Lady liked what Michiko had to offer and chose to let her stay with Atlantica Streetz and become one of her enforcers.