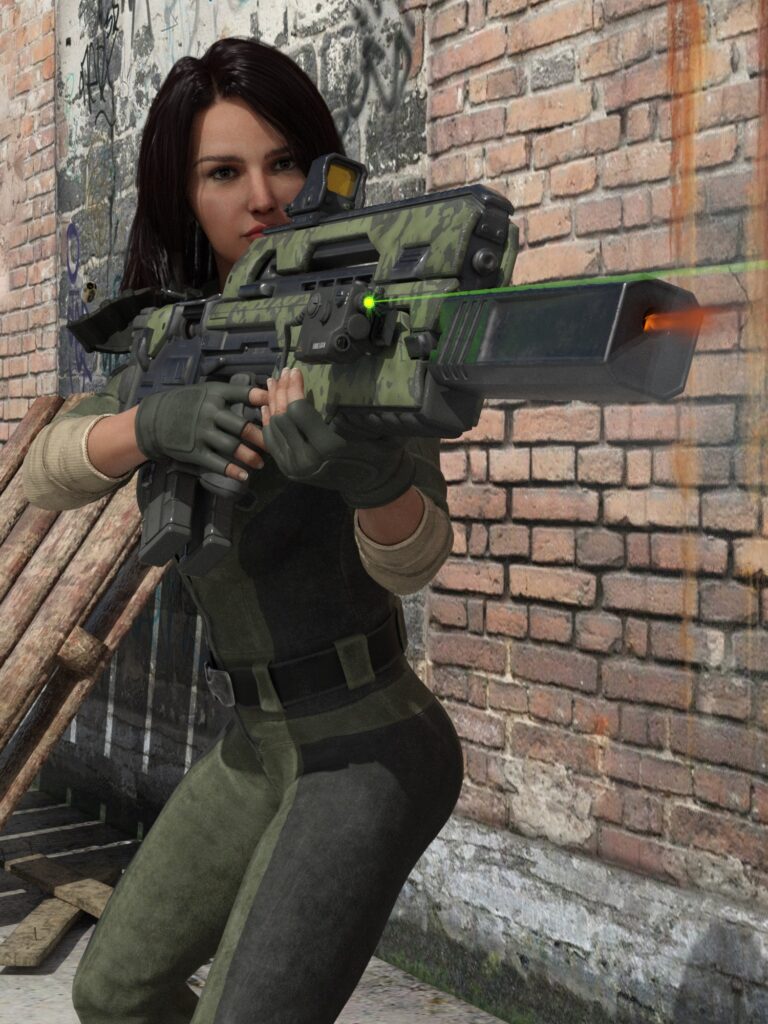 When it comes to seeking out an Alpha Criminal that can do almost any crime, the criminal fraternity frequently place Nicola Jordan at the top of their list. Originally a history major and curator at Altantica’s technology museum, after her Alpha abilities became active she discovered that whatever object she touched she temporary gained the memories and “skills” of the last person to have owned the item.
Unable to comprehend the sudden influx and memories that shifted randomly, Nicola was driven to distraction by working in a place with thousands of objects and suffered a complete mental breakdown. In an effort to stop what was happening to her she tried to destroy the museum by setting it one fire. This at least gained her some respite but she was then wanted by the EPD. To avoid being captured she lived on the street for a while and it was then that she started to learn how to control her gift. Unable to go back to her old life she turned to crime as a means to survive.
Very quickly Nicola found herself in demand for providing she had access to a particular artefact she could do almost anything. Thus she was able to commit crimes and escape easily. This brought her to the attention of CLEA when the EPD handed her details over to the agency. As she gained notoriety, Nicola eventually gained the alias the press originally thought up of “Skiller Queen” and liked it that much she decided to use it.

After acquiring her alias she then inexplicably “vanished” for over year. The next time she was encountered by anyone she appeared to have gained two very different outfits. One of these was a custom built armour and the other was very much lighter. From then on when she was using guns she would wear the armour and then when she stating using a pair of “tech” swords she would be seen wearing the other along. CLEA agents have speculated that Nicola might have obtain the outfits and equipment from a third party who she is probably working for. If that is true then there is a good chance the same hidden employer might be giving her access to people with advanced skills. She would thus be able to duplicate them and at the same time be the only one taking the risks.