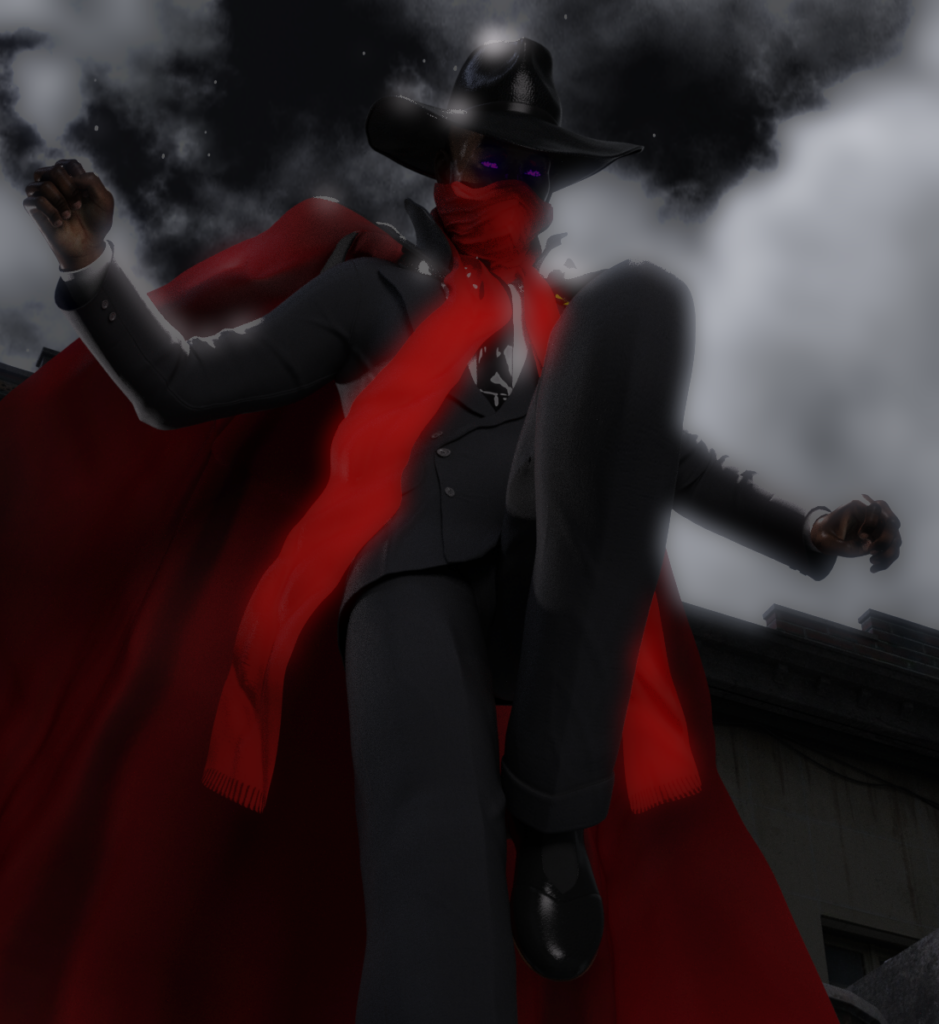 Wesley is one of the few Alpha Heroes that for months was known to be active dealing out punishment to criminals, yet he was the only one aware of his own actions. Having a relatively mundane life and job, he knew he was an Alpha Inferior due the fact whilst growing up he had never got ill. However though aware he might be transitioning to an Alpha Superior after experiencing all the “symptoms” when nothing happened at the end he assumed that he had made a mistake. What he was not aware off was that when he slept he created an Astral projection of himself which then proceeded to have a far more exciting life than he did.

Fuelled by the subconscious mind, Wesley’s astral form is almost the complete opposite to him. Whilst he is a quiet introvert his astral version is brash and heroic. It quite literally is a “dream” version of the person he wants to be. Since the astral hero is the product of Wesley’s imagination it can wear almost anything that can be imagined although normally it wears a trench coat, scarf and Fedora hat, probably down to the fact he had a fondness for pulp noir movies.

When sleeping, everything the Astral form does appeared to Wesley as a dream. This actually prevented him truly sleeping so he would often wake up as exhausted as when he went to sleep. As time past and his heroic exploits continued they eventually got noticed when the media got wind of a strange vigilante in town. Though he read in the papers of a new hero and the costumed adventurer was engaged in exploits that matched his dream it took him quite some time to make a link between the two. For a while he thought that he was simply imagining the newspaper stories he had been reading.

Once aware of his “activities”, Wesley found he could modify the behaviour of the Sleep Walker albeit not by a great extent since his subconscious is mainly in control.