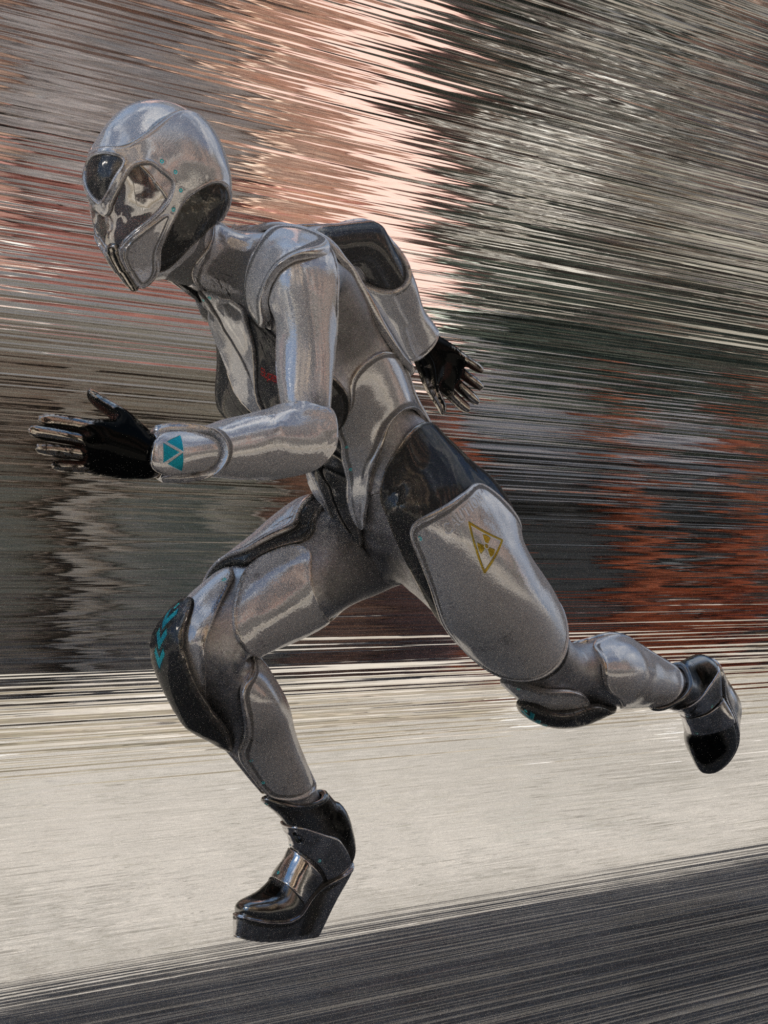 Scarlett is another of Citadel’s child experiments. They acquired alien tech from “Greylex” an off world black marker trader who had an “arrangement” with Citadel. In exchange for what he wanted, he could get them alien tech although no promises were made as to whether humans could get it to work.

One of the items he obtained was a lightly armoured suit that would allow an occupant to move at greatly accelerated speeds. After modifications it was converted to take a human. However there was a problem in that humans did not have the ultra high metabolisms to cope with wearing and using the suit. The answer was to artificially change it.

Scarlett was chosen for the program and she was injected with a cocktail of special drugs which raised her metabolism twenty fold. Even without the suit her reflexes were boosted along with most of her body’s systems. Once insider the suit, after a little trial and error, Scarlett gained superfast abilities.

Citadel, impressed with her success put her in the field as an Agent for them. Though she is loyal to Citadel is she was not it would not have been a problem as Scarlett now needs a continuous supply of the drugs in order to use the suit which insures that she always returns to the group.