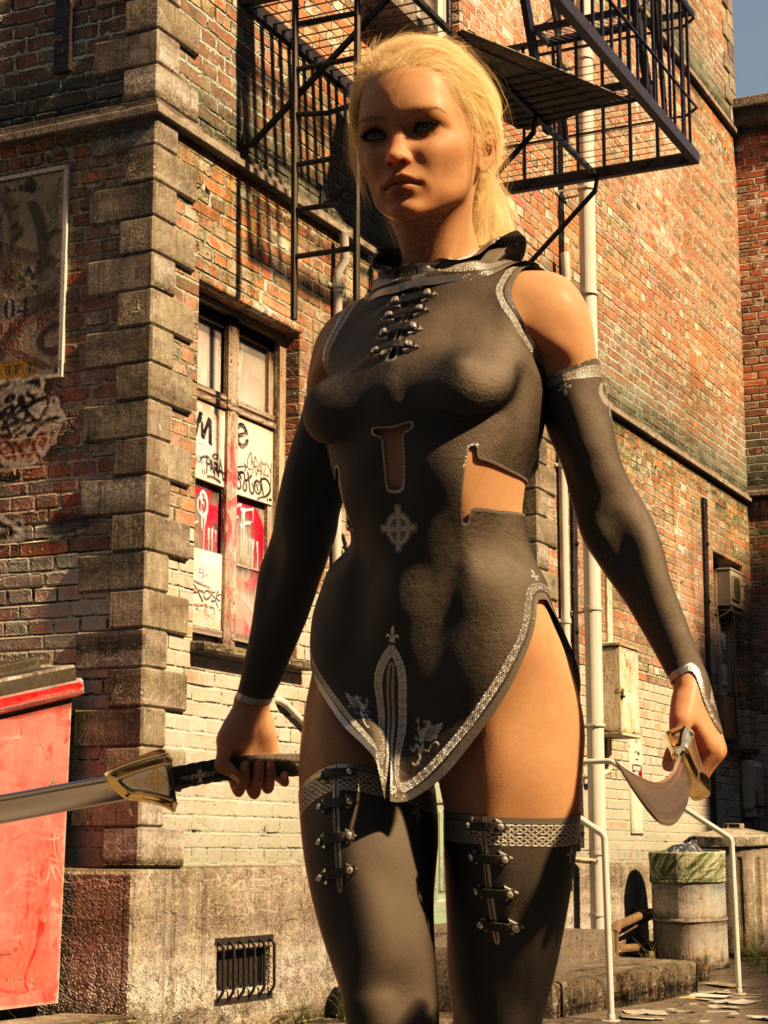 The stories of the Templar are shrouded in mystery and legend. It it believed that the person that the Templar was one a white witch. She and the sisters of her coven fought evil on many occasions until tragedy struck and she was killed by a minion working for a Demon. So focused on her work, her soul became trapped in the spirit realm and refused to go to the Gatekeeper. Her fellow sisters saw this as an opportunity to turn her into a Revenant, a living ghost and  used magic to return her soul to her body.

As a Revenant she lacked most the person she was. When she questioned her sisters as to why she had been brought back they said it was so she could fulfil her goal of eliminating Dark Magic. After they made numerous incantations she was now reborn as the Templar, a holy immortal warrior with the specific task of ridding the world of people touched by dark.

For centuries text recorded sightings of the Templar and then they stopped and nothing was heard of for four hundred years, until now. It is believed the entity has resurfaced due to the resurgence in users of dark magic.  Whilst most might regard the Templar as a hero, like most Revenants she sees the world in two dimensions. This means she cannot differentiate between those who have accidentally come into contact with Dark Magic or use it to do good from those that use it for evil intent. Consequently the Templar will go after anyone that has been in contact with Dark Magic and try to eliminate them.

This has seen her attack “good” vampires and even chase down children protected by Father O’Connor.