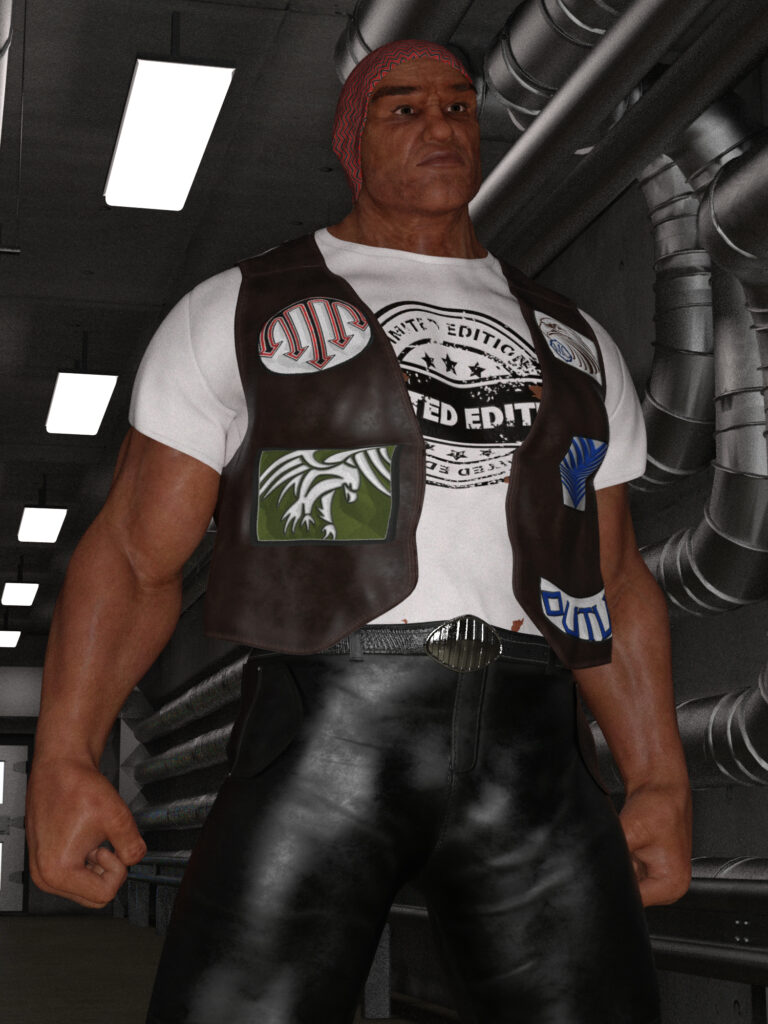 If there was such an outlet in the street called “Rent-A-Thug” then that would be precisely where you would hire a person such as Victor Ashmoore. Brought up in a family environment where his mother was a drug addict and his father an alcoholic, Victor did not really have much chance of become a well-adjusted person ready to fit in with mainstream society.
All throughout growing up he was in and out of juvenile detention and bounced around care homes more times that what he could care to remember. Having always been well endowed when it came to physical build he often attracted trouble from his peers who wanted to test his strength and see if they could defeat him in a fight, which they could not and since Victor was not the sharpest knife in the draw he would often continue a fight long after a challenger had capitulated, hence the reason for continuously being sent to juvenile detention.

Whilst a career in sports might have been the solution when reaching adulthood that would have only been a result if he had a better upbringing so he was left to find jobs where physical prowess would work in his favour. A stable form of work was that of a night club security officer but where he made the most money was by taking part in illegal fight rings.
It was here he crossed paths with Danny “The Drill” Kendrick. The crime leader saw use in the big man since he had made many enemies as a crime boss and as the job appealed to Victor being lots of money and occasionally cracking a few skulls he took the position.

Like a loyal dog, Victor protected Kendrick and saw to it nobody could ever be in a position to get close enough to “hurt” his boss, not that Danny ever had problems taking care of business in that respect. However when Kendrick joined the new Black Shadow organisation the types of enemy Victor might have to deal with were far beyond that of the usual threat. Admittedly Victor could take down “ordinary” people but with Alphas to deal with then that was a whole new level of threat.

Ordinarily he would have dropped Victor and hired someone new that was more capable, particularly in the brains department, but Kendrick felt that Victor’s loyalty could not be dismissed so easily so he planned on giving his protector an “upgrade” that would give Victor the potential to take on anything.
Kendrick obtained, at considerable expense, an experimental from of the drug Marathon. Unlike the “normal” variety that saw punters coming back for more this variant was a one off hit that would create a permanent change. Since the drug would have the potential to instantly kill Victor, Kendrick warned him beforehand. The supplier suggested taking a small initial dosage but the thought of gaining power was too much temptation for Victor and he downed the entire lot.

The drug coursed through his body and Victor dropped to the floor screaming. In all their time together Kendrick had never heard the man so much as whimper so this was quite a shock. Against all odds Victor survived but when he awoke a week later he was completely changed. He now possessed greatly increased strength and resilience making him like a human armoured car. Since he could almost bench press ten times the weight of an ordinary man he earned the codename “Ten Men”.
However it was not all good news for his mind had become adversely affected. Victor was far more aggressive and short tempered than he had ever been. He would trigger at the vaguest of slights or insults and Kendrick was having problems keeping him under control. When the other members of Black Shadow started to view Victor as a liability, Kendrick was pressured into releasing Victor from their employment. To say he was not pleased at being dumped was an understatement but though he hated the other members of Black Shadow he chose not to take his anger out on Danny who he still respected.

From then on Victor went out into the world and became muscle for hire. Since he felt insulted by Black Shadow, he frequently aligns himself with rival crime gangs but will accept any work if it means he can release the constant aggression that plagues his mind.