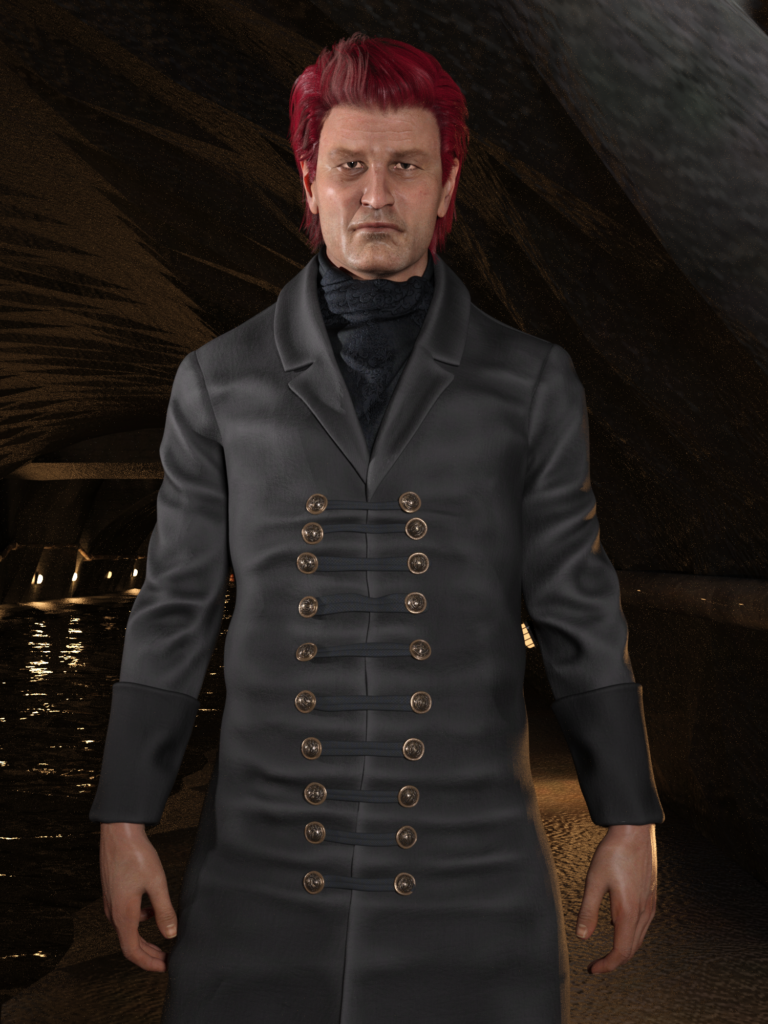 Bucur along with the half-demon Tuza, could perhaps be considered the true architects of the Blood Clan after it turned from street gang to a cult.

For a couple of centuries Bucur had been a loyal member of the Myers House until he made the mistake of trying to gain a little more power for himself. Expelled and considered a renegade, agents working for the Vampire House sought to kill him. Without a supply of blood to keep himself alive, killing people at random was a good way to draw attention to himself which was not great but a necessity.

Then two years after being thrown out he came across Tuza, a half-demon with the same needs for him. For a while they worked together, acquiring “food” but they knew it was not a permanent solution. This changed when the pair came across Warren Hayes, an Alpha with a terrible blood lust. Having learned he once ran a street gang this gave Bucur and Tuza an idea.

For a street gang to flourish, that meant there was a lack of interference from the authorities. This meant as well as criminals there would be plenty of victims. The true genius of their plan was not to target people who were so desperate but to actually protect them. In return for their services, all they wanted was some blood. In time the new Blood Clan started to turn into a cult.

Bucur actually based the structure of a simpler  version of the Vampire House. Whereas the Houses had a complex hierarchy with different levels, he envisaged the Blood Clan having an Elite class of members who would act as leaders and the ordinary members who they protected. In the beginning there were jsut three Elite, him, Tuza and Warren.

As one of the Elite he became like a god to the ordinary members, and the were only too willing to “donate” some of their life source to him and the other leaders which means instead of hunting for scraps, his food source actually came to him.

Though still wanted by the Myers House with the other members of the Blood Clan he gained mutual protection and as the only Vampire he has a special status. In terms of protecting his followers he deals with threats to the Clan in cold calculating manner and does not listen to cries of mercy. This is why he is so feared and though his targets are often criminals even they do not deserve their fate.