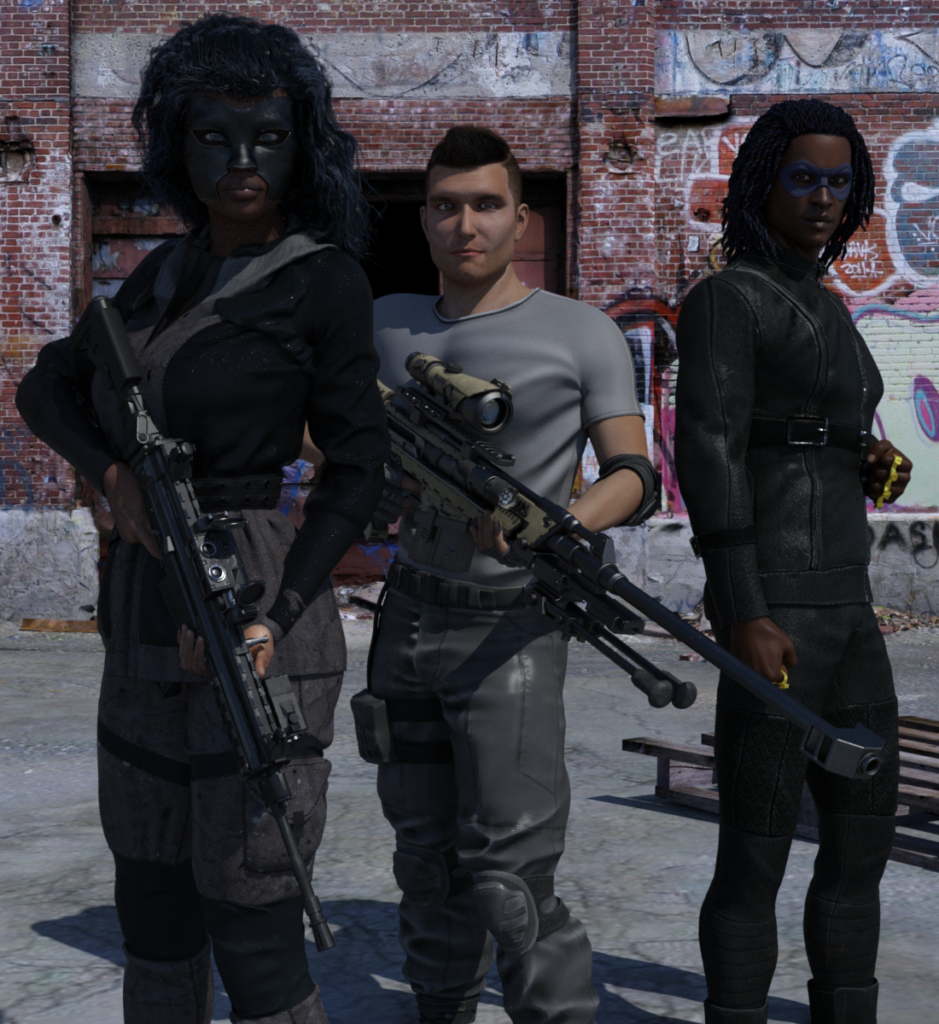 The Renegades are a team of ex mercenaries who were inspired by the Leveller to use their weapon and fighting skills to fight crime. Though the Leveller wanted nothing to do with the group in the beginning he has since changed his stance and will team up with them when needed

A team of mercenaries turned good after being inspired when they saw the Leveller use his no nonsense approach to crime fighting.
Formed by Amelia Kelly aka Ozzy, ex military who escaped with her life after her own team had been corrupted and turned on her during a mission.
Eliot Stone aka Apex  was one of the first she found, followed by street wise enforcer Leroy Sanders aka Bobcat.