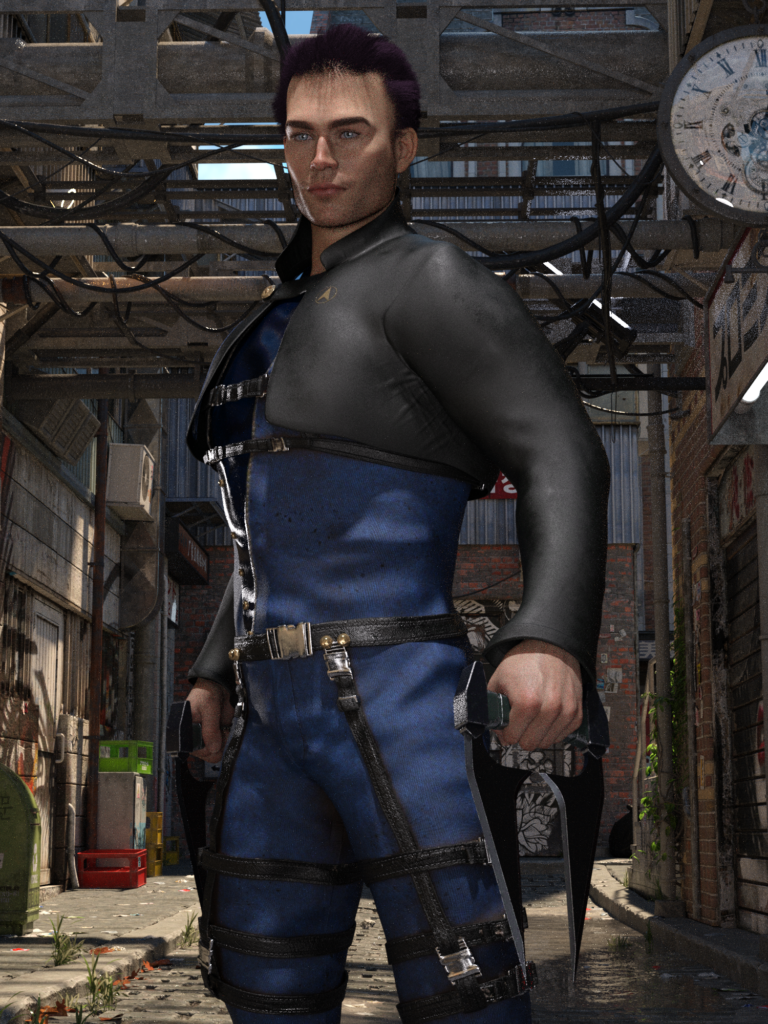 At one time Elijah Fitton was just an ordinary man. An oil worker in the Canadian north, his entire life changed when he was kidnapped by the Quarrud-Xaiqrons a race of intergalactic slavers. The slavers were quite arrogant and so never hid the fact that they were going to sell him and all the other captives they had. In fact they thought their technology was so superior that they hoped people would try and then when they learned they could not escape they would simply accept their fate.

Fitton found it interesting the guards seemed to assume he was less dangerous than any of the other captives. This allowed him time to move around and try to get to know the other prisoners. Most ignored him, giving the same distain as the slavers. One pair of aliens though were different and they were the Zellarians.

Having figured out that he could not escape alone he proposed trying to form an escape plan with them. He also realised that the best chance of success was before the ship reached its destination. Though the chances of escape were minimal the trio formulated a plan anyway. Key to this was the fact that the guards tended to ignore Fitton so he could get in real close. Using a makeshift weapon he was able to disable a couple of them and get their security key.

From then on the trio made their way to a jump ship and escaped from the transport ship. For a while the slavers chased them until they were forced to turn back. By the time this happened Fitton learned he was a long way from home. Though the plan was to go their separate ways, the Zellarians realised how inexperienced he was and felt that he stood little chance of making the journey and so chose to accompany him.

Along the way the three of them formed a true friendship. After several unpleasant encounters at trading ports which nearly got Fitton killed, the Zellarians decided to teach him their warrior ways and to master their bladed weapons. Though he picked it up relatively quickly he was no match for either of them. To give him a fighting chance at one space outpost the trio picked up a holographic training unit.

Once modified and worn on his belt, it projected two “images” of Fitton that were capable of independent movement. Incroporating the tech into his warrior training meant that when he came up against powerful enemies they saw three of him. Though it was obvious that two were not real the images creating confusion since they could not tell which was the real Fitton until he struck them and if they attacked the wrong one the lack of resistance would cause them to over balance.

After many adventures the trio reached Earth and parted company. Before they left they gave him a communications device to contact them. Fitton was confused by this as he thought that once they got to their world their adventuring days were over. However they revealed that their people had perhaps become too isolated and ignorant of outside threats such as the slavers and so decided they needed to learn more and perhaps eliminate such threats. That meant there was a chance they could visit if “in the neighbourhood” hence the communication device.

As far as Fitton was concerned his intergalactic adventures were very much over. Though he tried to get on with his life he knew there was no longer any such thing as “normal”. When he encountered some street thugs one night and quickly dealt with them like they were nothing, Fitton started to think that perhaps he should make use of the fighting skills given from his alien friends to fight crime and evil.

By using those skills and the alien hologram tech he eventually became known as Triple Threat.