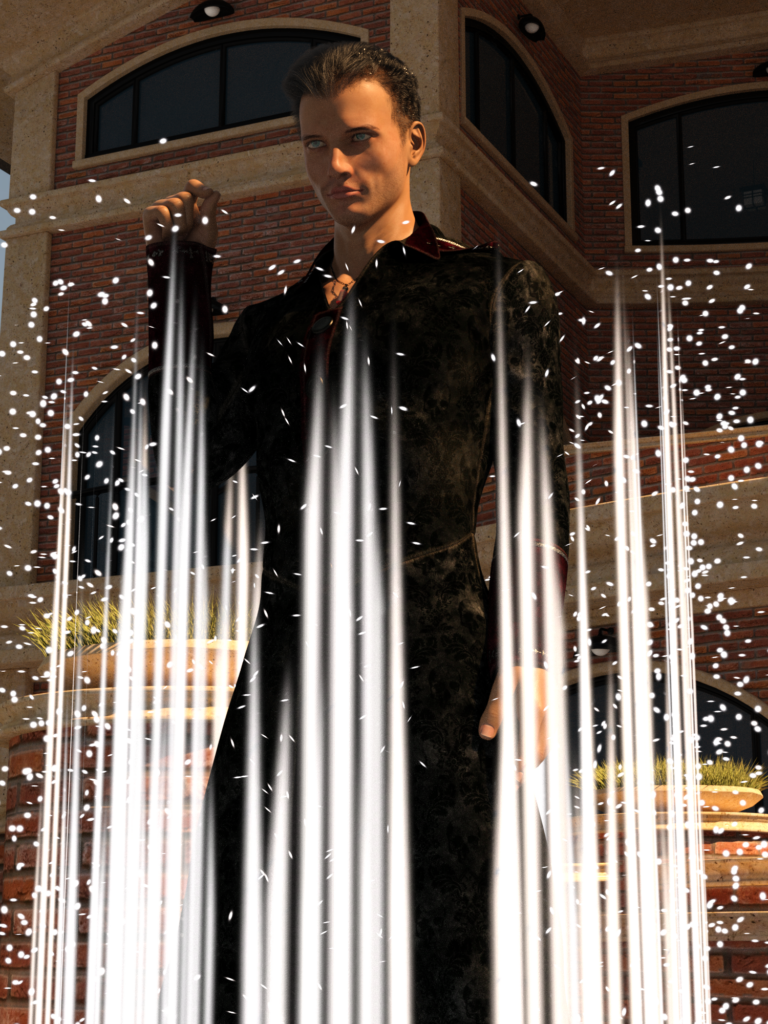 An only child born into a family of magic wielders, Mason learned at any early age all about magic and his potential. Whilst growing up it was constantly drummed into him that he needed to use what he learned to fight evil. Mason though never felt he fitted in with the whole magic warrior ideal. He did not want trouble and so he felt it best not to go looking for it.

His theory seemed almost proven when his father conjured up a demon in order to vanquish it and the Demon gained the upper hand. That left Mason only with his mother. By this time he had learned that he was a natural when it came to transportation spells. Though it could get him anywhere he wanted it did not give him an offensive capability. His mother tried to encourage him to develop skills with weapons to give him a fighting chance but Mason was happier to avoiding violence than embrace it. Since she wanted Mason to take revenge on the Demon that had killed her husband, she could not accept his passive life choice and the pair became estranged.

As an adult, despite his potential he had his own code that he lived by. Though he was not fighting evil directly he was not going to use his skills to commit evil. Therefore whilst he could simply rob a bank and be well off, he chose to go to work like “normal” people. Whilst he chose to avoid fighting crime he found a way in which to give himself and his skills a purpose through saving lives.

If he saw someone in trouble or danger he would help them where possible. This did get him noticed but because he teleported away after dropping off a casualty in a safe place, even if caught on camera his appearance and subsequent disappearance occurred so quickly that he was never identified. This meant that not only could the authorities never find him but if he saved a victim from a criminal then the criminal could never seek him out and bring trouble home. Despite his rescue activities Mason always felt unfulfilled. He wanted to do more but at the same time he did not want to become a costumed crime fighter.

Fate would eventually intervene in that regards when Cayla Staunton aka Network tracked him down. Though he thought nobody could track him whilst rescuing, she had the means to correlate vast amounts of data and produce hypotheses based on logical and probability. She had been tasked to find potential “assets” to help with two of Lance Mickelson’s projects at the Harmony Island Beach Resort and felt he was worthy of investigation. Since he was not likely to come to the island for the first meeting and she was vulnerable if she left the island, Lance’s partner, Nina Dupont offered to try and contact him.

Based on Cayla’s information, Nina found him fairly quickly. At first Mason denied he would teleport so Nina revealed that she was an Alpha. That at least made him listen. He assumed she was going to suggest that he join some sort of hero team, something he was not going to do. She then explained that they were creating a “holiday resort for heroes” and the weakest link in the security was getting people to and from the island, which they believed he would be a perfect for. No need for “actual” transport would stop that weak link. Nina then explained that the island was also going to become a refuge for people with incredible abilities who had never caused trouble and simply wanted to be left alone but various government agencies had other ideas. His teleporting ability would help get such people to safety.

In both potential uses of his power it had been hinted that he was not going to get directly involved in violence. This fitted well with his chosen path in life whilst at the same time gave him potential to do so much more. An offer of a lifetime that was actually too good to be true was normally suspicious but not in this instance so the next day he quit his job and accepted Nina’s proposal. Finding her and returning to the island though was a lot quicker for her, thanks to Mason’s abilities!

Whilst “working” out of the resort Mason adopted the name TTR after a guest once quipped he personally was like a ticket to ride. His abilities make him a key member of the island’s support staff.