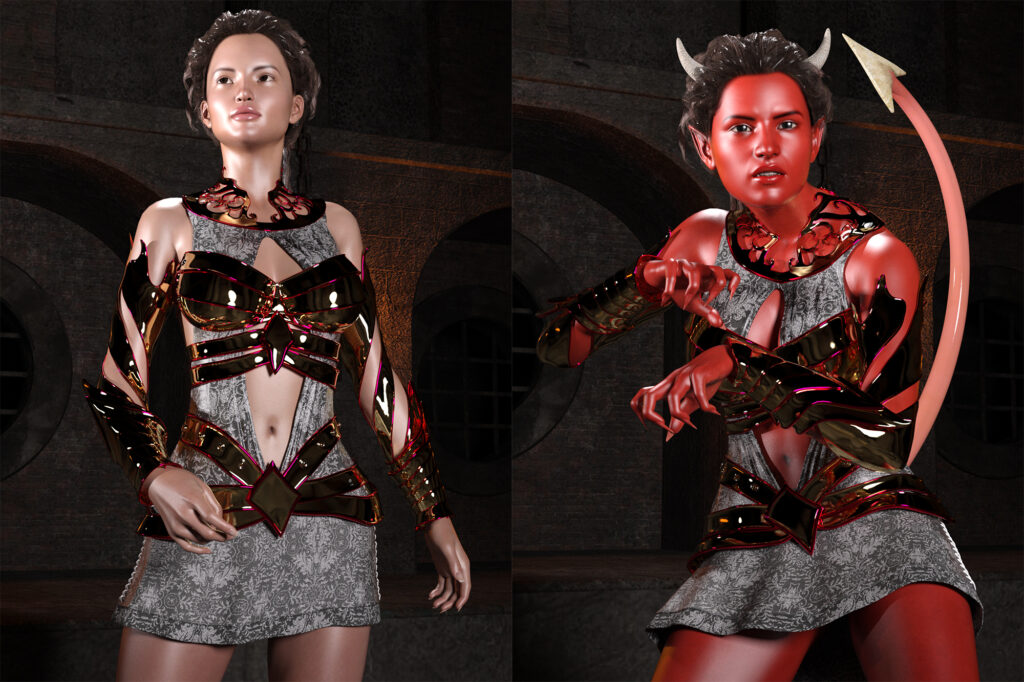 Along with the Count, Tuza could be considered as one of the true architects of the Blood Clan. Born to a Demon mother and abusive father, she has the ability to transform into a partial Demon guise and gain some of the attributes normally associated with beings from the Dark Realm. She also inherited an intense blood lust.

Fear of her father kept that lust under control and to prevent her attacking people at random, as a child he often kept her chained up in the cellar. However when she was thirteen and he tried to beat her after becoming drunk, her demon nature finally took control and she attacked and killed him and then drained his body.

She then fled the house and spent years of the run. Though she did not want to hurt anyone she could not stop herself, the urge to consume blood was too strong. Things changed for her when she encountered the renegade Vampire, Cornelius Bucur. Together they could help each other but it was not a permanent solution to their problems.

However when the found Warren Hayes who also needed blood to survive and discovered that he had once run a street gang, she and Bucur had an idea to resurrect it. Instead of preying on desperate people, the would offer to protect them instead and in return those people would donate blood.

The new Blood Clan quickly became a cult and its members were only too willing to bleed for the Elite. No longer having to try and hunt for food, Tuza could finally stop running. Over time she even started to like her “god like” status amongst the cult members. As she consumed more and more blood her predatory nature started to increase and so having to eradicate enemies of the Clan did not become a chore but a challenge, to hunt live prey. About the only thing that has stopped her from becoming a mass murderer is her human side which tries to prevent her killing her victims but cannot stop her Demon side from leaving them with life changing injuries.