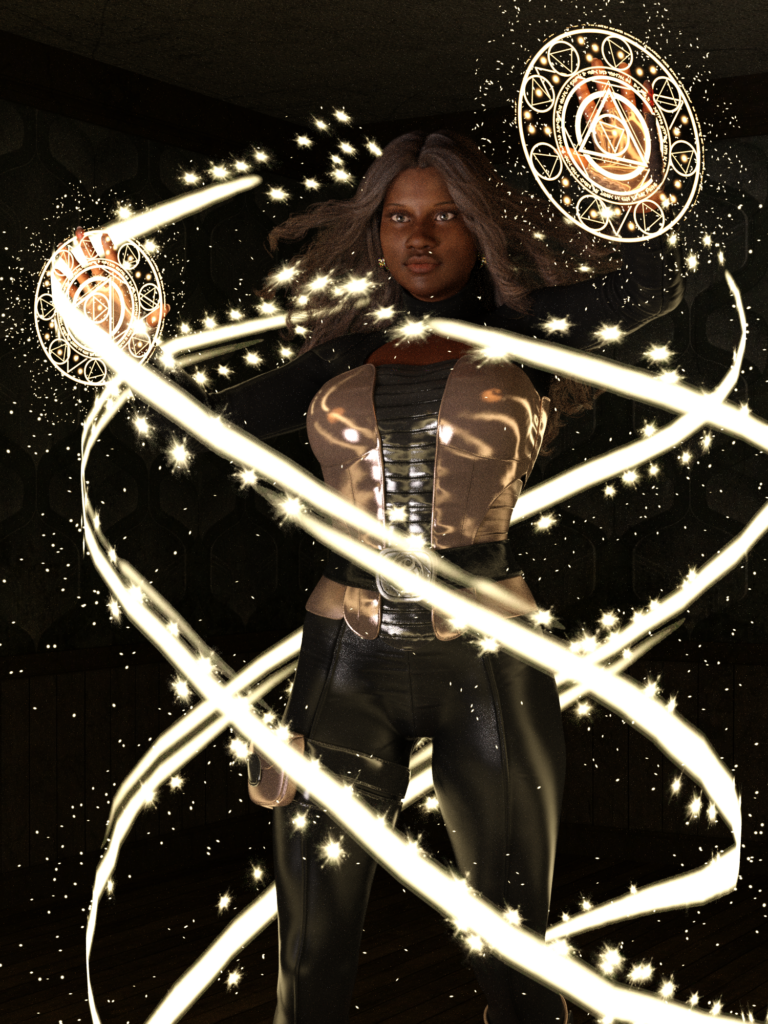 Daliah never remembered her mother. When she was old enough to understand her father explained that she had merely died in a freak accident when she was only two but never went into details. After that her father, Jesse, had raised her as a single parent. As far as she knew he had a job in the city as an accountant and though balancing work and home life was hard he did seem to go the extra mile. Daliah thought that perhaps he was trying to make up for the fact she did not have a mother.

Unlike most parents that tried to shield their children, her father tried to be open with everything, despite her age. However she always felt that he was holding something back. There also seemed a lot of friction between him and her grandfather, Calvin Reid, for the pair always seemed to get into an argument when he visited. Largely these took place away from her but raised voices and the mention of her name made her think that she was somehow the cause.

At ages ten, tragedy struck again. She came home from school one day to discover the house on fire. Her father had been working from home that day and died in the blaze. The closest living relative was her grandfather so social services sent her to live with him. Daliah found dealing with the loss extremely difficult. The belongings that were recovered from the fire were taken to her grandfather’s lock up. She never saw any of them again until the age of sixteen when she was helping move some junk for her grandfather decided they should perhaps store them in the lock up.

Making space for the new items, Daliah came across some old books that belonged to her father. Opening them she came across numerous strange symbols and texts that she did not understand. Querying what they were her grandfather angrily told her to put them back, but she was curious so she tucked one of them in her coat and brought it home without him noticing.

That night when she was sure her grandfather was asleep she started to look at the book in her bedroom. Though she did not understand what exactly the book was she felt it was somehow important because of the reaction she got from her grandfather when she had picked it up.  Having read a little of latin at school she was able to pronounce some of the words in the first few pages. They seemed to refer to Magic so she thought she was simply reading a story book. However as she began to read the pages started to glow and the intensity increased so much that the entire room lit up. At the point her grandfather came running in screaming for her to stop.

Daliah demanded an explanation for what was happening and for the first time Calvin finally came clean about the past he had tried to keep hidden. He explained that his daughter, her mother had special mystical gifts that had made her a powerful witch. Her father had also wielded magic which is what had brought them together in first place, a mutual interest in fighting evil.

Together they were powerful and that had led to them making some powerful enemies in the Dark Realm. Those enemies had struck when she was only two, so her mother’s death was not a freak accident but a deliberate act.

Calvin explained that following the death of his wife, Jesse wanted revenge but he had persuaded him to stop for the sake of his family. Her father instead created a spell that would hide them from those that sought to do harm . Though he agreed to stop for a time, Jesse wanted Daliah to learn mystical abilities as a means to protect herself should the spell ever fail and the old enemies resurface. Being the child of two magic wielders meant she would be very powerful. Calvin though had made it clear he had already lost his daughter and had no intention of losing his granddaughter. This was the source of arguments between the pair whilst she was growing up.

Eventually the spell was broken and that was when dark forces killed Jesse. The fire was simply a means to cover their tracks. Since Daliah had no magical abilities they did not consider her a threat. Calvin explained that all that though had changed for she had read from her father’s Book of Shadows and had done the equivalent of sending out a magical flair to the types of evil that had killed her parents.

Having understood why her past had been kept a secret Calvin said that now there was no choice but for him to fulfil her father’s original wishes and help her learn to control magic because if she now needed to protect herself.

It was quite difficult for her to balance school and practising magic as there was so much to learn. Her father had kept most of her mothers books and along with his own, many had survived the blaze and were in Calvin’s lock up. She spent hours in the lock up learning magic and this continued even after she left school and had started work. Luckily for Daliah, the dark forces that had murdered her parents did not properly acknowledge her as a threat until it was too late.

Just as Jesse had hypothesised, a child of two magic wielders, had resulted in a product greater than the sum of its parts. Extremely powerful when they finally came for her, Daliah was more than a match and revenge for her parents soon handed out. She could not however stop there. She wanted to be like Jesse and Gemma and use her gifts to help others with mystical “problems”. However that was impossible because it took more free time than she had available. She could either help others or hold down a job but not both.

Calvin soon noticed her predicament and decided to help Daliah fulfil her true calling by supporting her financially. This continued even after he died. At the time she was twenty-five, and in his will Calvin left his reasonable savings and the house to her so that she could continue her work.

Now without any family to worry about being attacked in response to her mystical activities work, Daliah now could start pushing the boundaries which set her on course to be one of the most powerful sorceresses in modern times.

Recognised by many as an expert in many fields of magic, her services are always in demand. Though she gets the greatest satisfaction out of vanquishing demons, she is dedicated to the simple basic idea of helping others. Originally calling herself the Twilight Witch since she stood between the light and dark, this eventually became Twilight.