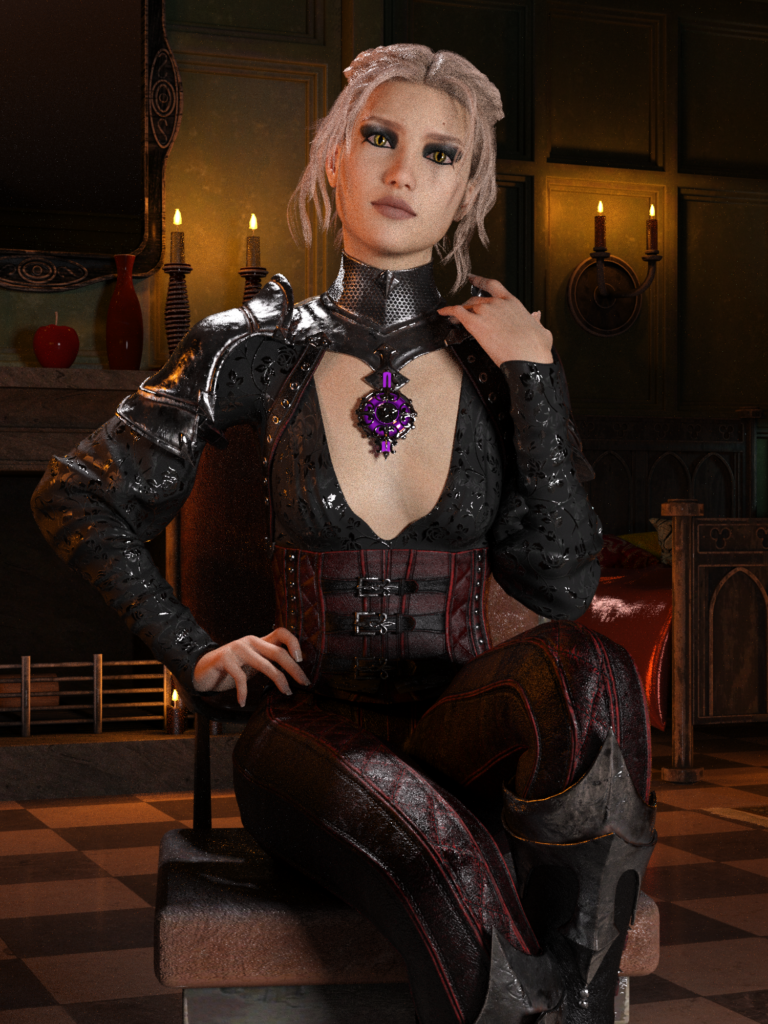 Of all the vampire Elders, Viktoria is the youngest. Though she is supposed to have an equal share of power over her Coven, with Alfred, the truth is far different. In fact the only reason she became an Elder was after the scandal with Alfred’s previous wife, the Elder Natasha, left him in sole charge of the coven. Getting rid of Natasha and grabbing the power had been his aim for many years but the other Elders from the other covens threatened to remove him from power.

Throughout the centuries they had learned that for a coven to function it had to have two Elders and one had to be male and the other female. As far as they were concerned Alfred was trying to dictate policy to the entire Vampire society. Since this had resulted in the formation of a rogue group of vampires that wanted to remove all the Elders, they had issued Alfred with an ultimatum – restore balance of be deposed.

Alfred had therefore chosen to remote someone from the lowest ranks of the Orlov Coven, a nobody who would be grateful of the position. He found that in Viktoria. From the beginning he made it clear that he would still make all the decisions and she was nothing more than a figurehead. Since that alone gave her a privileged life she accepted the terms. With a wife at his side, the other Elders backed off.

Whilst it appears she is following Alfred’s leave there are rumours that she may actually be passing on information to the renegades, with the intention of weakening the stranglehold Alfred has on the coven and one day hoping her schemes will enable her to reverse the status quo.