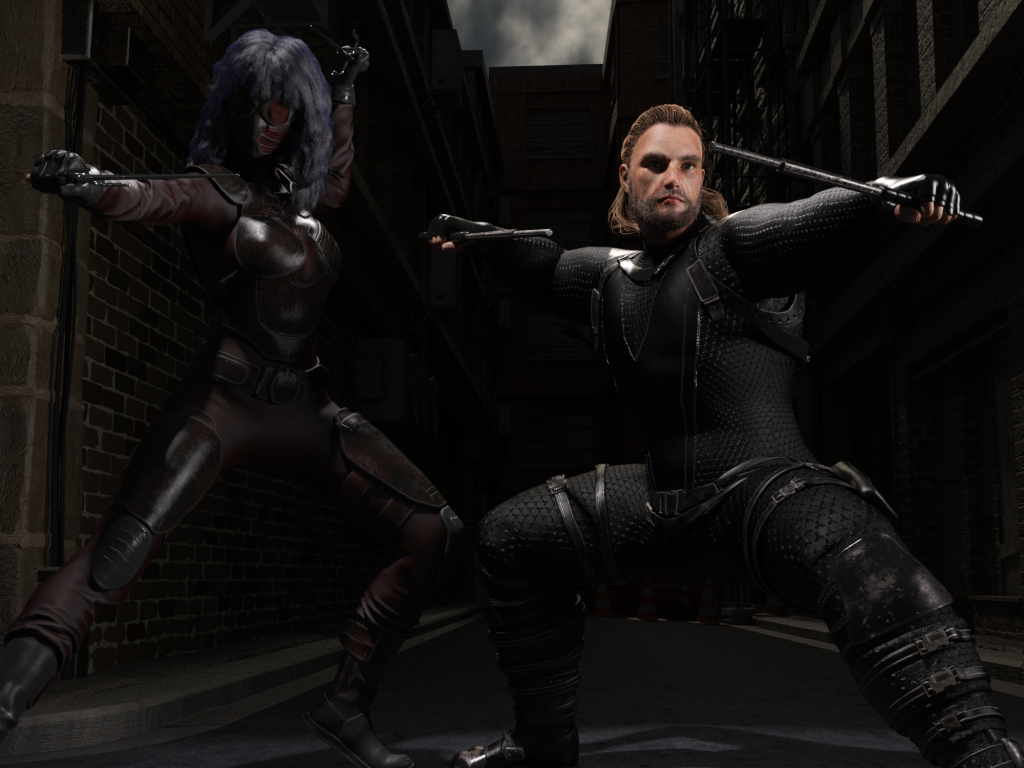 Had these two not been affected by complete failure of the justice system then it would be doubtful that either of them would have turned vigilante.

Evans had been beaten up to within an inch of his life by corrupt cops in the Europa Police Department, whilst Airi had witnessed a murder and was shocked when the guilty party got off because they happened to have a lot of money and could afford to pay for the highest lawyers.
The significant link between both of them was that they felt the law and justice system had betrayed them and they were going to restore balance using the same violence and viciousness they had been exposed to.

Evans took the name Virgil and proceeded to hunt down criminals that had escaped justice on technicalities or due to corruption. He took the name because he referred to his victims as “Dante” and his goal was to guide them through the levels of hell.

On the opposite side of the world Airi was doing something similar using the alias “Magistrate”. Whenever someone came out of prison that had failed to admit their guilt and give closure to their victims or got away with puny sentences she was there to make sure they paid the price.

New Tokyo police first became of her “work” when they came across several cases of ex cons who had been sex offenders. Released from prison somebody had cut off their genitals and left them to die. Though all survived the police knew they were looking for the same culprit but could never catch him or her. Eventually they learned who it was but she was always one step ahead of them, brutalising ex cons in the same fashion they had once done to their victims.

The pair met after Evans travelled to New Tokyo after hearing about the mutilations being committed by “The Magistrate”. He felt she needed to be brought to heel. The pair clashed swords on several occasions before finally realising they were both performing the same “service” of punishing criminals. Rather than continue the pointless conflict the pair decided to pool their resources and ensure everyone that thought they had escaped justice would get their just deserts in a most spectacular and brutal way.

Due to the fact the pair seem to enjoy torturing their victims mentally and physically, almost every “normal” hero refused to acknowledge the pair and the police forces around the world and CLEA regard them as criminals. Many people in the general public though regard them as folk heroes since the pair’s brutal acts on ex cons tends to mirror what they would like to do if they had the means and opportunity.