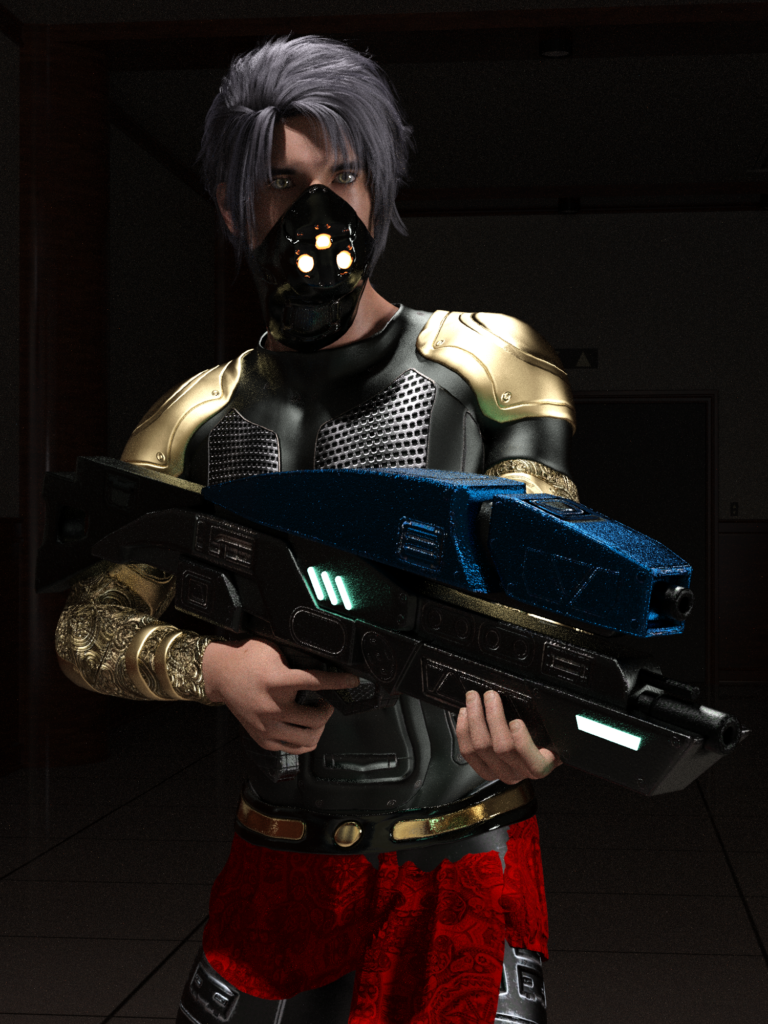 Dane Cooke is just one of many people that have been taken by the Quarrud-Xaiqrons. Until reasonably recent CLEA were not aware of the race and so people disappearing were just classed as “missing persons”. Now whenever anyone vanishes in the Arctic Circle, CLEA takes note in case of a suspected Alien attack.

Snatched from a remote research base, Dane was destined to be sold as just another slave. However the ship he was on was hit be a cosmic band and severely damaged. With systems failing ship wide the security systems in the cargo hold failed and he and a few other captives of various races were able to make it to the escape pods.

Eight of them in a group would drift for a a few days before landing on an uninhabited world teeming with interesting if not dangerous wildlife. Though all of them were from different races, as the Quarrud Xaiqrons had fitted them with translation devices (necessary to understand the orders of future slave masters) they could understand each other.

To survive they needed to work together which proved tricky at first, but in time they managed to learn a good deal about their respective people, cultures and technology. Having such discussions was one way in which they could keep up morale because the tales reminded them all of home and the hope gave them something to live for.

An unknown planet though meant unknown threats and even though they all helped each other there were losses. One of them died from sampling what was thought to be an edible supply of food. Another of the group was eaten by a predatory creature and within months their number was halved.

During this time Dane noticed that his body seemed to be adapting to the environment. At first every breathe had been difficult but that no longer bothered him. The slight increase in gravity led to an increase in muscle mass and density. He concluded that the planet was altering physically and the other survivors reported similar changes.

By the time two years had passed the was only Dane and one other left. In that time they had scavenged items from the escape pod and technology from the dead survivors. They had built a rescue beacon, not that anyone was listening and there was also a chance that the Quarrud-Xaiqrons were out there and would collect them. Even slavery though was more appealing than surviving on the hellish world, Dane concluded in his log.

Five years after the survivors had crash landed, the call for help was finally answered but Dane was now alone. Whether it was down to luck or fate it was Vanguard who found him. They instantly recognised him as human but when he was brought onto the ship he suddenly had difficulty breathing. Medical scans revealed that his body had changed on the planet but those changes were now irreversible, so he was given a mask which altered the air to a close approximation of the planet’s atmosphere.

Once stable, Dane told the team who he was and how he come to be on the planet. Knowing he was from Earth Vanguard offered to take him home. However Dane did not want to go there immediately because after first crash landing on the planet the survivors had formed a pact and agreed if anyone escaped the planet then they would visit the families of those that did not make it. This was a promise he had to keep.

Though the planets where all the other survivors had come from were quite spread, Vanguard agreed to assist Dane in his task. The entire process took nine months and Dane got involved in plenty of other adventures with the team during that time. Once he had visited the last planet it was finally time for Dane to return home.

Grateful to see his love ones once more, he was plagued with nightmares about his experiences and could not settle in with family life, no matter how badly he wanted it. Angry that the Quarrud-Xaiqrons had taken more from him than he could have imagined he decided to redirect that anger at the source and use the alien equipment he had assembled from the crash survivors and become a protector of Earth, dedicated to dealing with any alien menace.