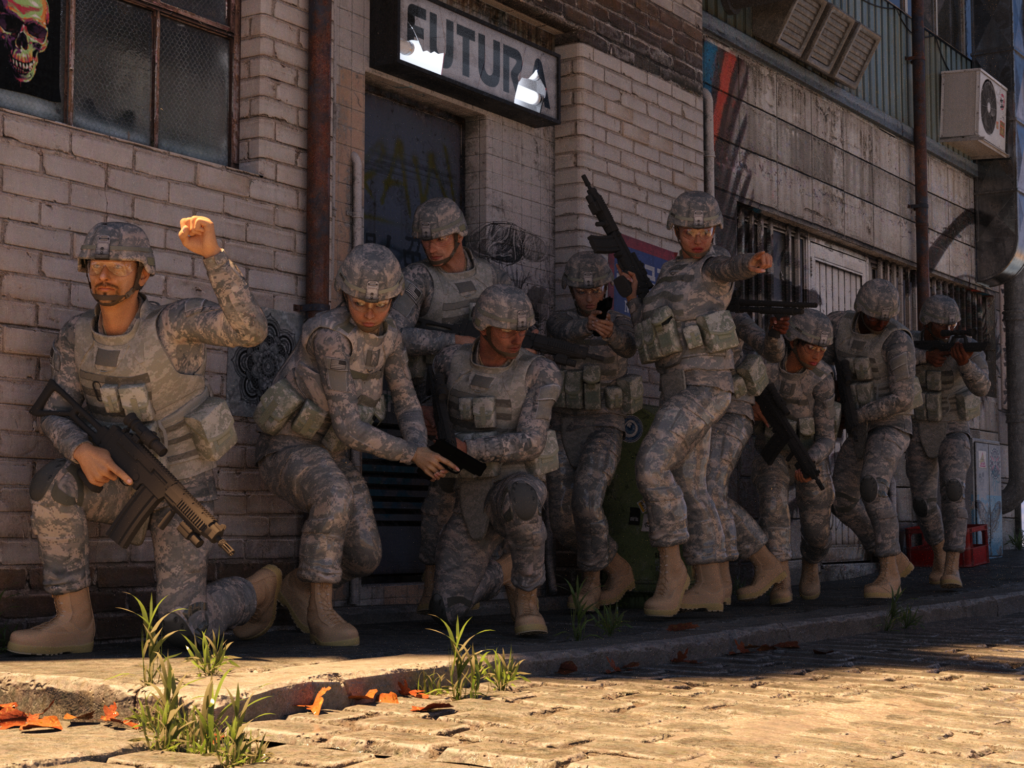 Long before CLEA every received confirmation of incursions of extra terrestrial on Earth and formed “Mangerie”, around the world several military units had already been formed to monitor and deal with such threats. The US military created the Watchdog unit to fulfil this role.

Assembled from the finest marines the 10 man unit received state of the art equipment and had an aircraft on standby around the clock to take them to “incidents”. Due to the classified nature of their work CLEA has no idea how many alien threats the unit dealt with since all operational data was redacted.

CLEA were first notified of the units existence after it had gone rogue. This occurred around the time that Menagerie was created and the UN decided to hand over dealing with alien “visitors” to CLEA. The unit was ordered to stand down but its leader Col Molarez refused to comply.

He argued that CLEA was civilian and had neither the means or the capability to deal with alien threats. Rodrigo also doubted that a unit being led by an alien could be trusted. Having lost people in previous missions Molarez had become hardened and simply considered that all aliens were a threat, no matter how benign their intentions seemed to be. The rest of the unit were of the same opinion.

Despite his argument, Molarez’s superior ordered the unit back to base and so during the flight, Watchdog hijacked their own plane and went rogue. By the time anyone realised what had happened it was learned that Rodrigo had long suspected that CLEA would take over his unit’s role and had taken precautions. He had found allies with some very powerful people who were of a similar opinion to himself and once the order to stand down had been activated he had put his own plans in motion.

Though it was thought that Watchdog would soon be captured after going AWOL, the backing Molarez had managed to receive meant his unit could operate almost as efficiently as before. With the people funding the unit being powerful enough to cover their tracks. stopping Watchdog has proved a futile task.

Since going rogue they have managed to sustain a high degree of autonomy and on more than one occasion have interfered with Menagerie operations. The unit, being military trained is considered highly dangerous.