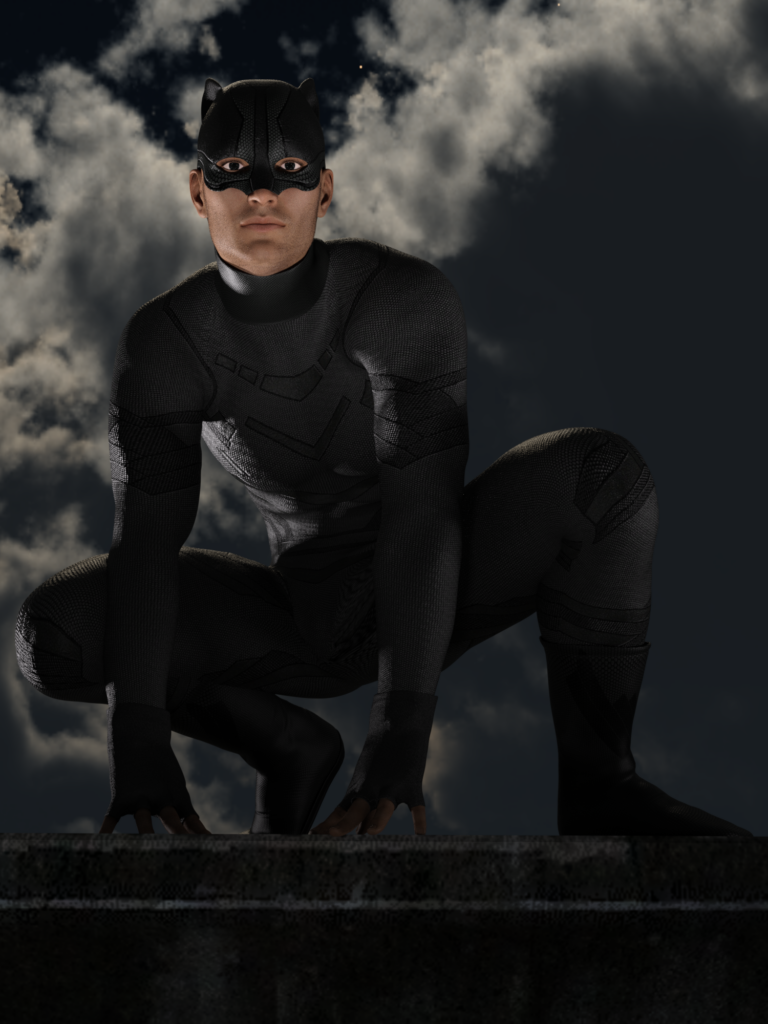 For centuries the people of the Rojano, Mexico believed their town was protected by a magical entity known as the Were-jaguar. Legends described it as part-man part and it hunted at night. Since it only hunted evil the people did not fear a visit from it, unless they were committing crime. Whilst much of the legend had formed out of ancient folk tales and superstition there was indeed an entity that hunted crime at night only it was not a creature but a man.

The Were-jaguar was the “creation of the Intiraymi family, after one of their ancestors found a magic totem which gave him reflexes and senses of a cat. In a time of warlords the man took the Totem and wore a furry outfit taken from a dead leopard and created the legend. Warlords were not usually scared of stories of such creatures but then the killing started. Ever since then the Totem has been handed down the male lineage of the Intiraymi family along with the mantle of protecting the town.

Though times have moved on, and people had less faith in legends, the current bearer of the Totem, Koa Intiraymi decided to honour his ancestors by assuming the role. Newer times meant newer threats and when an oil reserve was located close to the town, big industry arrived with it. The company needed to build an oil refinery and the only area left was where the town was. The locals did not want to move but they could not afford to fight a legal case so Koa decided to intervene and sabotage equipment. He intended to cause as much disruption as possible in the hopes that the delays would make their work less profitable but for every piece of equipment broke, another would arrive in days.

Koa therefore switched tactics. As the company was Atlantica Oil Corporation, with head offices in Atlantica, he would head to America to see if he could discourage those in charge from taking his town. Rather than causing trouble that maybe was not necessary, Koa stormed into a board meeting in his full Were-Jaguar regalia. His idea was to try and reason with them. However as he stood there in his “traditional” were-jaguar outfit the CEO and other executives actually laughed at him.

Annoyed at the response he decided that the best tactics would be to divide and conquer and try a more “personalised” approach. Acknowledging that they had already seen what he looked like and his outfit was not suited to sneaking around city environs, Koa decided to completely revamp his look, swapping the old furs for modern materials. Of the original outfit the only thing he kept was the one thing he needed, the family Totem.

With a new look, under the cover of darkness he made various visits to the bosses of AOC warning them that he would teach them a lesson if they did not abandon their plans for Rojano. This time he succeeded in instilling fear into the company bosses. However before he could finish the job word reached him that in his absence the local authorities had sold the town from under the people and Rojana had been bulldozed to the ground.

Koa now felt it was pointless carrying out his mission because it would be for nothing other than a personal victory. Now that his beloved town was now gone, it felt like a part of him had died with it and for the first time in his life he had no idea what to do. He was a protector of a place that no longer existed except in history.

For a few weeks he spend his time wandering the streets of Atlantica looking for a purpose until he picked up a magazine and read a story which featured an interview with a costumed adventurer. The article inspired his for he realised that with his magic totem he still had the means to make a difference and make the loss of his town have some meaning. This was when he vowed to himself that he would defend those without power, from people with money and power who were able to do as they pleased.

The legend of the Were-Jaguar had now arrived in Atlantica.