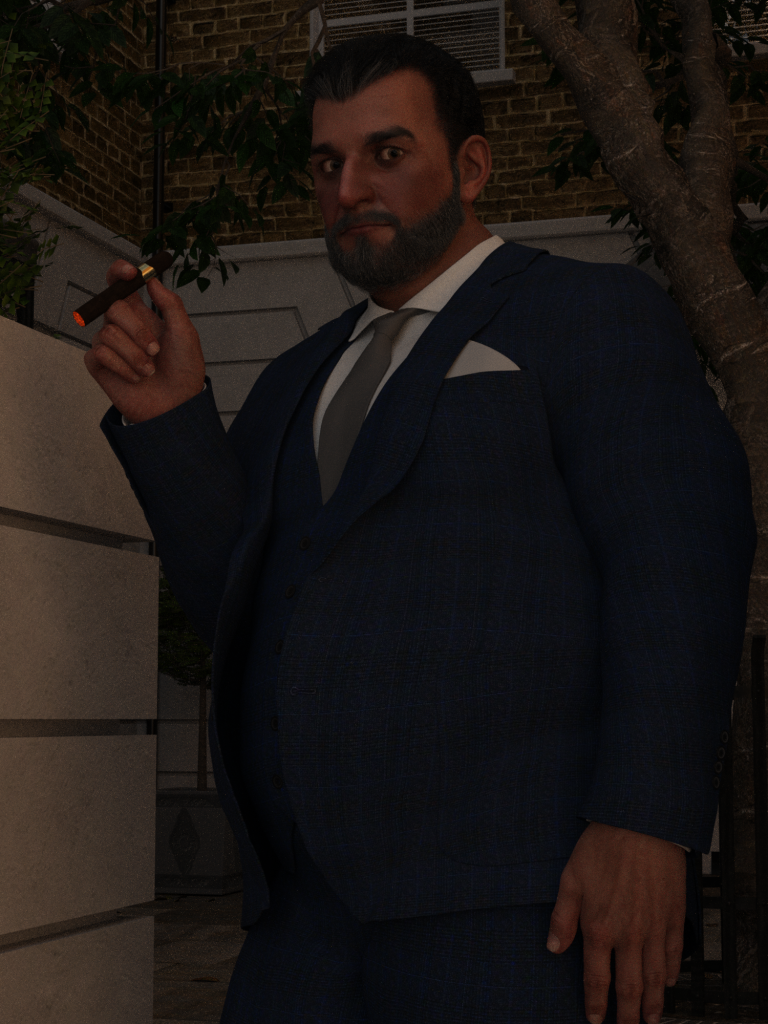 In his early years Wolfgang was a brilliant entrepreneur. Extremely skilled in the world of business enabled him to buy a failing chemical company and turn it into an international supplier. He would never have turned to crime if a global recession had not hit and his company started to  struggle. To save it he called in favours and loans but in a time where people were   desperate to hang onto money, he was left without support.

This was when Black Shadow found him. They needed a well placed company to smuggle their “merchandise” around the world and Schmitt Chemicals was ideal. Having been failed by friends and business acquaintances alike, Wolfgang took the deal. He felt he had nothing to lose.

In time he got quite good at hiding Black Shadow’s business by using his own as a cover and the money he was making far outweighed anything he had ever made legitimately.   Loyalty in the crime syndicate saw him rise in prominence  and he became one of the recognised crime bosses.

Reaching the top occurred about five years after the syndicate had declared war on the Alphas. Though he did not agree with the purge he understood the logic behind it. That meant he tended to distance himself from what the other crime bosses were doing in regards to mass murder.

Though there is no proof it is speculated that when Zodiac made its move against Black Shadow, Wolfgang was already aware of what they were doing. The other Black Shadow heads called an emergency meeting and met whereupon a trap was sprung and CLEA, assisted by Zodiac arrested them all. Wolfgang had been strangely unavailable at that meeting. Some say that he may have been tired of the killing and had given the tip off in the first place about the meeting taking place. Whatever the reason why Wolfgang had not made it to the meeting, deliberate or simply an accident as he claimed, he was not there so he escaped justice.

For several years, without Black Shadow, a criminal vacuum occurred and all around the world crime gangs fought each other for control of Black Shadow’s territory. Even more senseless killing occurred so the Baron decided to bring order to the chaos by putting Black Shadow where it belonged.

Having made billions he alone decided to fund the enterprise whilst keeping Schmitt chemicals as a front, a skill he had become very good at. Since he had not the means to make the new organisation as big as the last one he decided to keep it simpler. The four mega cities were the worlds hubs for trade and the movement of money and goods so simply building power bases in those cities would give the new syndicate a global presence.

As he lived in Atlantica he opted to become to take charge of that city. For the other cities, he looked for the biggest and most notorious crime bosses that operated there. Some of those had even taken charge of the old Black Shadow territory. He offered each of the crime bosses a partnership in the new Black Shadow and if they turned him down he merely offered the job to their competition.

With the four heads of Black Shadow established he could concentrate on doing his part and let them do theirs. Though Schmitt Chemicals still acts as a front for smuggling drugs, counterfeit items, stolen goods and illegal arms, Wolfgang has the means to hire the most expensive lawyers which means he always escapes justice.