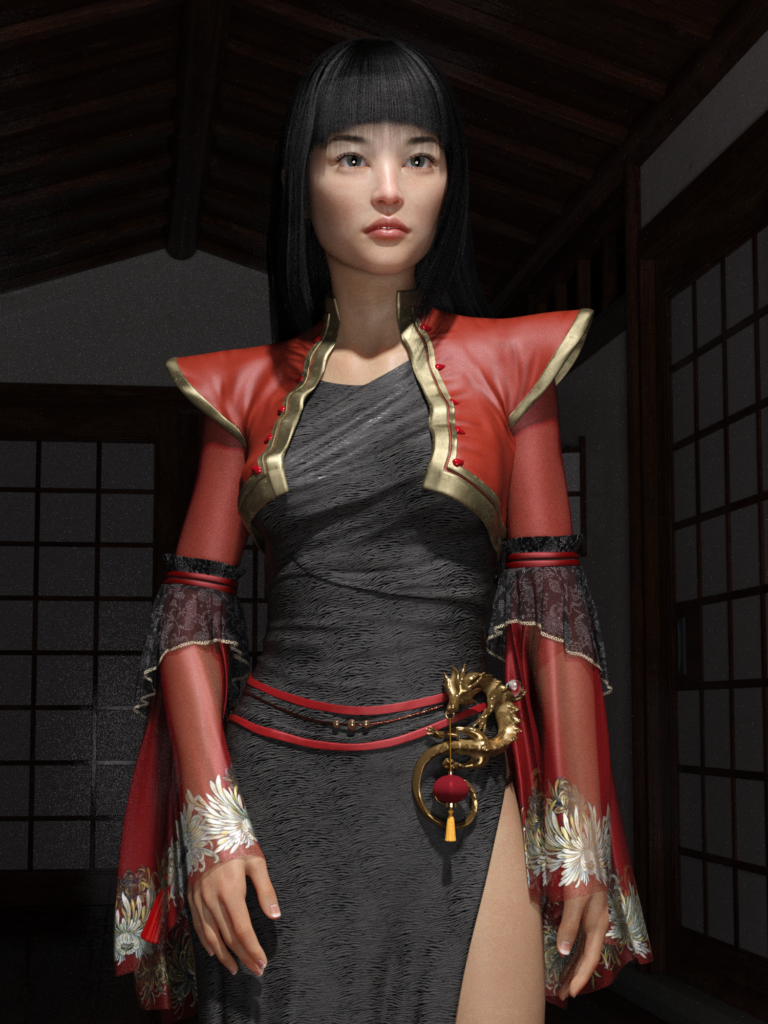 Compared to her partner, Zhi is very much younger. This is not unusual in vampire society since all elders are   “married” only as a formality.  Originally a low ranking member of the coven, she embraced Wang’s teachings  in regards to the treatment of the humans they kept as livestock. To her there did not seem a need to be deliberately cruel if it served no purpose.

Her brother did not agree and as the decades past and the Zhao became unpopular with other covens, he decided that Wang needed to be deposed. This caused a split in the coven and ultimately her brother’s coup failed but not before Wang’s partner, the other Elder died in the crossfire. Her brother was killed and Zhi expected that she would expect the same fate. Failed challenges in other covens frequently ended in the cleansing of trouble causers and their allies.

Since Zhi was a direct relative she expected nothing less. Wang though showed how he was different to other elders. The violent ways of vampires achieved nothing but harm to their race. Wang felt the coven needed to heal and both sides needed to be united so he asked her to become his wife, thus restoring the male and female Elder status to the coven. She accepted and though it was a bold step on Wang’s part it produced a new era of calm within the clan.

After observing his teachings in co-operation it was Zhi that suggested the Coven open its doors to exiles from other covens if they were prepared to not cause trouble. He agreed which again upset the other Elders but they could do nothing in his territory.