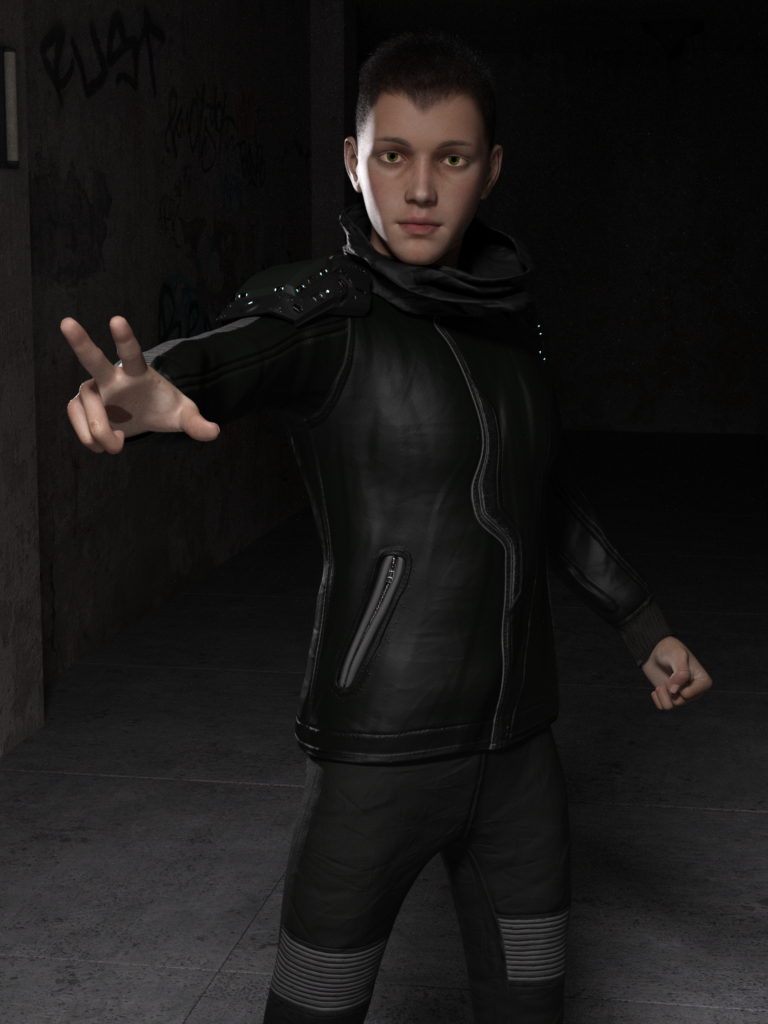 Howie is another of the runaway children that Citadel has captured to use in their experiments. In his case Citadel scientists placed a young alien symbiont, belonging to the Trullernor race inside his body. As part of their reproductive cycle which takes years, young members of the race “live” off their parents. Adults have incredible ESP abilities and the only reason Citadel obtained one was because it was the passenger on a ship the managed to bait into coming to Earth.

The ship crashed and the adult was barely alive. To save the young for further experiments they took them off the adult and tried to attach them to a human host. Howie was the only one they were able to graft the young alien to. Teenagers were chosen for the experiments as Citadel scientists believed since they were still growing the bodies might adapt to alien DNA.

Once the Trullernor was successfully bonded to Howie he gained telekinetic abilities. The scientists believe that this was some sort of genetic defence mechanism and perhaps the alien race was capable of using other species to raise their young.   To protect the host the young therefore transferred their abilities.

Since Howie gained incredible abilities Citadel decided to make him a field agent where his primary task is to locate other “test subjects” for the group. Like so many others he has been brainwashed into loyally serving the criminal organisation.