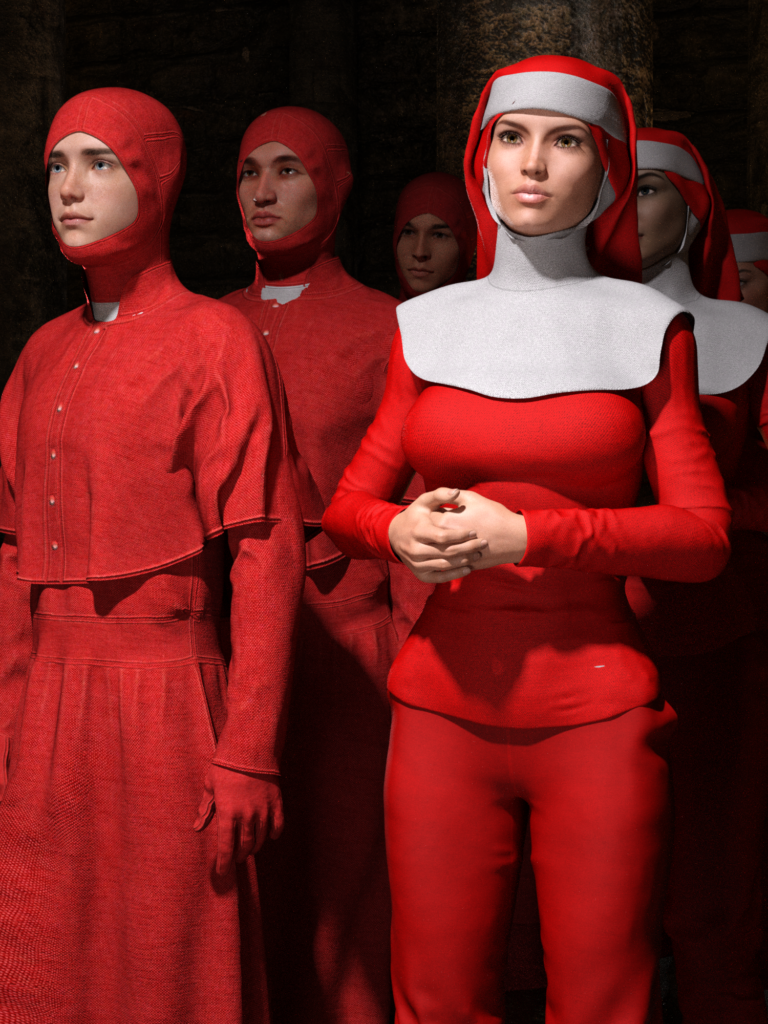 The Blood Disciples is the name given to the members of the Church of Tazael, the followers of the Demon Tazael. When joining the cult members are expected to fulfil specific duties. Men are charged with protecting the congregation from harm. Female members are sent out to “collect” victims for use in rituals which turn them into Soul Hunters, killers who claim souls for Tazael. At one time the people chosen were a mixture of male and female but in recent times Soul Hunters have been all female.

As the women dress similar to “ordinary” nuns they can often sneak up on potential victims and catch them by surprise. Once incapacitated they are taken back to the Cult’s  establishment and held prisoner there until the time of the ceremony.  To create a perfect Soul Hunter, the victims need to be pure of heart, or “innocent”. They also need to be kept in good condition since if weak the ceremony will kill them.

The men’s role of protection was at one time relatively easy. There were few threats to the cult so they only really needed to protect the venue they were using for the cult’s base of operations. In recent times though they have had to content with an increasing number of attacks from heroes. The biggest threat has come from two Soul Hunters who broke the control over their artefacts and  started fighting against the church using the names Zhong Kui and Shishi, both names coming from Chinese legend and culture, the former a Demon hunter and the latter a Stone Guardian Lion.

Attracting members to the cult might seem hard. Most sane people would not align themselves with a Demon. However the types of people that join are often in desperate trouble with other people, maybe loan sharks or other criminal types. Once a suitable candidate is identified the Blood Abbot will offer to teach them dark magic as a means to smite their enemies. Very often after finding out his teachings are valid, they join.