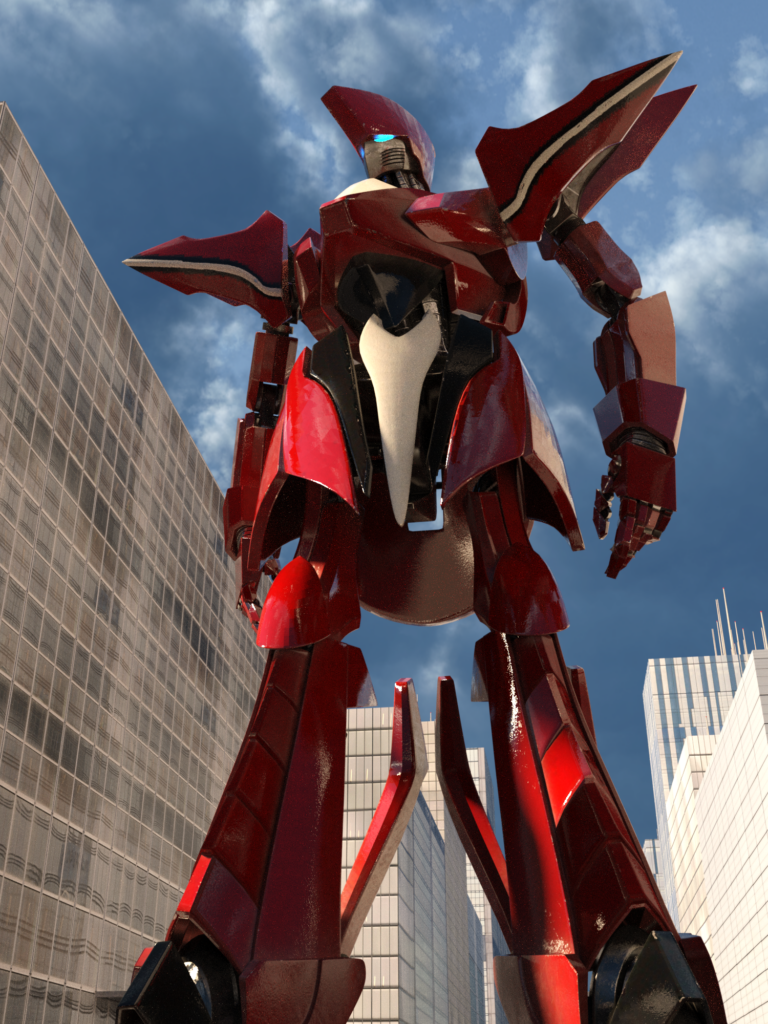 When it comes to naming the unknown CLEA is well versed in assigning code names. However “Cosmic Knight” in many different alien languages is the term that has been used to describe these huge automatons. After one arrived on Earth and caused much mayhem and destruction Reavant of the Menagerie was contacted for intel. However despite having a good deal of knowledge on many different alien types, he could not provide much information in regards to the giant robot.

All Reuvant could state was that he only knew of them from reputation and had largely believed them to be more myth than real. Across many different worlds the stories were similar in that once the people reached a certain stage in development that would be visited by a Cosmic Knight who would attack without provocation.

At worst such a machine could wipe out hundreds if not thousands but if defeated it would simply flee. The general theory regarding the robots is that they are some sort of military test, linked to an  unknown and ancient race, probably older than the Eopua. One theory suggest they are a prelude to an invasion but since there is no follow up evidence across alien cultures to support this, then the alternate theory is that the machines are sent to see is a developing race is a potential threat to the race that sent it.

This second theory has more ground since if defeated, other Cosmic Knights would be sent, again to perhaps test a race. Reavant therefore suggested that after the heroes of Earth had been successful in repelling one unit then others would eventually arrive but he had no idea on the timescale.

Interestingly despite its power and technology the first Cosmic Knight to arrive on Earth seemed extremely vulnerable to older weapons technology. Whereas it was easily able to shrug off attacks from energy based weapons, bullets seemed to bypass its shielding.