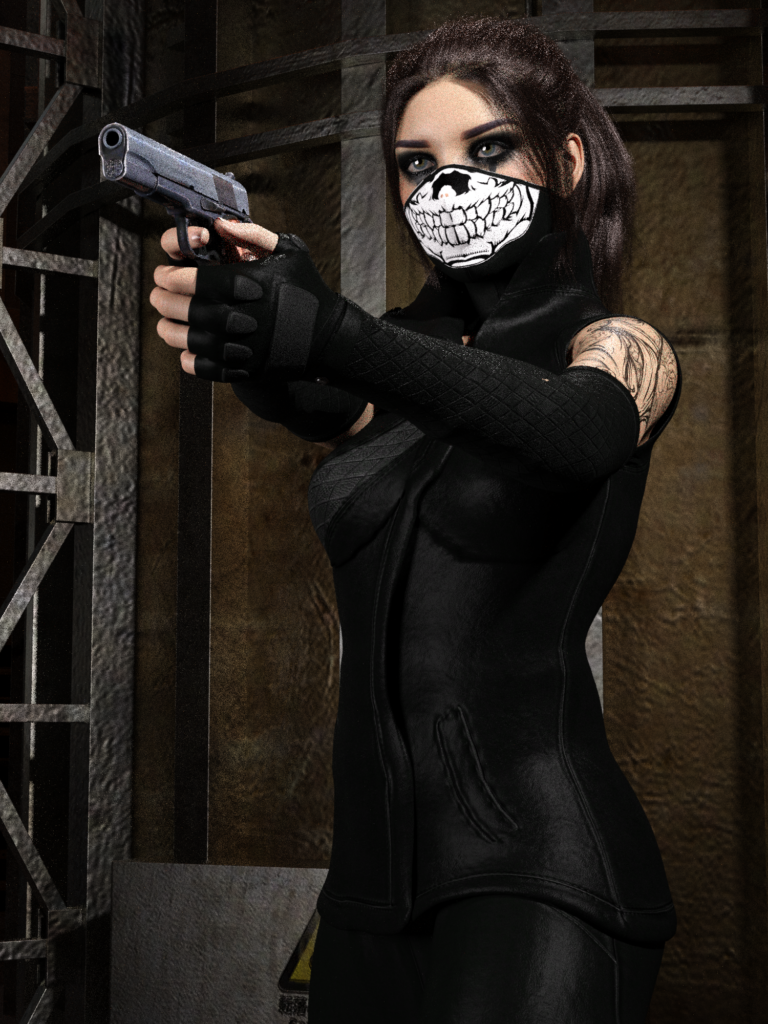 Claire was a child of the street in Europa. She ran away from home to escape her abusive father and found life on the street equally tough. To survive she had to learn to be ruthless. Eventually she found her way into Doug Claremont’s hands where he used her as a drugs mule, delivering his supplies. When she became too large for sneaking down the sewers, Doug used her as he used all the young women that had grown up under his care – as “entertainment” for his clients.

When Nathan Clarke decided to put him out of business, Claire found herself back on the streets. It is thought she found with in a brothel and then “something” happened. Psychologists can only speculate that she grew tired of being raped on a nightly basis but whatever it was she obtained a knife and went through the entire brothel stabbing all the clients. Investigating officers had never seen anything like it when the arrived at the scene.

Following on from this, the young woman’s hatred of men continued to grow, along with perfecting her killing. When Claremont rebuilt his empire she returned to him, not for work but revenge on what he had allowed her to be subjected to. Impressed by her tenacity and her need for violence Doug managed to not only avoid his fate but turn the tables on Claire by offering the outlet her rage needed, if she would work for him. This was when she became the Deathstalker.