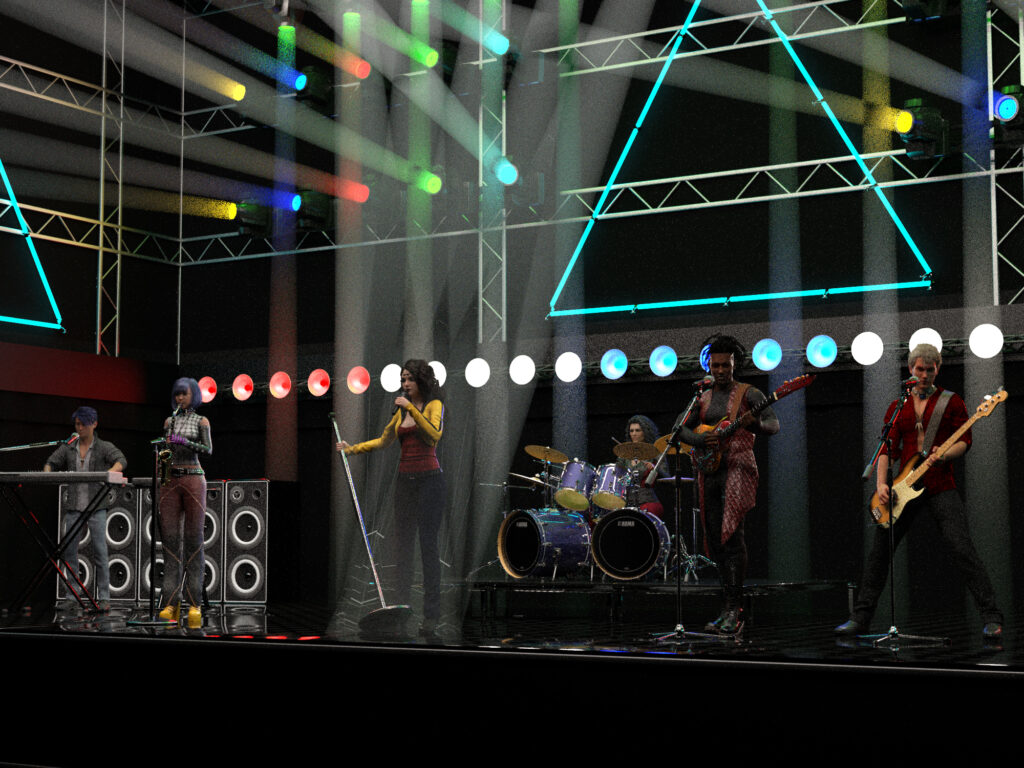 One of the most powerful known Avatar Totems known to have existed was the much fabled “Harmony” Totem. Like most artefacts of its type it required “recharging” in order to create its magic and the Totem thrived on music and dance. The magic it gave its host was similarly music and dance related.

Throughout history there were legends of musical instruments causing great catastrophes or enthralling people in a from of hypnosis which would bend the will to whomever was playing. All were thought to have been the actions of whomever was acting as the host for the Harmony Avatar.

Such was the world changing threat the Totem possessed the Order of Observers decided to split the Totem to reduce its potential and through their actions, one Totem became six. However unlike other Avatar Totems that had been split the Harmony Totems seem to have been left with a strange ability to resonate with each other meaning that if they were brought together they would start acting as one. When the Order realised this they scattered the six Totems as far and wide as possible.

Possessing only a weak power each of the Totems on its own only had the potential to “enhance” its Host. Like most Avatar Totems they required “recharging” and that meant they needed their host to give them what they wanted. Consequently throughout history the Totems would always end up in the hands of someone with musical skills whereupon they would turn them from good to great. Some of the greatest composers known to history are believed to have been  inadvertent hosts for the Harmony Totems, and since the actual Totems could change form they would become whatever their host needed them to be.

Demons and evil magic wielders were always hunting for Totems to increase their power and Avatar Totems were the highest prize. In modern times after much work the Demon Empaot managed to locate the hosts of all six Harmony Totems were.  The actual hosts were well known in society for all six were amongst the top musicians of their generation. Simply killing them and taking the Totems was not going to work well for Empaot as it would draw too much information. She therefore decided to play a long game and hopefully bring all six totems together and once she claimed them all then she would have the power of the original.

The first Totem she located was in the hands of the lead singer and violin player, Penelope Hill of a British band known as “Union Back”. Her Totem had “transformed” itself into a violin box which was never far  from her when she was singing.

The next she identified as belonging to an American Bass  guitarist with a group of cousins all belonging to the Berlin family. Aidan Berlin had acquired a golden plectrum that made him play the bass guitar like nothing anyone had heard before.

Roulan Lau was in possession of the another Totem. This had “disguised” itself as the mouthpiece for a saxophone and made her a leading player. She was that well renowned that she would often be asked to attend concerts and play with some of the top bands.

One of the hardest Totems, Empaot identified was in possession of Rock Drummer, Miranda Flores from the band “Serpent”. Her Totem had disguised itself as a drumstick. Though an unbelievable player, Miranda often shied away from the limelight and only took credit along with the other band members. This was why the Demon had not really noticed her.

By comparison the pianist/keyboard player Hajun Kang was a lot easier for Empaot to find. He always had sell out concerts and was often involved in projects working with other artists. His totem actual had taken the form of a necklace which was unusual as all the others were directly connected to music.

Lastly Empaot found Linford Simpson, the lead guitarist with “The Chess Kings” a prominent rock band. Like Aidan he had “discovered” a golden plectrum and once he had it his playing improved no end. The Demon perhaps had noticed him as there were rumours in the music industry the the rest of the band had grown annoyed with Linford for his fame and talent outshone their own and they had become quite outspoken. Though they were jealous they made the excuse that he was putting himself before the band which is why there was a lot of ill feeling.

Having located all of the Harmony Totems Empaot put her plan into action and took on the mortal form of a human female. She became “Emma Potts” a mogul in the music industry and met each of the musicians in turn. She then presented them with the idea of building the greatest rock band ever. Though some had strong loyalties to their bands, Empaot manipulated situations to ensure that all six would become part of her project.

The formation of the band called “Delta 6” set the music industry on fire. Within hours of announcing the line up and world tour the tickets were sold out. Still not wanting to act suspiciously Empoat let the band play for half the tour, and then  she planned them to meet with tragedy by crashing the plane they were on. Once the hosts were dead and there were no witnesses  she would then take the Totems for herself.

However assembling the band and manipulating its members out of their existing contracts in such an unusual manner alerted Harman and Irmina to the presence of dark magic. When Empaot tried to cause the plane crash they intervened. Having cloaked themselves from the Demon they had boarded as part of the security team. As soon as Empaot made her move, they made theirs and sent her to the Dark Realm. Though they knew their actions were temporary they bought enough time to save the plane.

The Wizard and Witch then brought the band members and themselves into a limbo timeless pocket universe and explained to the band all what had actually been happening. Though they did not believe in magic, the pair proved its existence by showing them the true form of the Totems. They then told them that their manager was a Demon and would stop at nothing to get her hands on their Totems and there would be others coming from them. When asked by the band how they could escape what was coming Harman explained that there were only two outcomes, death of they learned how to recharge and learn their Totems. Since they were in a limbo realm they had all the time they needed.

By the time the pair released the band to the normal realm they had received enough basic training to deal with Empaot when she returned. Working together they nearly vanquished her and would have succeeded had the Demon not chosen to flee. Harman and Irmina had been tempted to intervene but they knew the Band members had to learn how to stand on their own.

Though one Demon was gone, the Band knew from Harman’s warning others might come. Having had their lives saved, they wanted to join the fight against evil, basically to eradicate it before dark entities could do the same. However as they were famous they knew they could not simply run around fighting evil. Harman made two suggestions. The first was that they kept working as a Band, since that would get them around the world which was a useful cover for fighting evil. Secondly he offered to give them a cloaking spell so people would not recognise them when they so chose. Though they started out looking for dark magic users in time they have used their totems to fight other types of evil doers.

With Harman and Irmina’s help, the greatest rock band the world has ever seen was become some of the greatest crime fighters of all time. Unlike other heroes known around the world, very few people are aware that Delta 6 is anything other than a group of talented musicians.