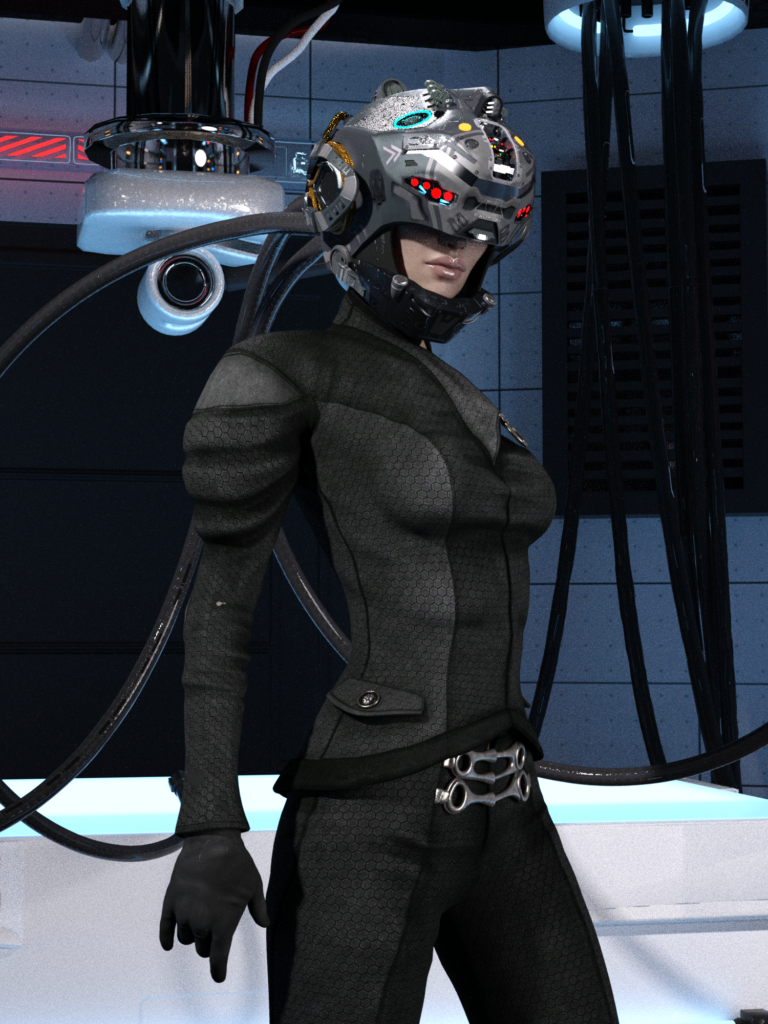 Melissa was considered a child prodigy.  Able to understand engineer principles at an early age led her to become a master whilst sill quite young. My the time she was twenty two her theories and inventions had led the the creation of some amazing equipment for private security firms.

The Knight’s Forge were keen to have someone like that on their team. She accepted her position but whilst most people viewed it as an honour to work for the Forge and dedicate the lives to helping those that help others, Melissa simply did not “get it”.  In joining the Forge she had left a career that was set to make her millions and she quickly grew frustrated at the “menial” allowance they paid her.

This eventually led to a lot of friction between her and the other inventors working for the Forge. The working environment got so bad that she asked to leave. This was the first time that anyone had made such a request and gave them quite a headache.

In the end she was granted her request but on the basis that she never used anything she had built for them whilst working for the Forge. This she agreed to do. Having had her banks accounts simply gaining interest through investments before working for the Forge, by the time she left the group, Melissa had enough money to start up a small company.  Enigma solutions was born, so named because advanced tech always seemed to be a complete mystery to normal “uneducated” people.

For a while she complied with the Forge’s request but then grew bitter at the idea of not profiting from her work. Defying them she started selling the designs she had made for the Forge. However she failed to graps the concept that if the Forge gave its tech to vigilantes and law enforcement groups then by putting it on the open market, enemies of such groups would be able to learn any weaknesses in the design. Melissa was now a security risk as the Forge, by way of CLEA had no option to force Enigma Solutions to cease its trading.

Angry, Melissa decided to offer her services to the highest bidder and the criminal groups that wanted her offered to help set up Enigma Solutions and an underground operation. They got tech and she got to continue working and making money so it seemed a win-win solution for everyone. CLEA though had got wind of what she was up to.

They monitored her operations and managed to get agents inside it, posing as workers at the factories that built her tech under various shell companies. They wanted to gather as much data as possible to guarantee a prosecution but when they learned she was making a deal to trade equipment with the Mechaniac they had no choice but take action.

The deal between the Mechaniac and Enigma was simply an exchange of information and technologies. The pair met with their own back up in a remote location in South America. CLEA, aware of where the meeting was called in Arrowhead to perform an air strike. The intention was to take down both operations at the same time but whilst they killed many, Melissa and the Mechaniac got away.

She did not however get clean away. The flash from the bombs practically blinded her and shrapnel caused some partial braindamage. Melissa recovered with the Mechaniac’s help who saw a possible ally in her. Together they built her a helmet which would restore her vision and bypass the damage areas of her brain. Added to this were three arms which she could use as extra hands whilst fabricating tech.

Upon returning to what was left of Enigma solutions, Melissa had adopted the persona of Dr Blacksmith. Taking an idea of the Mechaniac she established facilities in countries that did not recognise CLEA and employed people that were more greateful of the money they were getting that whom they were workign for.

For what they had done to her, Melissa now had a personal vendetta with CLEA. To this end she decided to fund a renegade air team that would provide protection to her future trade deals. Never again would Arrowhead get away with an attack. Rather than keep control of them, after setting up the operation she let them manage themselves and find their own clients. Melissa figured that by having them work for other criminals they would be far more active and thorn in Arrowhead’s side.

Turning her attention to the Knight’s Forge, she decided that the best way to get back at them for shutting down her legitimate business was by mimicking them. She formed the Tech Collectors, a team of people that would steal tech from the “good guys” that she could then reverse engineer and/or adapt before selling to the criminal underworld.