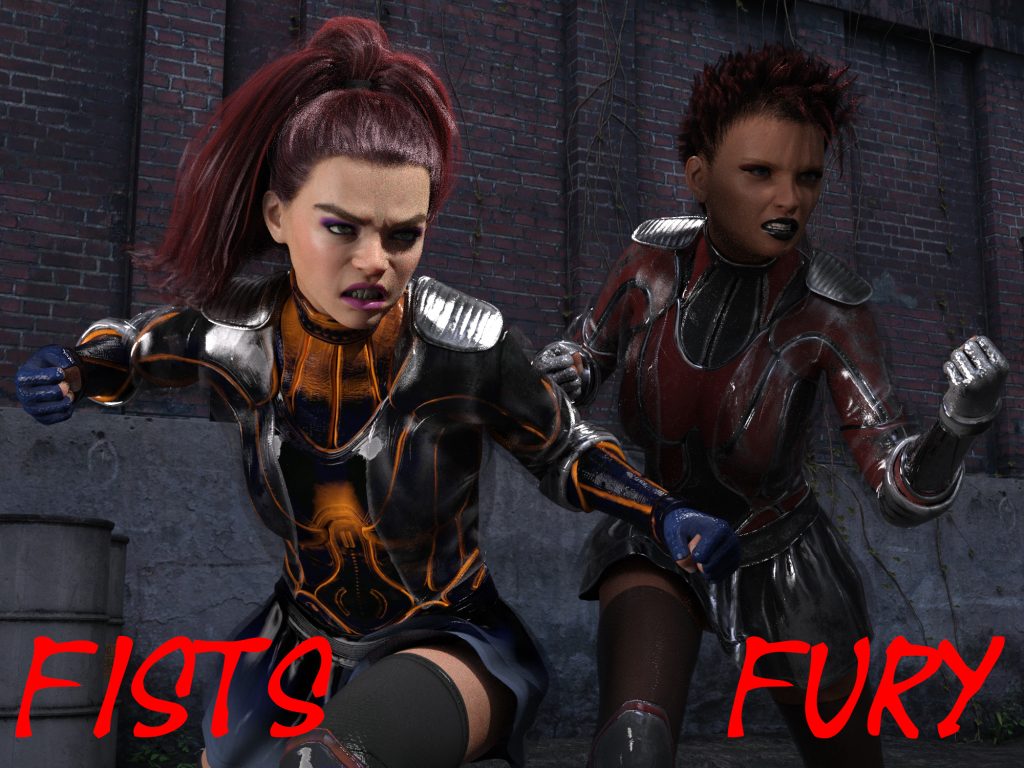 Fists and Fury had been in crime gangs ever since their early teens. They came from broken families and learned to take care of themselves on the streets of Altantica. Originally they led separate existences until Mason happened upon Wicks being mugged and helped fight of her attacker.

Realising they would benefit from mutual protection they decided to stay together, eventually becoming inseparable. They pair drifted from gang to gang until they ended up in the Thompson Gang. Whilst with the gang they watched as another individual, Rebecca Georgiou rose up its ranks, and merge with others. They idolised the woman and so decided to support her.

Georgiou would eventually seize control of the gang and rename it Atlantica Streetz. It was then that she decided to rewards the loyalty of the pair by making them her personal bodyguards. Though the pair had always fought well, as the opposition to those under the Lady’s leadership as well as the gangs enemies seemed to grow, Rebecca decided to “turn” Carly and Karen into better fighters by obtaining a unique strain of the recreational drug “Marathon”. Being unquestionably loyal to her they jumped at the chance to serve their superior better.

Normally “Marathon” users feel an intense and sustained burst of adrenalin which gives them a feeling of being immensely powerful whilst at the same time they tend to lose their inhibitions. Side effects also include addiction and a dangerous increase in heart rate which can be fatal on an overdose. The name refers to the user feeling like they can run a marathon. Normally the “high” does not last that long but both Carly and Karen seem to maintain the effect for far longer, almost semi-permanent without losing control of their minds and thankfully this variant of the drug has not appeared on the streets. It is also believed another similar version of Marathon was behind the creation of the criminal “Ten men”. The difference between him and Carly or Karen is that the women do not possess increases of strength but instead have accelerated healing and faster reflex responses.