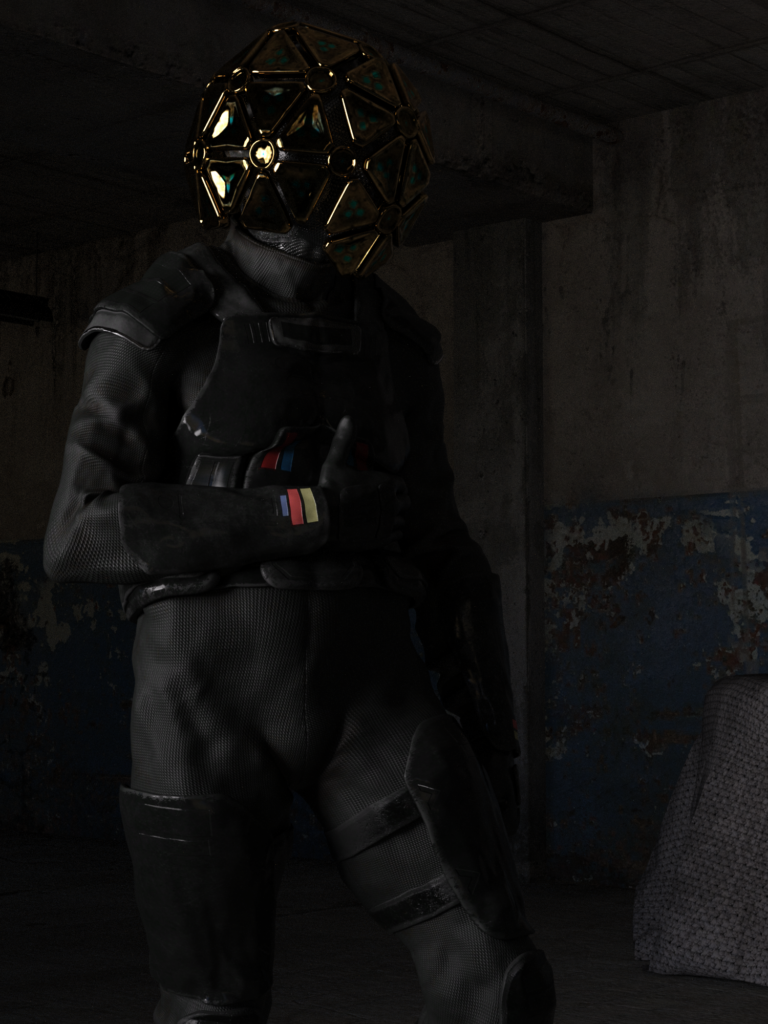 A one time well respected business man, Mr Sugimoto was often the brains behind the success of several high powered companies. He made a career out of building them up from nothing and once they had reached the top, he simply moved on. To him his interest lay in the challenge.

Kazuya’s fall from grace occurred due to his secret hobby. He was fascinated by the idea of extra terrestrials to the point of obsession. With the millions he made through work, he invested a lot of that into acquiring alien tech. He collected such items and did not really care where it came from Whilst others would have wanted to reverse engineer such tech and try and sell the secrets on or use it to create new terrestrial tech,  for Kazuya it was more of a learning adventure. Just as victorian business men often had chemistry labs in their homes and conducted studies, he was the same only he “played” with alien technology.

One day one of his contacts approached Kazuya and informed him of a very rare item that had come onto the black market. It was supposed to be part of a data core that fitted on an organic computer that had come from an alien ship. Kazuya had to have it a duly paid a great deal of money to get his prize. Three weeks later is was delivered. The item appeared a little bit larger than a football. Underneath was a large opening. He presumed this went over the top of the organic computer. The unit appeared to be dead, which was not a surprise as most alien items in his collection were either damaged or incomplete.

Anyhow after fiddling around with it for a few minutes he put it down and then went to make space in his vault for the item. When he returned he found the front panel open. Picking it up and he looked inside and it appeared hollow. Looking at it he felt it resembled some sort of helmet rather than a data core. Tempted by this idea, he tried putting in on like a helmet. It was almost a joke to him but as soon as his head was inside, the front plate snapped down and it whirred into life.

He tried removing it but it would not come off. Then a second later his brain felt like it was on fire. He started to receive images in his mind. At first he did not recognise the writing and then it all became clear, like it was learning from him. After a few minutes more the pain eased for Kazuya. He suddenly started to have answers to some of the questions he always wondered. Puzzles that he could never have hoped to have solved before all seemed easy now. It did not take a genius for him to work out that the “helmet” had boosted his intelligence but that was only the begining.

In time worked out how to remove the device but felt unable to stay out of it for too long. It was like a drug. From it Kazuya learned that instead of a data core he had purchased an alien weapon, which had now adapted itself to human physiology. In the process of adapting itself it had also changed Kazuya. His old business life now seemed mundane and he became obsessed with puzzles and taking challenges that tested his intelligence.

CLEA learned all this from his journals but they suddenly stopped and he inexplicably began a criminal career. At first his actions seemed random but then an overall pattern emerged and it was like on every occassion he was testing the authorities. CLEA scientists suspect that the alien tech might also be gathering data, to learn how humans deal with threats. Such information might be useful to an outside invasion force. This could indicate that only once the unit has gathered all the information it requires that it will send a message “home”.

The one thing that puzzled CLEA agents was how Kazuya had acquired such a dangerous item because after a thorough investigation it appeared to not have originated by “normal” black market channels. One theory is that Citadel took possession of the item and wanted to see how it worked and so allowed it to “escape” into the hands of a civilian to see what would happen.

Dangerous and unpredictable Kazuya can strike at any time and almost always accompanied by mercs. He was given the code name Golf ball after the term was used in the media.