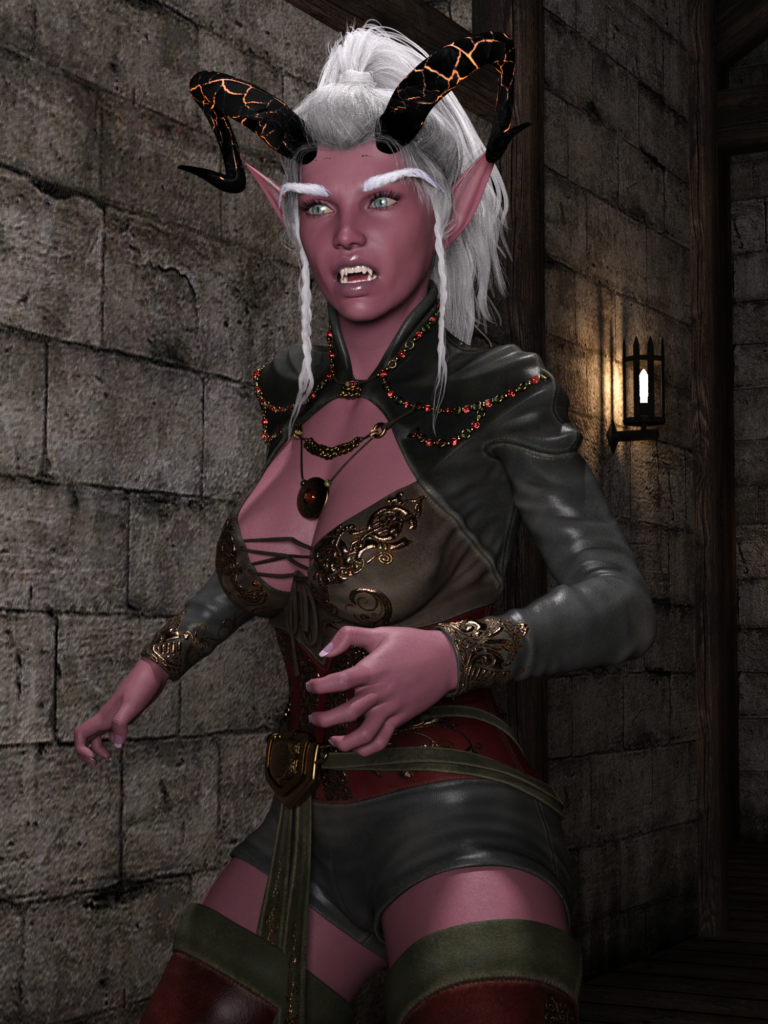 Hanalep is the result of a forbidden liaison between a Vampire and Demon in mortal guise.   Normally Vampires cannot have children but interaction with a  Demon made that possible and produced Hanalep. Whereas Vampires have a human form and Demons can disguise themselves to appear human, she  is permanently stuck with a distinct animal look.

Such was the insult to both Demons and Vampires of having a relationship with each other, that her parents were killed by their respective parents at an early age. She thus had to fend for herself on the streets. Though having no education her demonic part allowed her to learn quickly through observation and her vampire side allowed her to feed.

Homeless made good targets since nobody missed them but she could never hang around too long in any one location. Her looks naturally drew attention and since “mortals” tended to act violently to what they did not understand, despite her impressive power they were very dangerous if they came in numbers.

When she found the Blood Clan, Hanalep was accepted into the Elite and finally had a place where she belonged and no longer needed to actually kill to survive since the members gave her all the nourishment she needs. Of all the Elite, Hanalep is the hardest to anger and will not kill unless provoked. However when it comes to dealing with enemies she will often show the full power of her mixed parentage.