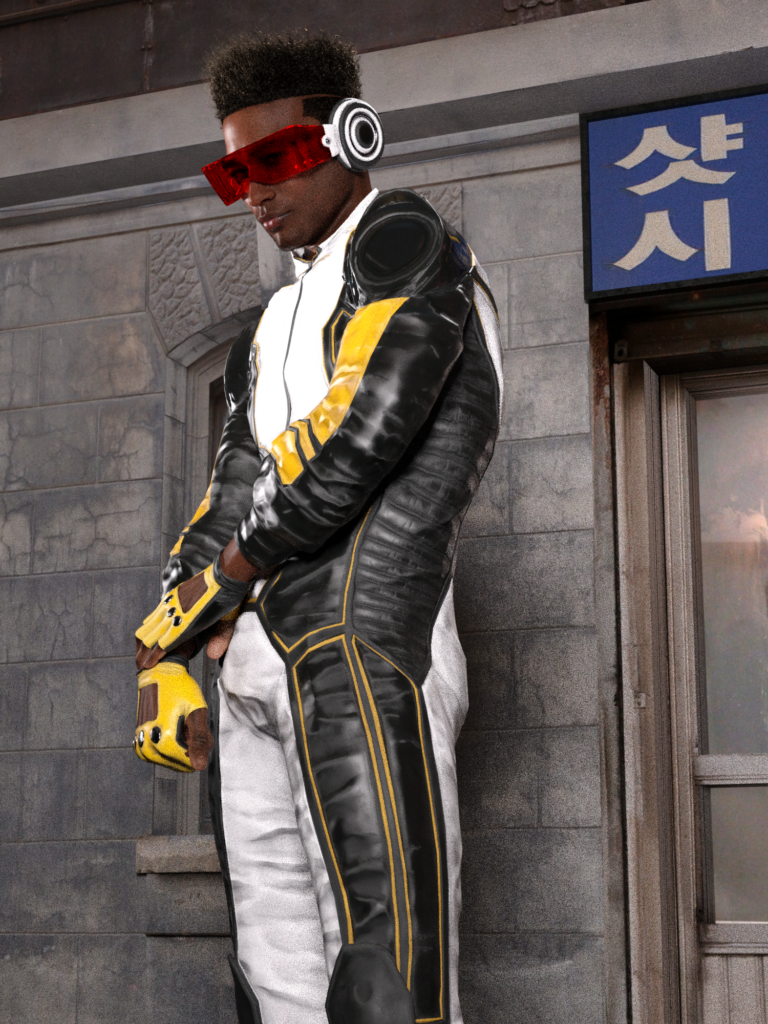 Josiah is another product of the same government experiment, “Project Eavesdrop” that created the hero “Network.” When the program was shut down all those that had been altered with implants were deemed a security risk. Network tried to go into hiding and spent most of her life always trying to stay one step ahead of Government Agents that wanted her dead and unscrupulous types that wanted to hire her.

Instead of hiding Josiah decided to go completely active and make himself in disposable by hiring himself out to criminals. Figuring that if his own government wanted him dead then he owed his country no loyalty he began  making powerful friends with the wrong people, the types of people he knew would protect him as  a valuable asset.

Over time he became very rich and that allowed him to find a way of protecting himself by purchasing ex military gear in the form of small missile platforms. Whenever he knew people were coming for him he could simply take them out with a missile. Self sufficient he marketed himself as an information broker and with his abilities there was very little he could not find out about people. Of course he tended to limit what he learned since it ensured clients would pay for more.

Correlating vast amounts of data in his mind led to massive headaches so in return for a favour he did for Dr Blacksmith, she built him a special set of goggles where he could visualise the information making it easier to process. This was when he started calling himself HUD since he had his own “Head Up Display”.

Currently wanted by many countries world wide, his ability to lose digital data means he is exceptionally hard to track other than by more “traditional” analogue methods.