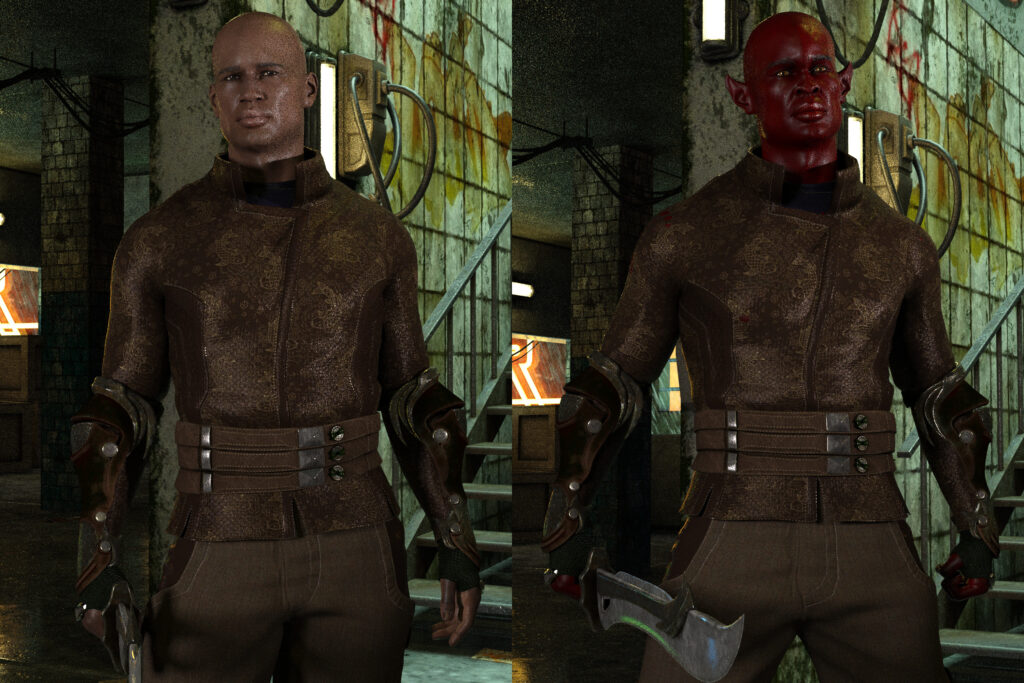 Isaiah and his younger brother Jaylen were the children of a Demonic mother and mortal father. The Demon intended her children to collect supporters for her in the mortal realm. This was one of the ways in which Demons could indirectly interfere in the lives of mortal without incurring the wrath of the Angels by breaking the agreement. However as far as “mother” was concerned, neither one of her children was interested in being part of her legacy. Jaylen chose to fight against it, whilst Isaiah chose to use his special demonic powers for his own ends.

Growing up Isaiah had an insatiable urge for violence. This was connected to the Dark Magic that was part of him. Making others fear him and bending them to his will made him feel strong and powerful. For a time he even ran his own street gang and this was when he and Jaylen moved away from each other because their life goals were heading in polar opposite directions.

It was whilst running the gang that Isaiah discovered that if he drew blood in a fight he became invigorated as his dark magic potent increased. The effect was like a drug and he soon started drinking it but once he did that he soon learned that he could not survive without it. Though he had great magical abilities, rival members of his gang soon realised their leader had a weakness and the tables were turned for they locked him up like an animal. Weak and unable to summon his fiery abilities he was trapped, that was until the gang attacked someone being protected by the Blood Clan.

Sachra came looking for vengeance and traced the gang back to their hideout and completely decimated them. Before leaving she heard a cry for help and not wanting to leave any witnesses she went to kill the source and found Isaiah. Recognising a fellow half-demon she freed him and took him back with her to the Blood Clan.

Here Isaiah was tended for by members and once he recovered Sachra invited him to join the Elite. Some of the other Elite objected, citing Isaiah was weak if he had been imprisoned. By now he was at full strength and unleashed his full power on the doubters. They never accused him as being weak after that.

With the Blood Clan members giving him blood Isaiah has never again been left in a helpless situation. However unlike in the past when he ruled supreme he has had to learn to share power with the Elite. Though not ideal in his opinion he has found it useful to have allies and the price of protecting members from harm is not so bad since it means he can indulge in violence whilst hunting down enemies of the Clan.