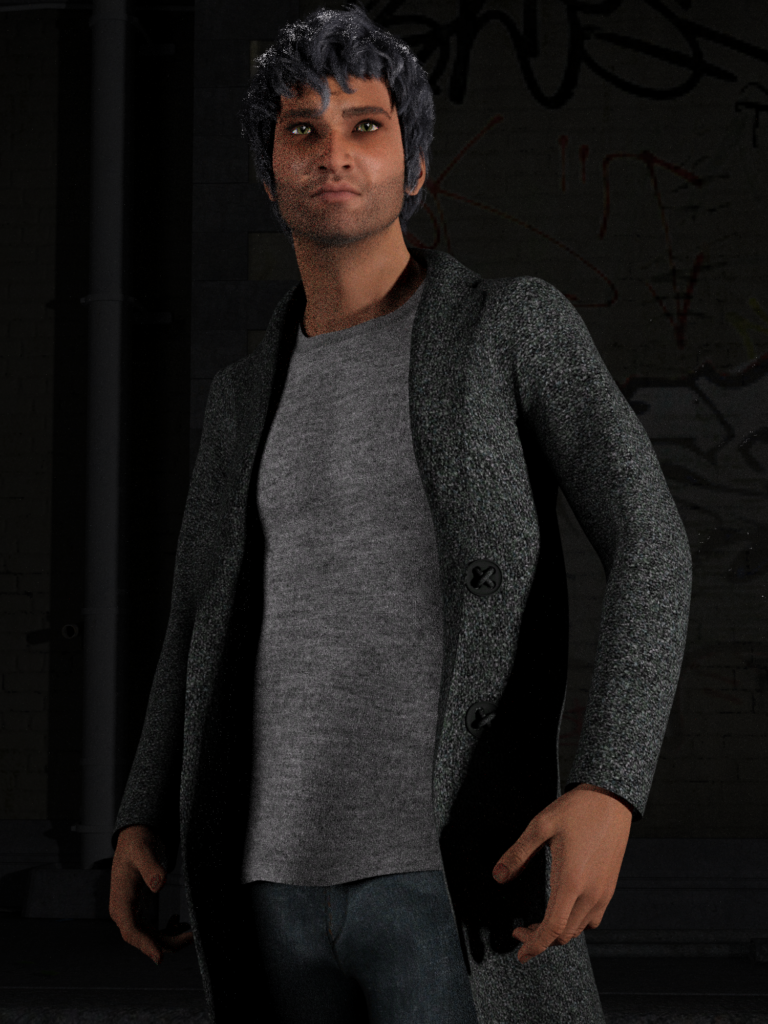 Kabir once served the Vampire House da Silva as a Honoured Member. Having a good business acumen meant he was excellent at getting what the House wanted and when it wanted it and best of all through use of shell companies and third party trading the could keep everything well away from the law.

His biggest mistake was arrogance, thinking that nobody else could follow what he did. Therefore when he started to help lower ranking members of the House with side deals he was eventually exposed, albeit by someone want to climb the ranks who chose to expose Kabir. This was despite the fact he had only been trying to help those under the feet of the Elders have their lives made a little easier

Expelled from the House and left to fend for himself, he took all his contacts with him. However he had a hard time hunting humans because despite being a vampire he had been so accustomed to being supplied blood he had never actually had to kill. He was therefore in a sorry state when Natasha found him. Having learned of his legendary business skills, she needed Kabir to get the resources needed to the League of Blood to make her “organisation” viable. In return for his help she taught him how to hunt and made him a partner in the League, a position he has retained ever since.

Though not a strong warrior compared to other vampires, without him the League of Blood could not exist.