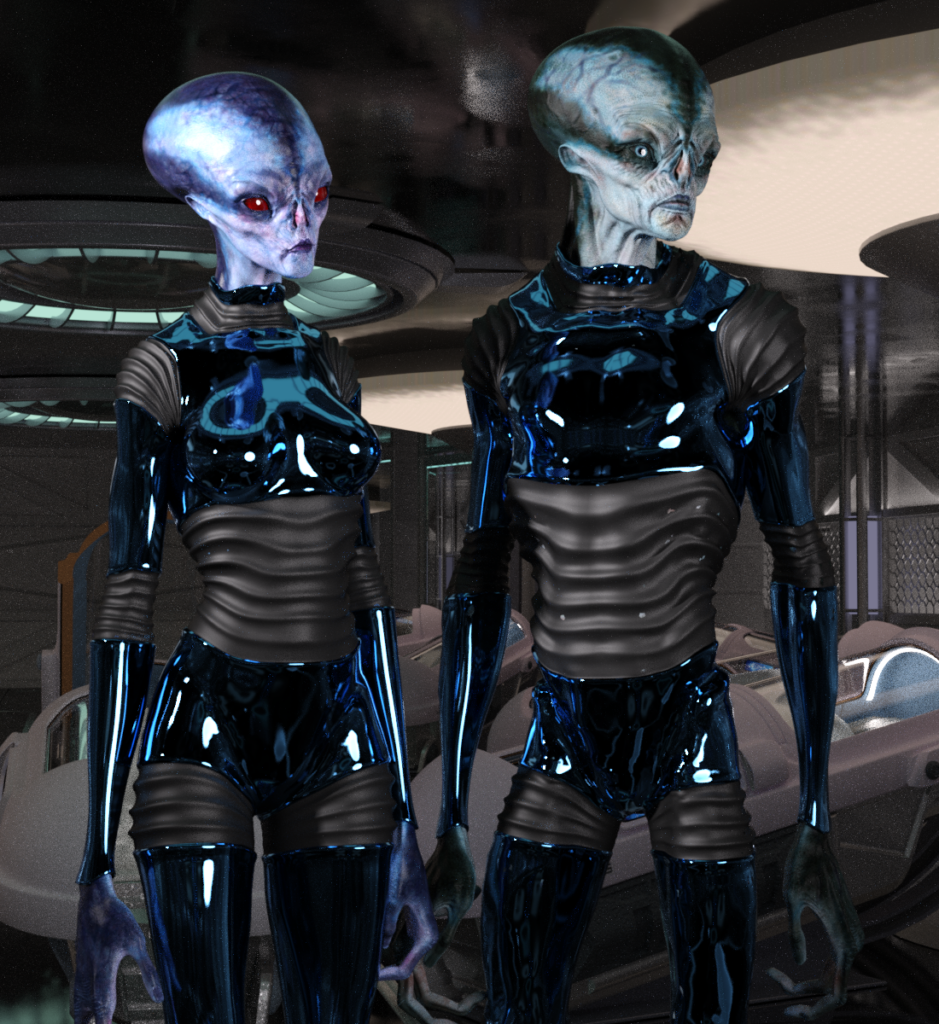 Quarrud-Xaiqrons are one of the most troublesome alien races for the Eopua. They come from a region of space far outside the local cluster and are well known in our galaxy for the fact they specialise in capturing training and selling slaves.

Normally most races would never risk going against the Eopua. However the  Quarrud-Xaiqrons have developed technology close to that of the Eopua so have the means to defend themselves. However the race is not stupid and would not knowingly enter a combat situation. Instead the employ hit and run tactics to avoid the Eopua. Using small an fast ships, a hunting group will breach the border of Eopua space, fly to a target planet and capture enough people to fill their cargo holds and then make their escape.

The reason such an advanced race would deal in slave is down to the fact their home world is low on resources and they need a rare mineral in which to survive. Explorers found alternative sources on other worlds but races such as the Broodzwar would only trade in slaves. Though less advanced they can deal with anything that the Quarrud-Xaigrons can throw at them which negates invasion. Trading technology was not an options either for whilst many races would employ robots with AI to carry out menial work, the Broodzwar had a history with “machine” races and do not trust machines that can think for themselves. They believe that slaves, like animals are far easier to control.

This has left the Quarrud-Xaiqrons with little alternative but to give the Broodzwar what they need. Obtaining slaves though is not easy for a lot of spacefaring races can protect themselves quite well in their home galaxy. In our galaxy though there are more “choices” of target but they have to get past the Eopua defences.

Over time the Quarrud-Xaiqrons raided several other worlds before focussing their attention on Earth. They had learned that humans were less advance but could not understand why the Eopua were so intent on protecting them and had formed a cordon around the planet.

By mounting several exploratory missions they learned how “primitive” humans were highly adaptable enabling them to perform a huge repertoire of jobs, which was desirable in slaves. They also discovered Alpha Humans, the reason the Eopua were so protective of Earth. Though such humans had even greater potential the Quarrud-Xaiqrosn realised that such people used as slaves would be far harder to control and more trouble than they were worth. Since Alphas were quite rare the chances of encountering them were deemed slim so the Quarrud-Xaiqrons marked the planet as a suitable source. Considering humans a valuable “product” hunting parties decided they would risk encountering the Eopua as it meant they could trade for greater returns with the Broodzwar and other races.

After a number of failures due to being intercepted by the Eopua, the hunting parties stumbled upon a way to minimise the risk of being detected after discovering that they could hide their ships from sensors by placing them in low orbit in the polar regions of the planet where the magnetic fields helped masked them. Though that bought them extra time before the Eopua become aware of their presence it limited their slaving activities to arctic regions.

The tactic though does not protect them against any of Earth’s heroes. However, the fact that they are active in the arctic regions actually limits the chances of this occurring since the few scattered villages in this region are isolated and therefore are not often able to alert anyone else of trouble, extra-terrestrial or otherwise.

People in those regions eventually came to recognise the alien races and tried to find ways to deal with them. Unable to deal with the technology, people such as the Inuit found the best tactic was to “hide” when a hunting party is detected. To those people the Quarrud-Xairons are simple known as “Blues” due to the skin colouration.

Since the race are very much at home with the cold and are aware that most of their captives are the opposite, they have developed cold based weapons. This allows them to “freeze” their victims when hunting for slaves. Unlike other forms of weapons, the victims do not suffer any lasting damage and so are perfect specimens which makes their slaves command higher prices.