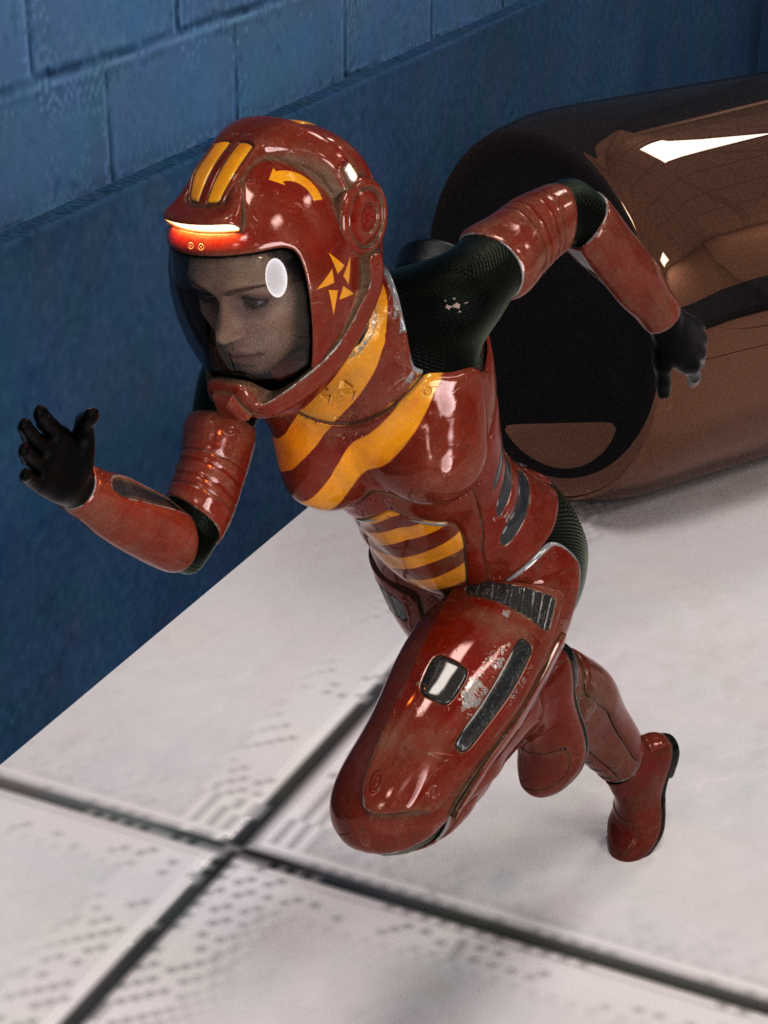 Like many carrer thieves Abigail was introduced to crime at an early age. A street orphan in Europa the only way she could survive was by stealing.

When her Alpha abilities activated she progressed to more advanced crimes, stealing to order for wealthy clients. For many years her work baffled CLEA as they had no idea how items were being stolen due to her means of gaining entry. However in one robbery her crime was picked up on CCTV and her secret was out.

One several occasions CLEA did manage to catch her but in all cases they did not have the proper equipment to contain her and so she escaped. This in turn gave her some notoriety, leading to better job opportunities. Having learned to steal as a means to survive, Abigail is not interested in harming others. Ironically though a criminal her avoidance to not harming others has over the years seen various Alpha Heroes give her amnesty in return for her help.

This would beneficial when the alien Zorn heard of her. Such an unusual Alpha Ability would be useful to his collection so he arranged for the Broker to capture her in order to study her. As what happened to many other Alpha’s he experimented on, her abilities ended up shifting and she lost her means to bend and reshape her body and instead was able to shrink it instead.

This allowed her to escape since Zorn’s contaiment on her worked on restricting her flexible body. In escaping though she learned that when in her small form she could hardly breathe. Scared and confused as to what had happened to her and feeling the world needed to be warned about Zorn, Abigail decided to try and attract the Phoenix Alliance. She figured as they had had run ins in the past it was a better option than showing up at a CLEA facility if she wanted to remain free.

When the team found Abigail she was in a total mess so they took the risk and took her back to the mansion in France. She was surprised to learn that they were already aware of Zorn. G-Wiz also had the chance to study her and worked out why she had problems breathing when she shrank. He figured it was down to molecular compression collapsing her lungs due to the amplified effect of gravity. The team leader also had a solution, an enclosed suit that would be able to shrink with her whilst providing positive pressure to keep her lung inflated. However he was not going to build it for a criminal so he gave her a choice, she could simply walk out of the mansion or she could choose to use her gifts for others and not herself.

Taking the opportunity to have a second chance, she accepted the latter. Two months later G-Wiz had finished a working prototype suit. Not one for being part of a team, Abigail elected to remain a lone operative but accepted she would be ready to be called upon when the Alliance needed her skills.

Thus the criminal Flex became the hero Shrink and few knew that they were one and the same.