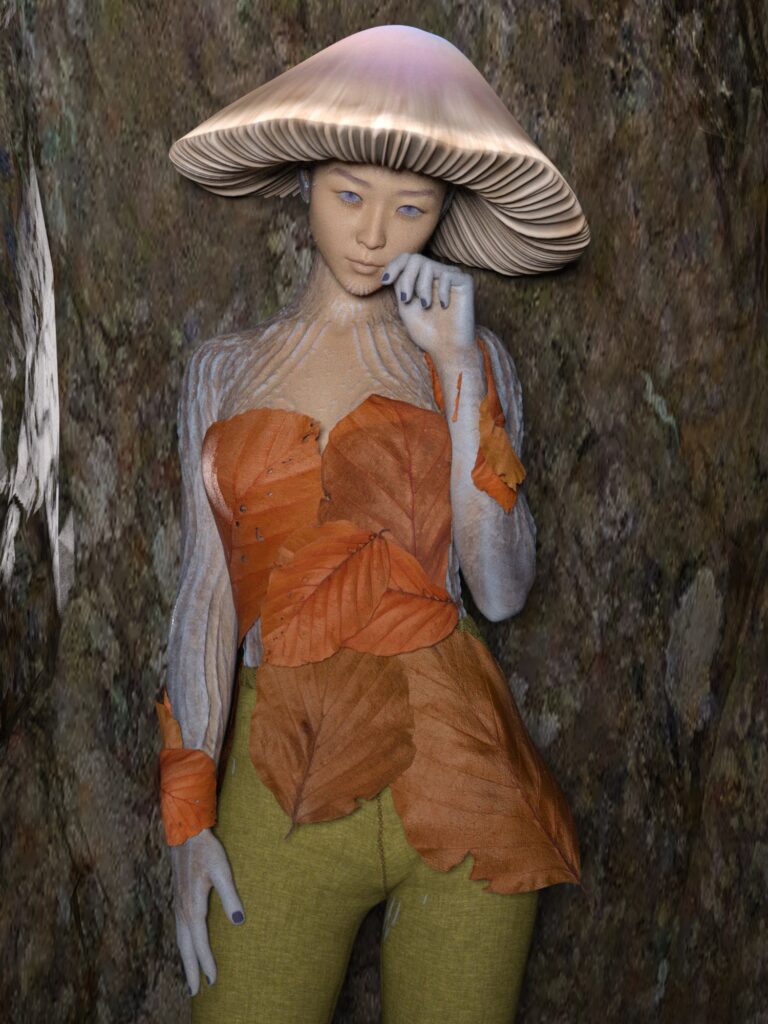 Tsui Li Na was one of the mercenaries, Richard Simmons (Greenhand) hired to escort him on a field trip to the islands that once were Japan and now known unofficially as the terror islands since the area is off limits to all but a select few controlled by an international committee.

Considered a biohazard zone, the area is filled with creatures and plants mutated by the presence of Bacteria Z, known collectively as species beta. The only humans on the Terror Islands are scientists and their specialist security. Anybody trying to gain access to the quarantine zone that extends some forty miles out to sea is arrested or forced to turn back.

Simmons though was determined to make it to the Terror Islands for he was being hunted by Biohazard, a group of humans who had been altered by Bacteria Z and had a vendetta against him. He figured if he could obtain samples of species beta then he would be able to gain an advantage or at least even the odds against Biohazard.
Very few mercenaries were willing to risk the penalties for attempting to visit the Terror Islands but with the right financial incentives he eventually managed to assemble a team which included Tsui Li Na.

At first the mission seemed to go well for they avoided the sea patrols and made it to the shore without alerting the authorities. Once there the team quickly captured several examples of species beta but did not dare to travel too far inland due to the increased danger.

However when it came to leaving one of the mercenaries failed to show up. Simmons suggested that the missing man must have fallen foul of a mutated creature and made plans to leave. Tsui Li Na though insisted they find her comrade and only leave once they knew whether he was alive or dead. Simmons refused to go on the rescue mission and stayed with the boat.

The team ventured inland for a few hours picking up the trail of the missing soldier but in a deeply wooded area, one by one Tsui Li Na’s team started to get picked off. When Simmons was attacked by another creature that had come across the boat he decided to abandon the others, assuming they had all met with a grisly fate.

In one respect he was correct for Tsui Li Na was attacked by a predatory creature that she could not even identify. The creature though failed to administer the fatal blow for it was distracted by a patrol of soldiers who had been dispatched from a nearby scientific research centre. Tsui had inadvertently tripped a sensor and alerted the base of her presence but close to death and in deep undergrowth the security patrol failed to find her.

After being attacked she had been left with severe lacerations and the loss of blood had caused her to pass out so even if she had seen the soldiers she could not have called for help. When she eventually came round she discovered that her wounds had “attracted” spores from a species beta fungi. The bacteria Z in the fungi had entered her bloodstream and she was in the early stages of mutating.

By the time the process had run its course over a few days, her wounds had heeled and she had changed into a hybrid human-plant. The mutation also had also mentally linked her to some of the carnivorous species of plant on the islands. Scientists studying the plants had learned that they had some sort of simplistic hive mind and now that Li Na was linked with them she could feel their thoughts. Since some of the plants had been taken for study, outside of their natural environment and in the confines of the lab they sent messages of pain and sorrow to the hive mind. Li Na felt these feelings which she could not escape from. Like a friend in need she felt obliged to do something.

Having fully mutated, Tsui had learned that she could shed her human form. Just like a fungus she could spread a mat of fibrous mycelium and regrow a new body anywhere within the ground hugging web. Desperate to liberate her plant “kin”, Li Na deliberately dropped her human guise and began spreading mycelium along the forest floor in the direction of the research base. The process took several hours but once at the base she gained entry via an air duct and then once inside she “regrew” her human form once more and went on the attack.

It did not take long for her hybrid form to get detected by the base sensors. Security came to deal with the situation and when she did not come peacefully they had no choice but to use deadly force. However each time she was “killed” she simply grew and a replacement from the mycelium and attacked again.
By the time she had finished many of the security force for the base had been neutralised along with the scientists. Able to more about without hindrance she was able to release the plants that had called to her.

This could have been quite dangerous for her since the plants did not have a problem attacking humans on sight. However Li Na communicated directly with them. The plants had “felt” a stranger in the hive mind and now knew it was her. The plants now considered her part of their “community”. Grateful for what she had done they offered her a place in the forest where she could be protected when the humans came after her. The plants certainly understood mankind for whilst the scientists had been studying them, conversely the plants had done the same with the scientists. They were aware that eventually humans would come to investigate what had been done and speculated that Li Na would be their target.

Though tempted by the offer, Li Na was still coming to terms with the revelation she was now part plant and was not sure which world she belonged to. Before abandoning the “human” world she wanted revenge on Simmons leaving her behind. The concept of retribution was new to the plants and they did not fully understand it. Despite this they escorted her through the forest until they got close to the remnants of an old city, the far side of which there was still a working dock area which was used to supply several of the research stations. The plants could now go no further for in the open they were vulnerable and on “man-made” materials such as concrete they dried out quickly. Li Na was now on her own.

It took several days before a ship eventually arrived. Since she was part fungus, she was strongest in the dark and so waited until nightfall before spreading her mycelium towards the dockside. It grew up the mooring lines and then spread through the boat until it settle in bowels of the ship at which point Li Na shed her human form and transported it across the mycelium until she was safely in a dark damp corner of one of the cargo holds.

Once the boat was out of the quarantine zone she began tracking Simmons. This took her nearly a couple of years and her best opportunity to exact her revenge occurred when she discovered one of Simmons secret storage locations. Simmons was not there at the time so she was going to simply settle on destroying everything but once she was inside the warehouse she discovered it was full of species beta carnivorous plants he was planning to use in his crimes.
Just as had happened on the Terror Islands she felt the presence of the plants in her mind. Li Na contemplated using the plant to kill Simmons after communicating with it but then figured if she did that then she was not better than him in using others to do the dirty work.
Unlike the plants on the terror islands these plants were youngsters. They had been kept starving as a means to ensure they were viscous when released. It was at that moment in Li Na had an epiphany and decided it was her duty to look after these captives and keep them safe from those that would do them harm. Without a second thought she liberated the plants.

Over the coming weeks she led the plants on hunting expeditions against livestock to build up their strength and that eventually attracted the law. During one raid some of the plants were killed and she was captured. Li Na admitted she had allowed herself to be captured and revealed her story. She also left a warning and that was if people did not want to become victims then they should simply leave her and her “family” alone. After that she shed her human form and escaped.

The information was then later passed onto CLEA. Since that incident Li Na, now using the name “Skullcap” has been seen on numerous occasions sometimes with her plants and sometimes without. Everything she does seems to be geared towards their well being and she is not afraid to fight to achieve her goals.