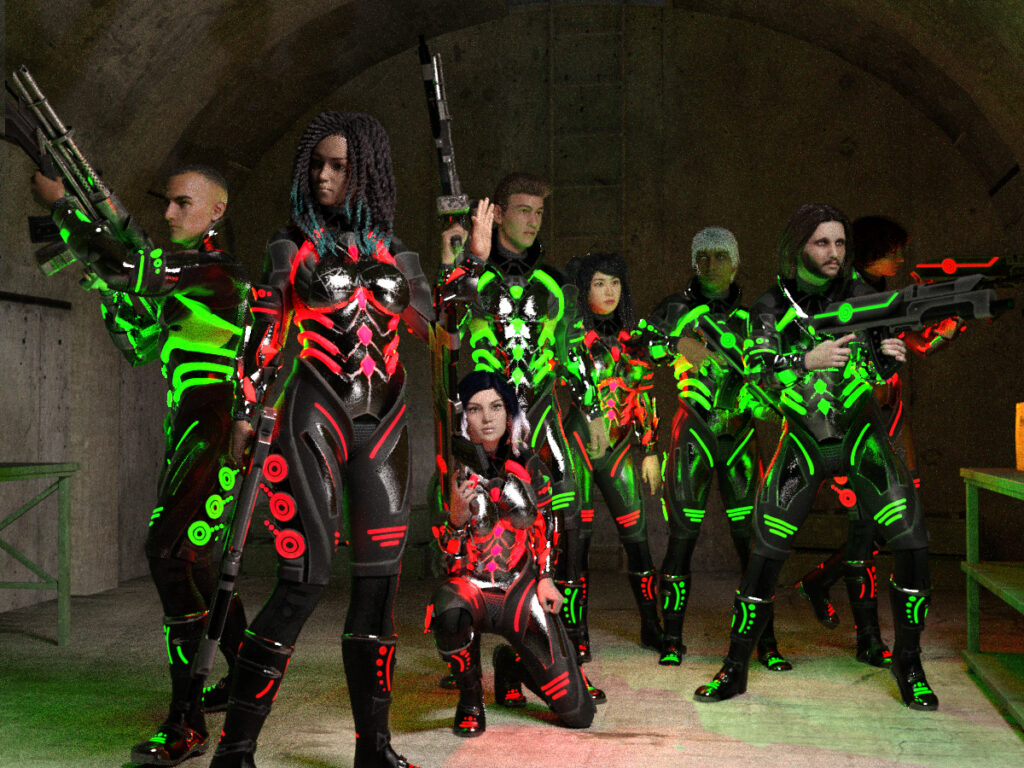 The Tech Collectors are the creation of Melissa Henshall aka Dr Blacksmith. Having seen how the Knight’s Forge operated she took what she had learned whilst with them and put it to good use. Figuring if the so called “good guys” could steal technology from the criminal underworld in order to help “heroes” deal with society’s undesirables, Melissa though that turnabout was fair play.

Having already got a personal score to settle with the Knight’s Forge she decided to form her own team of thieves to steal tech for the criminals. Getting hold of the latest technology cut down on development time so her methods were more than just a simple vendetta. It took her time to assemble the best thieves in the business but once she had them, they quickly earned a notoriety. Equipping them with the best tech meant that the Tech Collectors as they became known were not scared off by much since their equipment gave them an advantage. Today they remain very much at large and any tech that goes missing is largely blamed on the group.